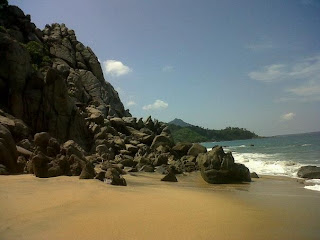 The large number of celebrities that visited Riviera Nayarit during last August helped to create an important brand awareness for the destination known as Mexico’s Pacific Treasure, generating a total of 22,410,018 direct media impacts during the month of August only.
Posts on social networks where fans said they’d seen Courteney Cox in Punta Mita, together with photos of Lady Gaga taking surfing classes at La Lancha beach, and Charlie Sheen’s tweets about his romantic weekend at the Four Seasons Punta Mita, created an ample media coverage for Riviera Nayarit, which contributed to expand our marketing efforts.
The social networks linked to the Convention and Visitors Bureau of Riviera Nayarit registered 637,058 direct impacts, most of which came from Twitter accounts, with 385,152 direct impacts from the Spanish account and 197,765, from the English account.
The 43 posts on our Spanish blog generated 3,557 unique page views, while the 39 posts in English generated 6,264 visits, according to statistical data offered by Google. On Facebook, the statistical information generated by the website registered 22,309 views in Spanish and 22,011 views in English.
National media provided the greatest coverage during the month of August, generating an estimated 14,172,960 impacts, while the media in the U.S. and Canada managed to get 7,600,000 people to know news about this destination, according to the monitoring conducted by the Convention and Visitors Bureau (CVB) of Riviera Nayarit and its PR agencies in Mexico and the United States.
The CVB of Riviera Nayarit is working intensely to promote our destination, and efforts like this one are helping to earn the trust of the market and to attract more tourists, while PR efforts aim to attract the attention of the most influential media to present the touristic offers of our destination.
IN NUMBERS
The following were the impacts generated by the marketing and PR efforts of Riviera Nayarit.

Riviera Nayarit and Puerto Vallarta, once again in the spotlight of Dutch tourism

Ready to catch the big fish at Riviera Nayarit
0 replies