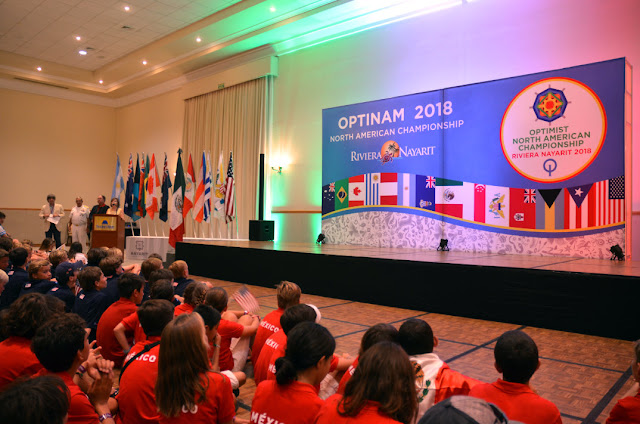 They are young, but they, too, have a place in nautical competitions. This Monday marked the start of the North American Optimist Championship (OPTINAM 2018) with the participation of 150 sailors between the ages of 12 and 15 from 14 different countries, a gathering of the top competitors in this category from the entire American continent.
The Vallarta Yacht Club, located in Nuevo Vallarta, is hosting the regatta, which takes place from June 25th through July 1st with three competitions in one: Optimist Individual North American Championship (INAM); Optimist Team Racing North America (TRNAM); and Optimist Nations Cup (NC).
The participants in the championship are the best, fastest, and most talented young sailors in the world. “Many of them will probably be the next Olympic champions,” said Linda Green, director of the VYC’s Youth Sailing Program.
Countries include Argentina, Australia, Bahamas, Bermuda, Brazil, Canada, Cayman Islands, Peru, Puerto Rico, Singapore, the United States, Uruguay, the US Virgin Islands and Mexico. 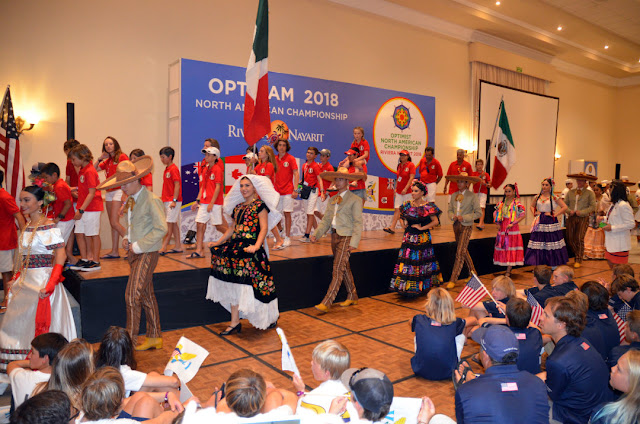 The inauguration
The opening ceremony took place on Monday, June 25th at the Paradise Village Convention Center following the presentation of the young sailors, who raised their respective country’s flags as they paraded by accompanied by their trainers and families.
The opening ceremony was presided over by Alberto Dana, President of the Mexican Sailing Federation (FMV); Claudia Guzmán, Director of the Bahía de Banderas City Hall Tourism and Economic Development office; and Marc Murphy, Director of the Riviera Nayarit Convention and Visitors Bureau (CVB) and the Bahía de Banderas Hotel and Motel Association (AHMBB). Mr. Dan Green, Commodore of the Vallarta Yacht Club, and Linda Green, Director of the Youth Sailing program, served as hosts. 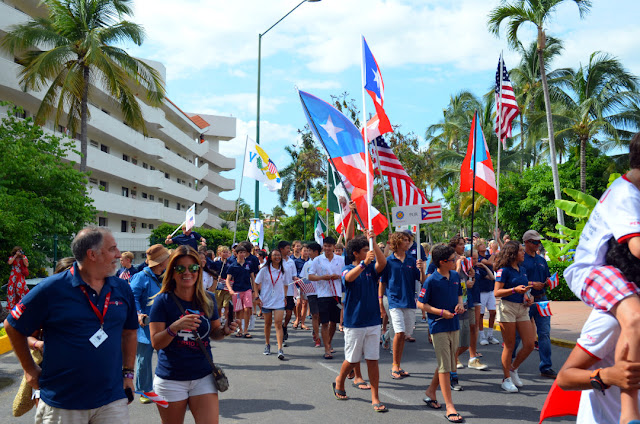 Information:
The Optimist is an international class of sailboat designed in 1947 for children between the ages of six and fourteen. It rapidly became the starter sailboat par excellence. It’s a simple boat, stable, but competitive. Over 100 countries are represented in the International Optimist Dinghy Association (IODA).
The class was designed by Clark Mills in 1947 and had its origins in a popular boat that looked like a soapbox used by many of the kids in Clearwater, Florida. 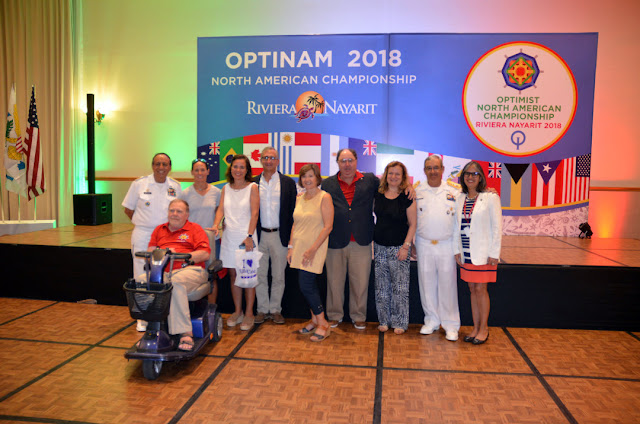 Tips for the general public
If you want to watch any of the races, they take place off the beach at Nuevo Vallarta and are visible from the coast. There is a spectator boat going out every day from the public dock at Paradise Village (behind the Yacht Club) at 1 p.m. for those who want to see the race up close; it returns at 5 p.m. The ship is a 75’ Hatteras and the ride costs $20 USD (or the equivalent in MXN). Tickets can be purchased at the Vallarta Yacht Club.
For more information on Optinam 2018 visit: http://2018northamericans.optiworld.org.
You can also follow the them on Facebook at http://www.facebook.com/2018.Optimist
https://www.rivieranayarit.com/wp-content/uploads/2019/07/logox300.jpg 0 0 1stonthelist https://www.rivieranayarit.com/wp-content/uploads/2019/07/logox300.jpg 1stonthelist2018-06-26 15:16:002018-06-26 15:16:00Riviera Nayarit Welcomes Top Optimist Sailors

REASONS TO ESCAPE TO THE RIVIERA NAYARIT

Riviera Nayarit in “The Best of Mexico 2019”

Music, Celebrities, and Plenty of Glamour at the 2018 Riviera Summer Weekend