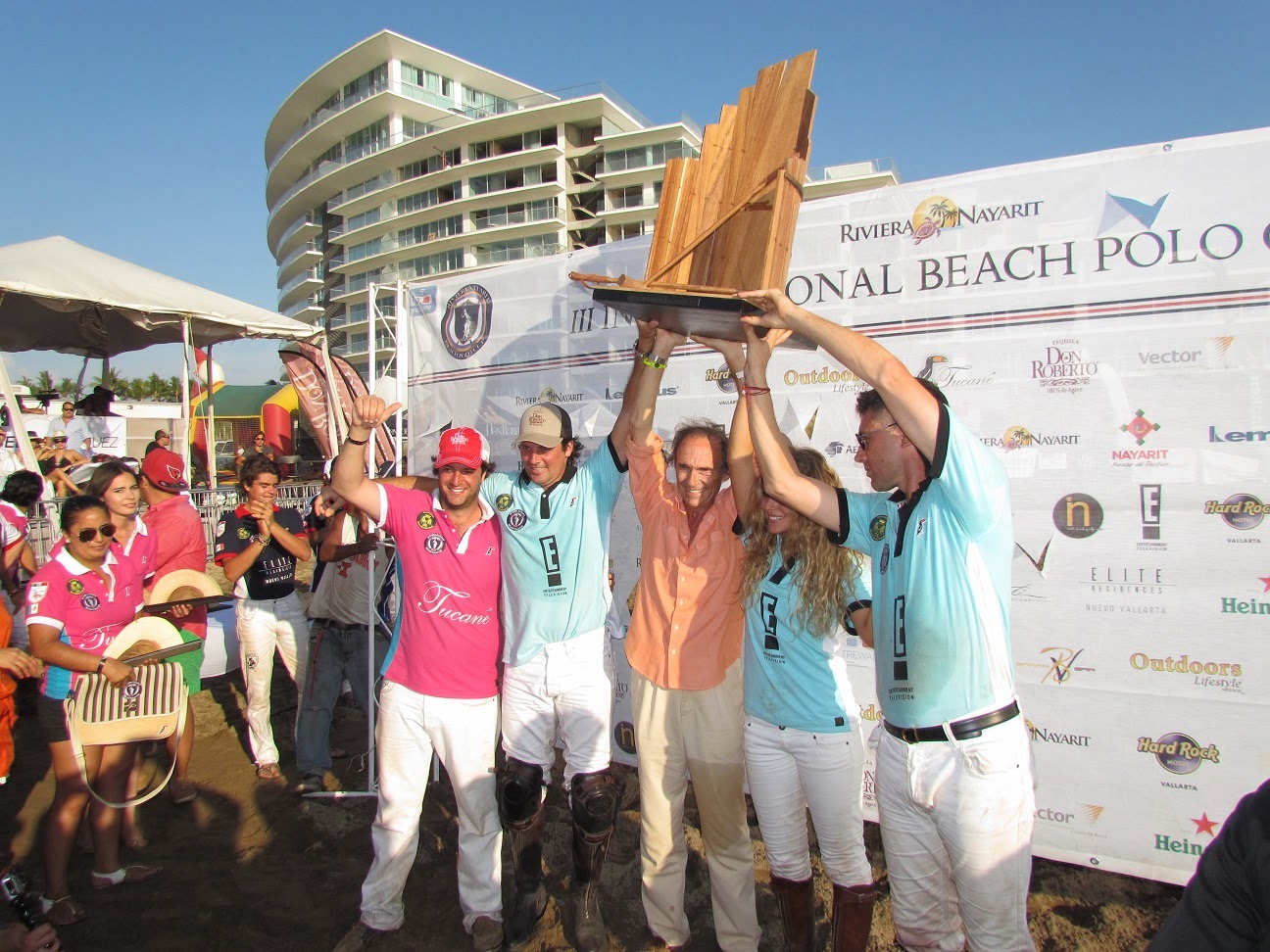 The third annual Beach Polo Cup was held at the Riviera Nayarit. As always, it was a delightful and classy event. The participants and guests were hosted at the Elite Residences and the Hard Rock Hotel, and all thoroughly enjoyed this experience, which continues to be a part of the legacy of this region.
The international players who visited the Riviera Nayarit said the climate was perfection itself for a game of polo. The winners were the E! Entertainment Agua Alta team from Careyes.
Chicco Cassanova, Nito Uranga and Maxime Mulenshausen won by defeating the Elite Residences team with a score of 8 against 6.5.
After the competition, José Antonio Amutio, Director of the event, was motivated and grateful for the excellent results.
“We’re so happy: polo keeps growing! This is our third consecutive year playing on the beach. The Riviera Nayarit has always believed in us and we’re very thankful for that,” he said. “We’d also like to thank the State Government, the authorities and all of our sponsors, the media… There are so many people that have made this possible.”
He promised a fourth edition of beach polo, which of course would be held in the Riviera Nayarit around the same date, since May is full of events that play off of the huge influx of visitors for Holy Week and Easter.
He also mentioned the level of players present, which are among the best in the world and include names such as Argentina’s Pablo Pierre.
“This has become an iconic event and we want it to keep growing,” commented Amutio. “We hope you’ll join us next year!”
Countries from Europe and North and South America sent players to compete in this tournament, which, among other things, positioned the Riviera Nayarit as one of the top luxury tourism destinations in Mexico.
https://www.rivieranayarit.com/wp-content/uploads/2019/07/logox300.jpg 0 0 1stonthelist https://www.rivieranayarit.com/wp-content/uploads/2019/07/logox300.jpg 1stonthelist2014-05-07 06:00:002014-05-07 06:00:00The Beach Polo Cup Was A Resounding Success