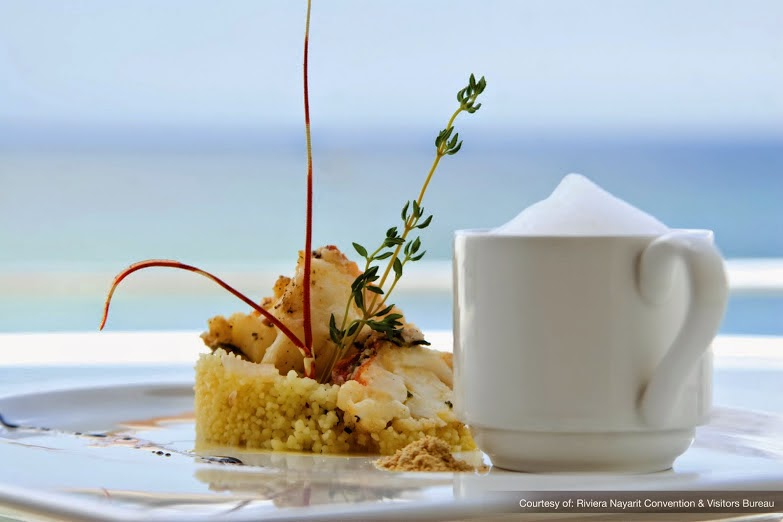 From kite-boarding to turtle conservation, Mexico’s coastal resorts of Puerto Vallarta and Riviera Nayarit offer an abundance of unusual, exhilarating activities, festivals and sporting events over the coming months. Highlights include Vallarta Pride, a must for LGBT travellers, and Riviera Nayarit’s Salsa Mambo Fest, which is said to be the best of its kind in the country.

May 1-4: Third International Beach Polo Cup, Riviera Nayarit
Held at the Hard Rock hotel Vallarta, this year’s International Beach Polo Cup will see eight teams of players from Mexico, Italy, Canada, Argentina and Switzerland compete over four days. Back in England, you’d expect a polo tournament to take place on turf; but in Riviera Nayarit, the steeds gallop along on sand so there will be no divots to stomp in at half time. In addition to the tournament will be a parade of horses and riders, a fashion show and a trophy ceremony in front of more than 650 spectators.

May 1-5: First Tennis Tournament Vallarta, Puerto Vallarta
Puerto Vallarta, which is considered one of the best tennis destinations in the country with more than 100 courts and balmy climate, will see its inaugural tennis tournament kick of at the beginning of May, welcoming both professional and amateur players.

May 6-11: FIVB Beach Volleyball, Puerto Vallarta
Watch as 64 pro teams from more than 40 countries battle it out in this hotly contested volleyball tournament at the State Pension property by Camarones Beach in Puerto Vallarta. Entry is free to the public.

May 7-10: Spoken Word by the Sea, Puerto Vallarta
For the fourth consecutive year, Puerto Vallarta will host The International Poetry Caucus “Spoken Word by the Sea”. The event contributes to the preservation of poetry and interpretation through an interactive show with participation of 14 poets from around the world, including Javier Sisilia and Diana Bracho. Special guests include Bernard Pozier and Isabelle Courtneaude from Canada. A special tribute to Italian Emilio Coco is also sure to be a highlight.

May 8-11: Salsa Mambo Fest, Riviera Nayarit
Dubbed “Mexico’s best salsa festival”, this four-day, five-night party will see the lithe and rhythmic work their moves on the dance floor, against a backdrop of blue sea and palm trees. The event, hosted at the five-star Marival Resort and Suites in Neuvo Vallarta, will include choreography workshops, training programmes, presentations by renowned dancers, DJs performances, concerts and live shows by some of the most talented in the world.

May 15-31: Restaurant Week, Puerto Vallarta and Riviera Nayarit
Taking place over two weeks, Mexico’s tenth-annual gastronomic event will see eateries in both Puerto Vallarta and Riviera Nayarit offering special fixed price, three-course menus, giving foodies the chance to sample a range of cuisine at reduced rates of up to 50 per cent. (Prices will be $199 or $299 pesos (£9-£14) per person, with tips and drinks on top.) Participating restaurants will include Daiquiri Dick’s in Emiliano Zapata, Fusion Gourmet in Amapas and La Leche in the Hotel Zone.

May 16-18: Festival of Wind, Riviera Nayarit
This series of adrenalin-fuelled kite-boarding tournaments will see competitors take part in four key events. Downwind is expected to attract around 200 people to the waters of Banderas Bay, where contestants will race towards Bucerias. Open to pros, amateurs and women, the Freestyle contest will allow the most skilled among them to show off their best tricks, while there will also be Course Racing and the impressive Big Air showcase, which will recognise those who can perform the highest jumps.

May 22-26: Vallarta Pride, Puerto Vallarta
The second annual gay pride festival for the region will take place towards the end of May, beginning with a screening of documentary film “Gay Vallarta” at the Mantamar Beach Club Bar and Grill, followed by a performance by the Puerto Vallarta Men’s Choir the next day. On the Friday night will be the LGBT Casa Cupula party and the Women’s Party at El Arrayan, while the Saturday will not only see a “commitment ceremony” take place at the Lido Beach Club, but the gay pride march and after-party at Lazaro Cardenas Park.

June 5-8: MotoFiesta Rincón de Guayabitos, Riviera Nayarit
Get your engines ready! More than 500 bikers from all over Mexico will descend on the shores of this small seaside town to show off their machines to thousands of spectators. There will also be a parade, concerts, competitions and shows.

June 12-14: Fourth International LGBT Business Expo Vallarta Nayarit, Puerto Vallarta
This three-day conference will see participating companies including American Express and Marriott International, along with the presentation of findings from Out Now Global’s “LGBT2020” study on Latin American LGBT markets. Events will include seminars, workshops, networking and exhibitions in a bid to promote the region as a gay-friendly destination.

July 1-December 30: Turtle release, Puerto Vallarta
The turtle-hatching season begins in July, and to help ensure their safety on their journey across the sand to the sea, local hotels such as the Casa Magna Marriott, Presidente Intercontinental and Westin Resort in Puerto Vallarta will be organising to release them on the beaches. (The delicate hatchlings are collected first by expert conservationists who are in charge of the protection of these animals.)

July 17-19: Eighth Edition of Banderas Bay Fishing Tournament, Riviera Nayarit
Taking place in the waters around Neuvo Vallarta, this annual sport fishing contest will award teams who haul in the biggest catch (think marlin, shark, tuna, swordfish and sailfish). There will be a prize-giving ceremony at the local Yacht Club on the final evening.
https://www.rivieranayarit.com/wp-content/uploads/2019/07/logox300.jpg 0 0 1stonthelist https://www.rivieranayarit.com/wp-content/uploads/2019/07/logox300.jpg 1stonthelist2014-05-07 13:16:002014-05-07 13:16:00Feasting, Fishing, Festivals and Fun! 10 reasons to get married in the Riviera Nayarit

Riviera Nayarit Hotels Among The Best In The World