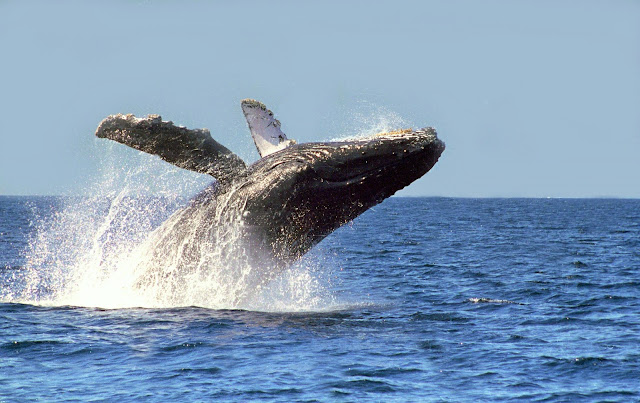 Every year they arrive in Banderas Bay after an impressive 16-thousand-kilometer trip from the Arctic in search of warmer waters to give birth to their calves. These humpback whales are the region’s most faithful visitors, and one of the top natural and tourism attractions in the Riviera Nayarit.
The parade of these marine giants started at the beginning of December and they’re already being admired by hundreds of tourists, with tail splashes and spectacular leaps that show off most of their huge bodies outside the water.
The arrival of the whales marks the start of the whale-watching season, and there are several companies and boats certified to offer this service. This is one of the most popular tours with visitors and an experience no traveler should miss. 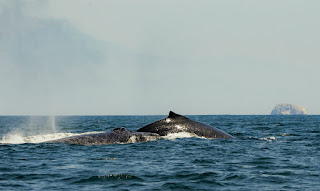 The 2017-2018 season in Banderas Bay officially began December 8thwith the awarding of permits to the tourism service providers on behalf of the Ministry of Environment and Natural Resources (Semarnat) and will conclude in mid-March. Nayarit handed in 134 observation requests and Jalisco 128.
Protected species
Roberto Rodríguez Medrano, head of the Nayarit branch of the Semarnat, informed the humpback whale is a protected species and therefore all whale-watching activity is regulated by NOM-131-SEMARNAT-2010, which establishes the guidelines and specifications for its protection and the conservation of its habitat.
He added the boats must be certified to provide the service, guaranteeing they will respect the distance they must maintain to safeguard these cetaceans. Touching or feeding the whales is prohibited, but they’re curious and often provide quite the spectacle for their viewers. 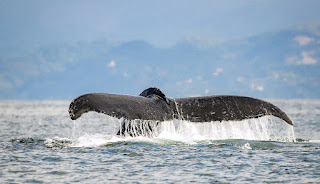 This activity has an important economic relevance in the municipalities of Bahía de Banderas, Compostela, San Blas and Santiago Ixcuintla. Part of the service providers’ commitment is to assist a yearly training course offered by the Semarnat. Once finished, they receive their permit and a banner identifying them as trained to guarantee the safety of both tourists and whales. Punta Mita Expeditions is one of the companies that promote whale-watching tours in the Riviera Nayarit, and their naturalist guides recommend visitors be very patient and present during the sightings.
The first sign in locating them is the blowhole spray that explodes when the whales reach the surface to breathe. After a few inhalations they submerge again, bending their backs in a hump-like manner, hence the name: humpback whale. When they go under they flash their enormous tail—a truly impressive sight. 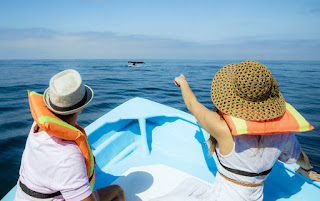 There are endless places along the Riviera Nayarit to enjoy whale-watching tours, starting from Nuevo Vallarta to Bucerías, Punta de Mita, Sayulita and Rincón de Guayabitos, and all along the coast towards Santiago Ixcuintla, passing through San Blas.
The facts:
The humpback whale is the fifth largest whale in the world. They’re between 12 to 19 meters long and weigh between 30 and 40 tons.
The population of humpback whales in the northern Pacific is approximately 20 thousand individuals; in a normal year the Banderas Bay registers between 300 and 500 of these mammals.
Source: Ecobac (Whale Conservation and Ecology)
https://www.rivieranayarit.com/wp-content/uploads/2019/07/logox300.jpg 0 0 1stonthelist https://www.rivieranayarit.com/wp-content/uploads/2019/07/logox300.jpg 1stonthelist2017-12-20 11:25:002017-12-20 11:25:00Humpback Whales, Riviera Nayarit’s Most Loyal Visitors