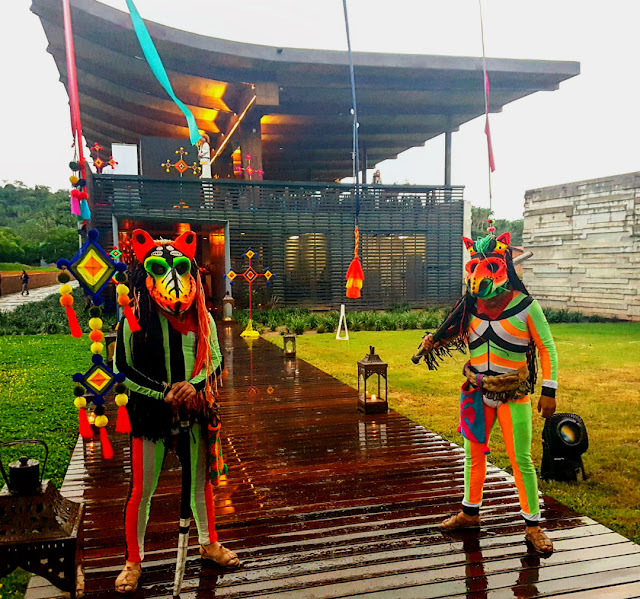 This is Mexico’s youngest destination—and in the 10 years since its creation, the Riviera Nayarit brand has become a complete success and has established itself as one of the top destinations domestically and internationally.
During this decade it has grown in a comprehensive manner, not only with an increased influx of national and foreign tourists, but also with the arrival of renowned hotel chains that have given it the identity and prestige of an exclusive luxury destination.
The celebration took place on Friday, December 15th at the magnificent complex at La Patrona Polo & Equestrian Club, located in the coastal town of San Francisco, Nayarit. Invitees included tourism industry representatives, as well as state and municipal authorities. Part of the festivities included the 1st “Riviera Nayarit 10” Polo Cup. 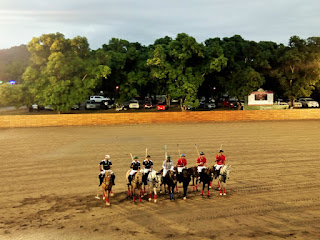 The festivities were bright and colorful, and every detail paid homage to the Wixárika culture—one of Nayarit’s main ethnicities—, as an example of the cultural riches of the state. This is a concept the Riviera Nayarit has adopted since its creation, and it has been a part of it during the past 10 years of operation.
Mission accomplished
Marc Murphy, Managing Director of the Riviera Nayarit Convention and Visitors Bureau (CVB), welcomed attendees with a brief review of the brand since its inception in 2007 when it was presented at the Tianguis Turístico in Acapulco, all the way through to its evolution and consolidation in 2017. “The destination known as Mexico’s Pacific Treasure is today a source of pride and an example to follow,” he stated. 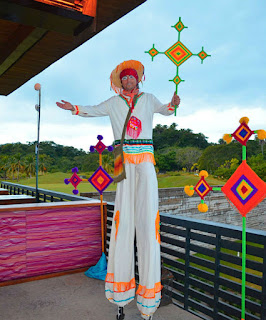 Afterwards, Murphy turned the floor over to Fernando González Ortega, President of the CVB and the Bahía de Banderas Hotel and Motel Association (AHMBB), who highlighted the fact that since its conceptualization the Riviera Nayarit was focused on being a high-quality, low-density destination and today, 10 years later, it’s possible to confirm the brand’s penetration in top markets such as the United States, Canada and Mexico, as well as a high level of recognition by travel agencies. However, he stated the challenge is to increase brand recognition on the consumer level.
He also celebrated the excellent results obtained after the destination signed a joint promotional agreement together with Puerto Vallarta, with the support of the Mexico Tourism Board (MTB). This helped overcome one of the biggest tourism crises in the country, and the results are palpable: more flights, the recovery of the number of tourists visiting the destination, more investment and more hotels. 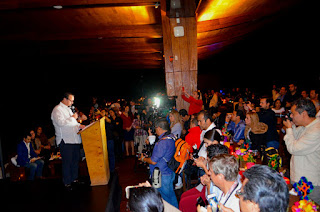 “We’re very satisfied. There’s a legacy,” he commented. “The foundation has been laid. This is a solid base from which the new generations can continue to grow in the promotion and care of this destination. The Riviera Nayarit has come of age in the ten years since its creation. The Riviera Nayarit is a model for success. We can truly say: ‘Mission accomplished!”
Among the special guess was Nemesio Castañeda Coppel, Nayarit’s Undersecretary of Tourism, was in attendance representing the Governor of the State, who reaffirmed the commitment to supporting the promotional efforts of the CVB. 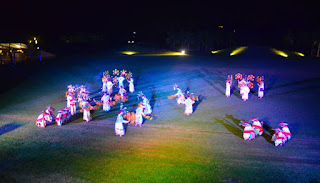 Also present was Delegate Leopoldo Domínguez, President of the Nayarit State Congress; as well as Jamie Cuevas Tello, Mayor of Bahía de Banderas; both of whom expressed their commitment to continue their work as allies of the Riviera Nayarit, prompting certainty and confidence among investors.
THE RIVIERA NAYARIT BY THE NUMBERS
The Riviera Nayarit was created in 2007 with the purpose of representing and strengthening the 23 micro-destinations that make up the coast of the state of Nayarit. The biggest challenge was in positioning the Riviera Nayarit brand on both domestic and international levels and differentiating it from other existing beach destinations in Mexico.
Throughout these past 10 years, the Riviera Nayarit has achieved a presence via the following:
2,400 tourism industry events
5,000 articles in prestigious local, national and international media
450 advertising campaigns in 12 countries
276,982 followers on social media
500 high impact events (as host)
Number of visitors:
3 million tourists (500 thousand more than in 2007)
Hotel occupancy:
75% annual (an increase of 15% over 2007)
Hotel rooms:
16 thousand plus an additional
10 thousand projected over the next 5 years
https://www.rivieranayarit.com/wp-content/uploads/2019/07/logox300.jpg 0 0 1stonthelist https://www.rivieranayarit.com/wp-content/uploads/2019/07/logox300.jpg 1stonthelist2017-12-18 13:01:002017-12-18 13:01:00Youngest Destination, Riviera Nayarit, Celebrates 10 Years Of Success

SMBs Formalize In The Riviera Nayarit

Restaurant Week returns to the Riviera Nayarit with a patriotic flair

Riviera Nayarit will be promoted in London

132 fishermen compite to catch the big fish at Riviera Nayarit