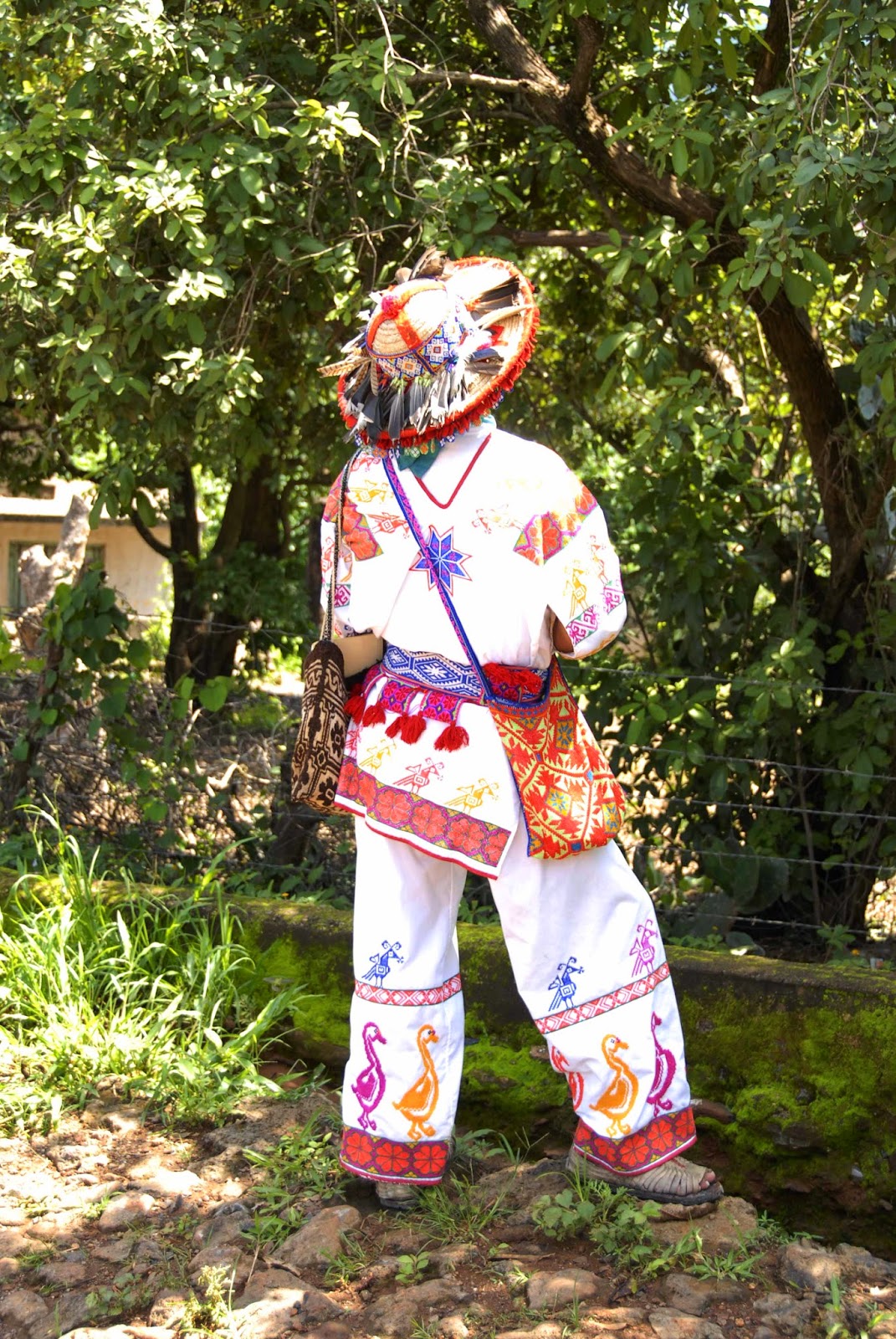 Mexico is rich with indigenous cultures—over 60, in fact. Among them are the Huichol, which live in our state of Nayarit as well as Jalisco, Zacatecas and Durango, the latter two with minority populations.
The Huichol are also known as the Wixaritari and they live in the Nayar and Yesca regions of our State. They are characterized by their colorful and beautifully designed costumes, all of which have a religious significance. The beaded collars on the women’s clothing are remarkable, while the men sport palm-frond hats adorned with beads or carry yarn bags—their number and color are a symbol of the socioeconomic status of their owner.

Their religious beliefs can be summed up as follows: “Both maize and deer represent vital sustenance, while the peyote is the center of their religion, their means of transcending the earthly plane and the physical manifestation of the most sacred.” (CDI. COMISIÓN NACIONAL PARA EL DESARROLLO DE LOS PUEBLOS INDÍGENAS)

This indigenous community has contributed much to Mexico through its art, gastronomy and traditions. Their art is, in fact, the standout, a means of expression that represents or reflects their religious beliefs through intricately created objects, collars, clothing, and temples as well as their music and chanting. Among the many elements they utilize are beads and yarn. Visitors can enjoy the opportunity to discover this and much more from this fascinating group as they explore the Riviera Nayarit, as many Huichol live within the community and are part of the experience offered by the destination through their diverse arts and crafts.
Squash, maize, chile, potatoes, beans, coconut, fish and seafood dominate the Huichol gastronomy. Daily menus include tamales; the huachales prepared with maize and dried coconut; the temachera, which is edible bark from a local tree generally cooked over an open fire and bathed in Huichol sauce; and, for dessert, polvorones, melcochas, chocolate enmarquetado and dulce de papa, all tasty treats for any sweet tooth.
To wash it all down, try delicious drinks such as the atole blanco, tree-bark tea, tequila, tepacha and agua de cebada and tejuino.
Be sure to include a visit to the Huichol as part of your trip to the Riviera Nayarit—they are warm and welcoming, with a great sense of humor. It’s an occasion you’ll not soon forget, because part of the luxury of the Riviera Nayarit is in the experiences you’ll take home.
For information on the Nayar and the Yesca: http://www.nayarit.gob.mx/estado/regiones.asp
Packages and special promos: http://www.rivieranayarit.com/special_deals
###
Stay updated: Don’t forget to follow us on our social media and, if you enjoyed this newsletter, share it with your friends and colleagues!
https://www.rivieranayarit.com/wp-content/uploads/2019/07/logox300.jpg 0 0 1stonthelist https://www.rivieranayarit.com/wp-content/uploads/2019/07/logox300.jpg 1stonthelist2015-03-19 11:31:002015-03-19 11:31:00The Legacy of the Huichol Culture