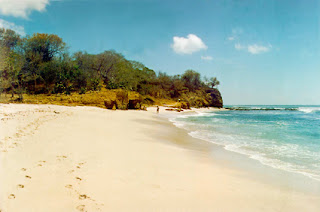 On September 7 and 8, Riviera Nayarit and Puerto Vallarta will work together as honorary guests at MexiFest, which is part of the MexiGo! Expo. The expo is one of the most important travel and touristic events for the Canadian market, and will take place in Vancouver on September 1 through 16. The Mexican Council for the Promotion of Tourism (CPTM), and the Embassy of Mexico in Canada will also support the event.
The two destinations will interact with thousands of Canadians that will visit this Expo that focuses on Mexico only. Marc Murphy, Managing Director of the Convention and Visitors Bureau of Riviera Nayarit said, “I’m delighted to participate in the Mexi-Go! Expo. As a fellow Canadian that loves Mexico, I celebrate Mexi-Go! for its continuous promotion of the beauty of Mexico and its people. Riviera Nayarit is a magical destination that has quickly become a favorite among Canadians due to its amazing natural settings and the unforgettable experiences it offers, and also because of its extensive world-class lodging options, its nautical infrastructure and its golf courses. I’m convinced that with this event, even more Canadians will visit us, once they learn more about the options offered by this destination.”
The joint work by Riviera Nayarit and Puerto Vallarta will include a party for travel agents and the participation of the entire touristic industry of the region, which has been invited to introduce all the features of our region.
John Hansen, Director of Business Development of Mexi-Go! said, “We’re thrilled to confirm both destinations as exhibitors, as we constantly promote them through our magazine. We attended the Tianguis Turistico and had the opportunity to witness the success of these two destinations working together.”
Canada is Mexico’s second largest commercial partner. Our country welcomes over 1.7 million Canadian tourists every year, and represents the number one retirement destination for them. With the imminent retirement of the Baby Boomer generation, it’s expected that within the next 15 years over one million Canadians will retire in Mexico either permanently or temporarily. The Canadian traveler spends more time and money in Mexico than any other nationality, and this is why we’re working together to target this market.
https://www.rivieranayarit.com/wp-content/uploads/2019/07/logox300.jpg 0 0 Marc Murphy https://www.rivieranayarit.com/wp-content/uploads/2019/07/logox300.jpg Marc Murphy2012-07-23 08:40:002012-07-23 08:40:00Riviera Nayarit and Puerto Vallarta will seek to attract Canadian tourists Another romantic spot at Riviera Nayarit

Riviera Nayarit and Funjet are being promoted in Milwaukee

The Beautiful People Vacation In The Riviera Nayarit