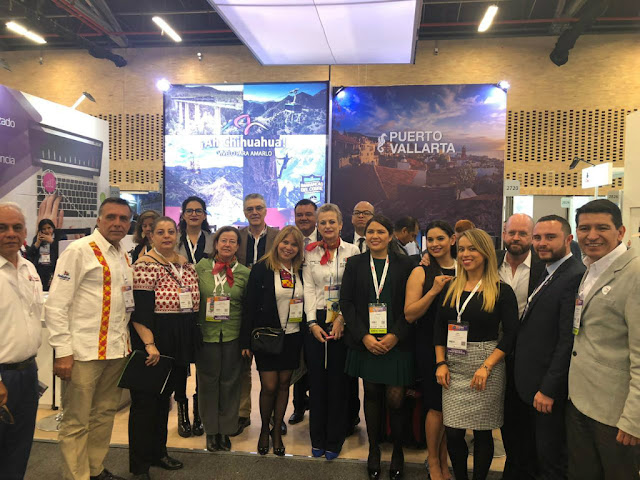 The Riviera Nayarit is seeking new niche markets, which is why the destination took its luxury and nature offer to the southern reaches of the continent, where it was a standout in Colombia’s Tourism Showcase, organized by the Association of Colombian Travel Agencies and Operators (ANATO).
The participation of Mexico’s Pacific Treasure at ANATO, considered one of the most important travel fairs in South America, took place together with Puerto Vallarta’s Tourism Trust (Fidetur) and associated destination hotels; the event ended with excellent news for the region.
Lucero Guerrero, Marketing and Sales Manager for the Riviera Nayarit, announced that several FAM trips to the destination were decided upon as a result of their participation of this fair, and that, among the marketing actions programmed for the upcoming months, there would be a review of the tourism product wholesalers are currently managing in order to boost sales. Alliances were also renewed with the Colombia’s main business partners. According to the stats from Datatur (the Mexico Tourism Sector’s National Statistics Information System), this country is the fourth destination of origin for tourists to Mexico. 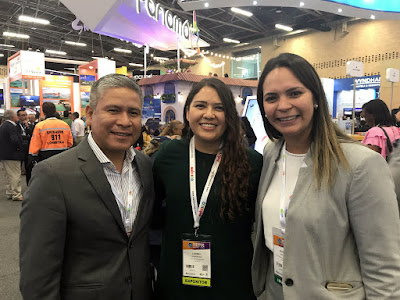 Promotional activities
The promotional activities began in Bogotá before the main event: on Monday, February 25th, 30 travel agents were convened by wholesaler TuReserva.Com for a destination presentation. On Tuesday the 26thanother presentation was held for over 50 travel agents convened by PriceAgencies, PriceTravel’s B2B that according to Manager Zoraida Cedeñno has been positioning itself strongly within the Colombian market. That same afternoon the team hosted a lunch with the directors from Universal Group, a travel agency with a presence in several Colombian cities. The meeting resulted in a travel agent FAM trip to the Riviera Nayarit, as well as a year-long joint marketing program via the public relations office based in Bogotá. 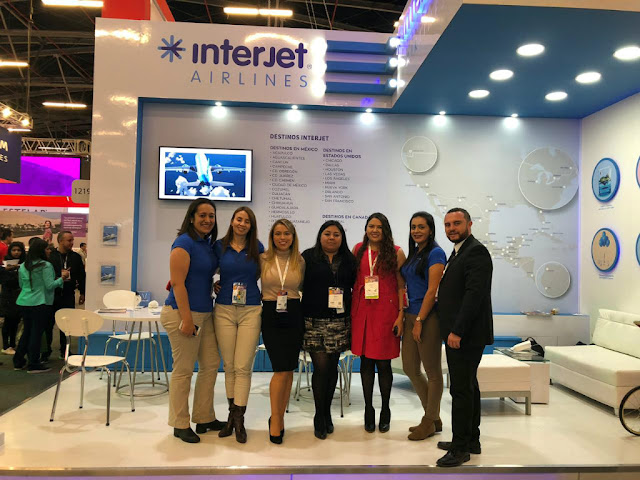 From Wednesday February 27th through Friday, March 1st, all activities were focused at the ANATO fair, held at Bogotá’s Corferias International Business and Expo Center, where the Riviera Nayarit and Puerto Vallarta held over 25 business meetings with tourism wholesalers, airlines, and travel agencies. One of the airlines, Interjet, has been consolidating its connectivity with Mexico, adding a new direct route from Medellín, Colombia. The airline currently has two direct daily flights to Mexico City—of these, Puerto Vallarta-Riviera Nayarit represents the third most important connection, with a flow of approximately 3,000 passengers by the end of 2018.
The growth of Aeroméxico is also notable—the airline is opening a new route from Cali to Mexico City and currently has direct flights from Bogotá and Medellín, which greatly enhances the connectivity with Colombia, a destination that has been reacting very positively to the Riviera Nayarit’s marketing. 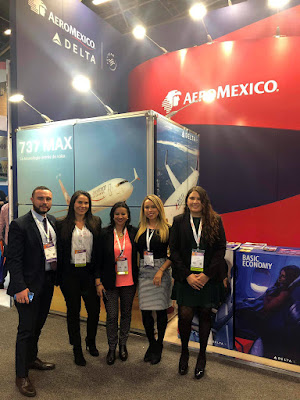 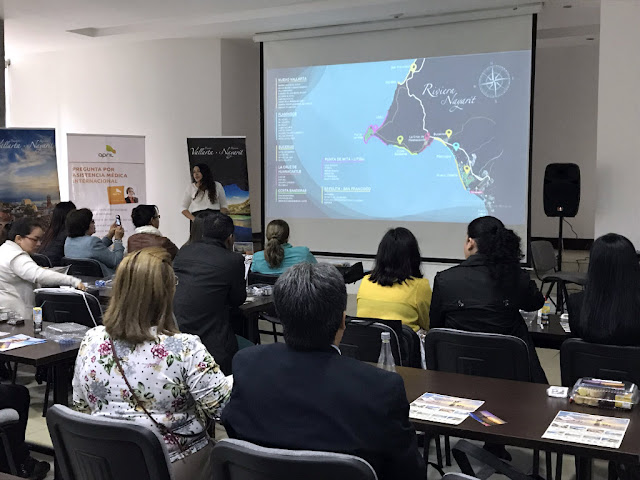 MORE INFO:
During its 38th edition, the ANATO Tourism Showcase registered the participation of 40 countries and approximately 5,500 business meetings, with an increase of 6% of industry professionals compared to 2018. During the three days of the event there were 38,500 attendees at Corferias and approximately 200,000 professional contacts.
Among the wholesalers that met with the team were Tu Reserva.Com, Travel Depot, Viajes Chapinero, Pelícanos, Solways, Turivel, CIC Mayorista, Vidatur, Viajes Éxito, All Reps, Viajes Alkosto, DM Destinos, Bluesky, RTM Mayorista de Viajes, and Viajes Circular. Most of these wholesalers were from Colombia’s main cities with others from Costa Rica, Peru, and Ecuador. 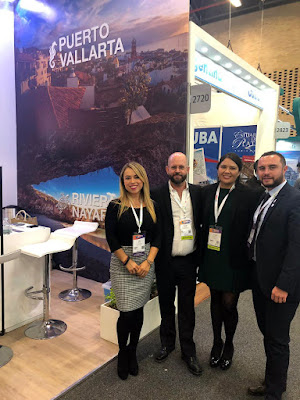 ###
The Riviera Nayarit Convention and Visitors Bureau (CVB) and the Bahía de Banderas Hotel and Motel Association (AHMBB) continue to strengthen the promotion of the destination, helping to position it on the domestic and international maps with the support of the Government of the State of Nayarit via the Tourism Promotion Trust (Fiprotur).
https://www.rivieranayarit.com/wp-content/uploads/2019/07/logox300.jpg 0 0 1stonthelist https://www.rivieranayarit.com/wp-content/uploads/2019/07/logox300.jpg 1stonthelist2019-03-08 11:27:002019-03-08 11:27:00The Riviera Nayarit shines in Colombia’s ANATO tourism showcase