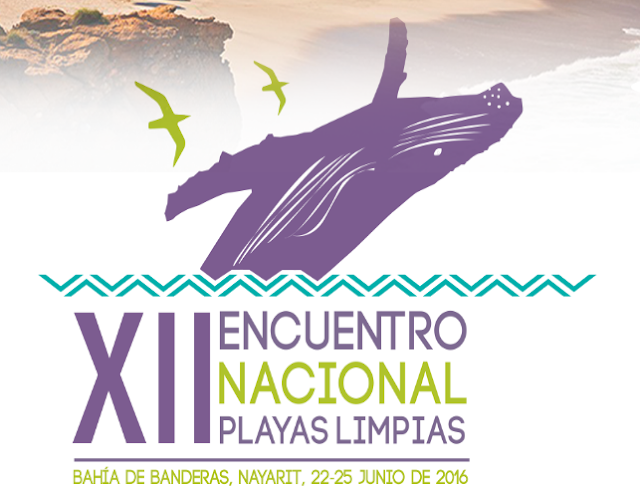 The XII National Clean Beaches Convention will take place from June 22-25, 2016 at the Paradise Village hotel in Nuevo Vallarta in the Riviera Nayarit’s municipality of Bahía de Banderas.
The Rivera Nayarit CVB’s Groups and Events office has been hard at work coordinating everything necessary to ensure the success of this important event, where the Riviera Nayarit takes the spotlight for being first in place in number of Certified Clean Beaches, as it currently boasts 10 of Mexico’s total of 33.
The Riviera Nayarit is hosting the event and the timing couldn’t be more perfect, as it recently obtained the first certification as a Clean Tourism Destination for Nuevo Vallarta and last year La Cruz de Huanacaxtle’s Marina Riviera Nayarit received the first Blue Flag Award ever given to a marina, among other environmental acknowledgments.
Over one thousand expected attendees—who currently make up the 39 committees established in the 17 states of the Republic divided among 64 tourism destinations—will register on Wednesday June 22nd. There are four workshops are programmed for Thursday, June 23rd, all of which will run from 10 a.m. through 7 p.m.
The grand inauguration is on June 24th when the certificates for the clean beaches and the Blue Flag will be legalized. Roberto Sandoval, Governor of Nayarit, and José Gómez, Mayor of Bahía de Banderas, are hosting the event. Discussion panels and keynote addresses will be held from that date on through Saturday, June 25th.
This magnificent event will be led by the Federal Government with the presence of the heads of different offices including the Ministry of Tourism (Sectur, by its acronym in Spanish), the Ministry of the Navy (Semar), the Ministry of Environment and Natural Resources (Semarnat), the National Water Commission (Conagua), and the Environmental Division of the Federal Attorney’s Office (Profepa), among others.
There are 31 tourism destinations in Mexico with Certified Clean Beaches and 21 destinations boasting the Blue Flag award. Click here for all the details: http://www.playaslimpias2016.com.mx/index.html.
https://www.rivieranayarit.com/wp-content/uploads/2019/07/logox300.jpg 0 0 1stonthelist https://www.rivieranayarit.com/wp-content/uploads/2019/07/logox300.jpg 1stonthelist2016-06-10 06:00:002016-06-10 06:00:00Riviera Nayarit To Host XII National Clean Beaches Convention

2nd Salsa Mambo Fest To Be Held In The Riviera Nayarit

St. Regis Stands Out Among The 2017 Smart Stars Award Winners

Top 10 Islands And Natural Protected Areas In The Riviera Nayarit