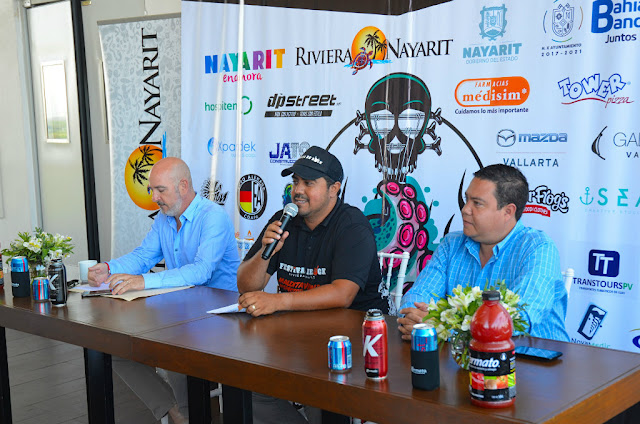 The Riviera Nayarit is ready to give Holy Week a very musical welcome. One of the most anticipated events is the 2nd Riviera Nayarit Rock Festival to be held on Friday, April 19, 2019, on the Crucero de Mezcales esplanade in Bahía de Banderas.
After a very successful first edition on June 2018 this year’s festival promises twice the fun and twice the music with the presentation of stellar Mexican bands Maldita Vecindad, Insperctor, and Genitallica.
During a recent press conference, organizers and sponsors joined tourism authorities to announce the event details, expected to last for 12 hours. Bands in addition to the headliners include Cirko Kandela, Anagrama, Los del Atiko, Cantus Eterna, Job Sebastian, and Rox Sand, among others, from Tepic, Guadalajara, Mexicali, and Coahuila. The afternoon and evening are expected to be adrenaline-charged and unforgettable.
“Holding events is key for a destination to stay current and for tourists to have something to do besides enjoying the natural attractions,” said Marc Murphy, managing director of the Bahía de Banderas Hotel and Motel Association (AHMBB) and the Riviera Nayarit CVB. 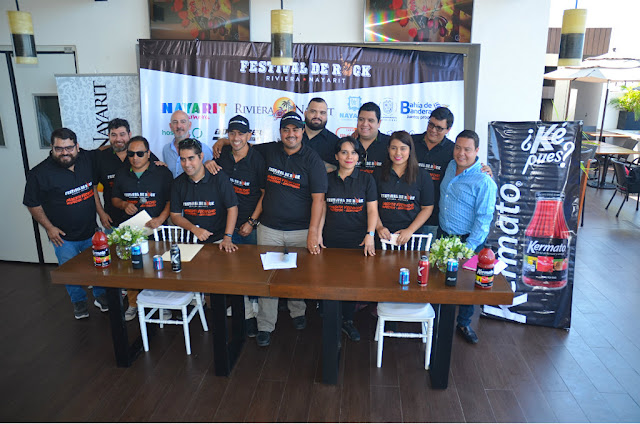 He added that an estimated 15 thousand people are expected to attend the festival, bringing in important revenue. The festival is intended for both tourists and locals.
The Riviera Nayarit Convention and Visitors Bureau (CVB) and its Groups and Events desk supports more than 80 events of all types each year. This collaboration has significantly increased the arrival of visitors, which benefits the entire gamut of tourism services in the area, as well as giving the destination more exposure both nationally and internationally. 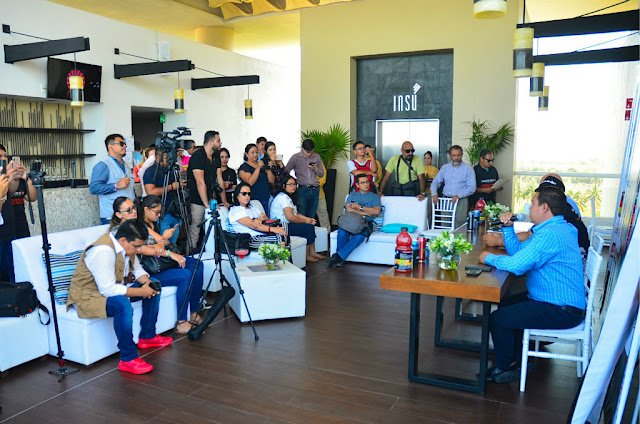 Israel Guerrero, director and organizer of the event, announced this second festival is expected to exceed the previous year’s show, meaning organizers had to rethink both the event space and the security factors. Work began on the festival four months ago and included the preparation of the mall for the performances—a four-hectare area that will include a stage plus spaces for food and souvenir sales.
“We decided to hold it during Holy Week even though we know the destination is full,” said Guerrero. “We wanted to give it even more promotion and help boost the destination, which welcomed us and endorsed us with the municipal and state authorities and the Riviera Nayarit CVB.”
Claudio Vallarta, representative of the Ministry of Tourism of the State of Nayarit, reiterated the interest of the Government of the State of Nayarit and Secretary of Tourism Ana Cecilia Llanos in supporting this type of recreational events that attract visitors and generate jobs. 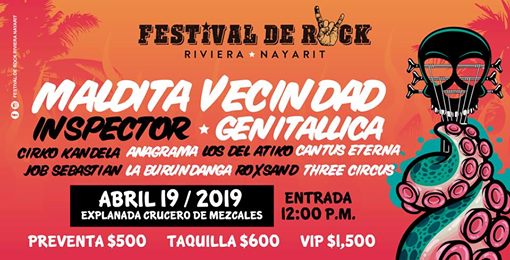 More info:
·      The 1st Riviera Nayarit Rock Festival is open from 12 noon to midnight on Friday, April 19that the Crucero de Mezcales esplanade.
·       The doors will open at 11:30 a.m.
·       There is public parking available near the esplanade.
·       There will be a security detail plus staff from three local hospitals with their respective ambulances.
·       Transportation is available until midnight.
·       The headliner bands will play around 90 minutes each.
·      Prices: $600 MXN general admission and $1,500 MXN VIP area.
For more details: www.festivalderock.com.mx
###
The Riviera Nayarit Convention and Visitors Bureau (CVB) and the Bahía de Banderas Hotel and Motel Association (AHMBB) continue to strengthen the promotion of the destination, helping to position it on the domestic and international maps with the support of the Government of the State of Nayarit via the Tourism Promotion Trust (Fiprotur).
https://www.rivieranayarit.com/wp-content/uploads/2019/07/logox300.jpg 0 0 1stonthelist https://www.rivieranayarit.com/wp-content/uploads/2019/07/logox300.jpg 1stonthelist2019-03-11 09:17:002019-03-11 09:17:00Music festivals promote the Riviera Nayarit