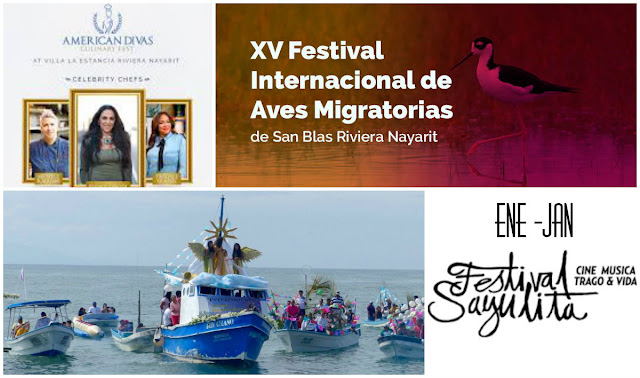 The Riviera Nayarit is kicking off 2019 with plenty of activity. There are seven events already confirmed taking place between January 6th and 31st. Among them the Vallarta Cup Race Series, the Nuevo Vallarta Car Show, and the Festival Sayulita.
This year Mexico’s Pacific Treasure took center stage not only for the fine attractions that placed it as a top vacation destination, but also for the increase in number of events versus 2017. According to information from the Riviera Nayarit CVB’s Groups and Events desk, there were 107 different events held in 2018—20 more than the previous year.
“The work done by the Riviera Nayarit Convention and Visitors Office (CVB) and the Bahía de Banderas Hotel and Motel Association (AHMBB) was key in bringing these events to the destination, along with the support of the Government of the State of Nayarit through the Tourism Promotion Trust (Fidetur),” explained Marc Murphy, managing director of the CVB and the AHMBB.
“We had a lot of activity during 2018. It’s interesting to note many of the events that took place in the Riviera Nayarit will be back for 2019, which speaks very highly of the destination. There are also a number of new activities that have helped us attract the attention of specific sectors,” he added.
Below is a list of some of the events taking place in the Riviera Nayarit during the first month of 2019: 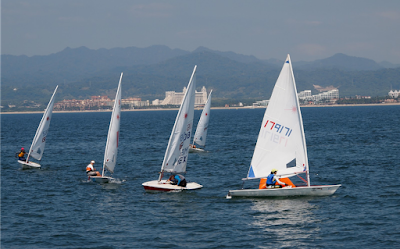 14th Vallarta Cup Race Series (Saturdays on January 5, 12, 19, 26)
The 14th edition of the Vallarta Cup Race Series begins on the first Saturday in January 2019 and is organized by the Vallarta Yacht Club (VYC). This is a series of races in Banderas Bay with the participation of some 25 sailboats and includes much more than a competition: every Saturday after the races there’s a theme party held at the VYC for all the sailors to enjoy together.
For more information: https://bit.ly/2RqPF30
Nuevo Vallarta Car Show 2019 (January 12 – 13)
If you’re a car and motorcycle fan, then the Nuevo Vallarta Car Show is for you: this exhibition is a family affair where they give prizes to the top bikes and cars in the different categories.
For more information: https://www.facebook.com/Nuevovallartacarshow/ 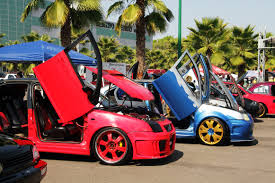 Our Lady of Peace Patron Saint Festivities (January 16 – 24)
Bucerías (the Place of the Divers) is hosting the patron saint festivities for Our Lady of Peace from January 16 to 24. This is one of the most beloved traditions in this Riviera Nayarit coastal village. It’s not only an important social and cultural event, but it’s also become a local tourist attraction. There’s a full program of activities during the week including religious services and sports, artistic, and cultural events. The biggest day is January 24th, when the fishermen and their families hold a pilgrimage and bring in the Peace Torch from the town of La Cruz de Huanacaxtle. 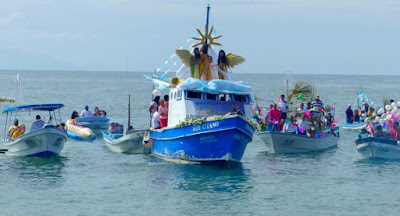 Guayabitos Cup National Beach Volleyball Competition 2019 (January 27 and 28)
The Guayabitos Cup National Beach Volleyball Competition 2019 will be held on January 27 and 28, 2019 in Rincón de Guayabitos, which continues to position itself as one of the top beach destinations for this sport. The competitio is part of the youth category circuit headed to the National Olympics; it’s organized by the Compostela Municipal Hotel Association and is endorsed by both the Nayarit Volleyball Association and the Mexican Volleyball Association. Access is free for the general public.
More information: http://www.hotelesdeguayabitos.com.mx/
International Migratory Birds Festival (January 27 – February 3)
San Blas is undoubtedly one of the most important spots on the continent for watching migratory, resident, and endemic birds. There are artistic and cultural activities organized around the birds, not to mention the traditional bird-watching routes.
For more information: https://www.facebook.com/fiamsanblas 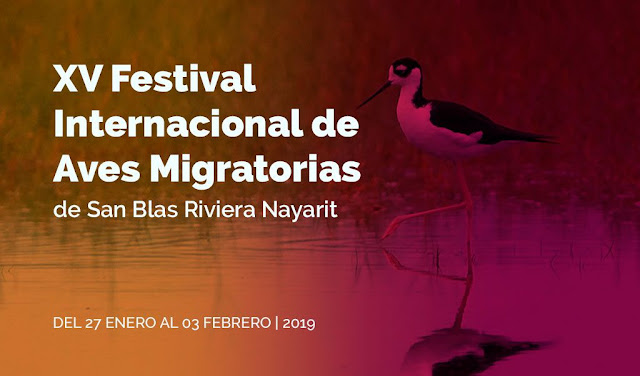 6th Festival Sayulita (January 30 – February 3)
The sixth edition of the Festival Sayulita takes place from January 30 to February 3 in the Riviera Nayarit’s Magical town. These are five days of Movies, Spirits, Music, and Life, with movies and short films on giant screens on the beach, drinks, gastronomy, physical activities, and a Jungle Live! concert headlined by Los Master Plus and Super Sonic Soul Pimps, making it one of the best festivals in Mexico.
For more information: https://www.festivalsayulita.com/

###
The Riviera Nayarit Convention and Visitors Bureau (CVB) and the Bahía de Banderas Hotel and Motel Association (AHMBB) reaffirm their commitment to the strategic promotion of the destination, pursuing opportunities and consolidating new markets to increase the number of incoming tourists with the support of the Government of the State of Nayarit via the Tourism Promotion Trust (Fiprotur).
https://www.rivieranayarit.com/wp-content/uploads/2019/07/logox300.jpg 0 0 1stonthelist https://www.rivieranayarit.com/wp-content/uploads/2019/07/logox300.jpg 1stonthelist2019-01-02 11:00:002019-01-02 11:00:00January 2019 will be a very busy month in the Riviera Nayarit!

Three Riviera Nayarit hotels, among the 20 favorites of Travesias

The Riviera Nayarit’s Hotels Featured In The 2016 Wedding Awards

The Riviera Nayarit stands out as a sustainable destination