Top bands like top-billed Panteón Rococó will take over the stage showcasing the best of Spanish rock for an unforgettable night.
Spanish rock fans can now put the 1st Riviera Nayarit Rock Festival on their calendar for June 9, 2018. The event will be held at the Hard Rock Hotel Nuevo Vallarta concert venue with the participation of Mexican band Panteón Rococó as the headliner, plus three local bands.
During the press conference held this past Monday at the host hotel, the event’s general manager, Israel Guerrero, said they’re expecting an adrenaline-charged evening in an extraordinary setting: the Riviera Nayarit.
Although Panteón Rococó is the headliner, he added they had also invited local bands Sal de Mar, Renglón and The Black Hardies to the stage; these bands have done very well in the area and they will be opening the show.
He added they are expecting approximately 6 thousand visitors—about 2,000 from other areas and 4,000 locals from the Puerto Vallarta and Bahía de Banderas area, all fans of this iconic national ska and rock fusion band that recently celebrated its twentieth anniversary.
“We have every intention of continuing to do this kind of event to benefit the destination but, more importantly, to benefit society, which has been looking for more entertainment and show space and, of course tourism,” he said. 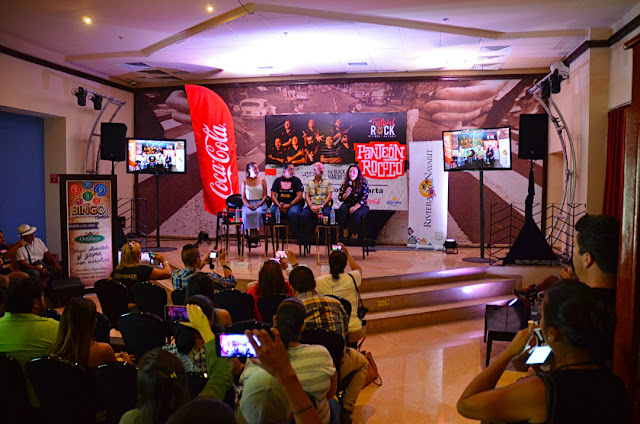