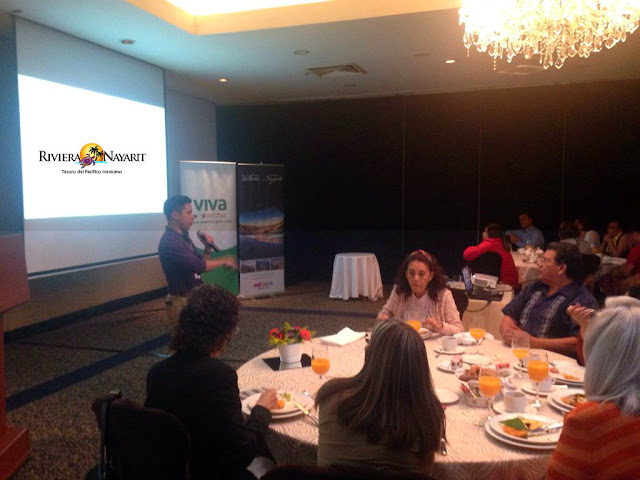 Sixty-three travel agents attended a seminar in the city of Puebla aimed at boosting the promotion of the new Viva Aerobus flight to the Puerto Vallarta-Riviera Nayarit region, which began last July 7th.
The new flight will have two weekly frequencies—Tuesdays and Saturdays—and will operate on modern Airbus a320s with a capacity for up to 186 travelers. Puebla will also be able to connect via Guadalajara on this same airline.
The marketing tour took place on July 3rd and 4th, hosted by representatives from the Riviera Nayarit Convention and Visitors Bureau (CVB) and the Puerto Vallarta Tourism Trust (Fidetur), along with 26 hotels from both destinations.
Hotels with sales and marketing executives present at the event included: Grand Palladium, Royal Decameron Complex, Occidental Nuevo Vallarta, W Punta de Mita, The St. Regis Punta Mita Resort, Four Seasons Resort Punta Mita, Marival Resort, and Grand Velas Riviera Nayarit. 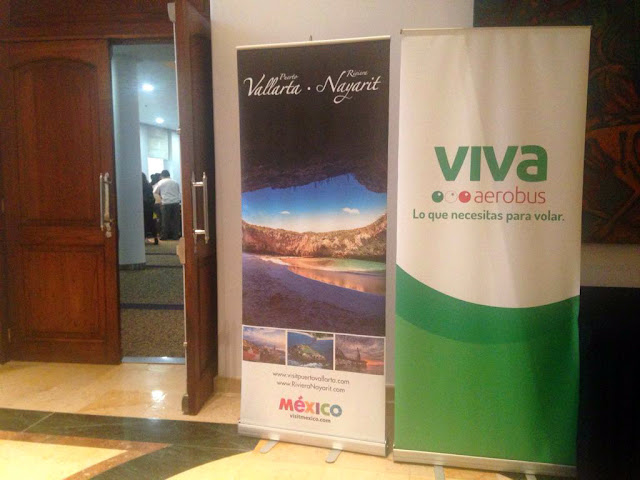 Before the seminar, the team from the Riviera Nayarit toured and hosted a presentation at wholesaler IMACOP’s facilities—for over 30 years, a leader in national and international travel consulting.
Flight details
Hugo Villareal, executive for Viva Aerobus, said the new flight would operate on Saturdays and Tuesdays and will run during the entire second semester of this year and the first semester of 2019.
Departures will be at 9:20 a.m. on Saturdays arriving at the “Lic. Gustavo Díaz Ordaz” International Airport at 10:50 a.m.; and on Tuesdays at 5 p.m., arriving at 6:30 p.m. 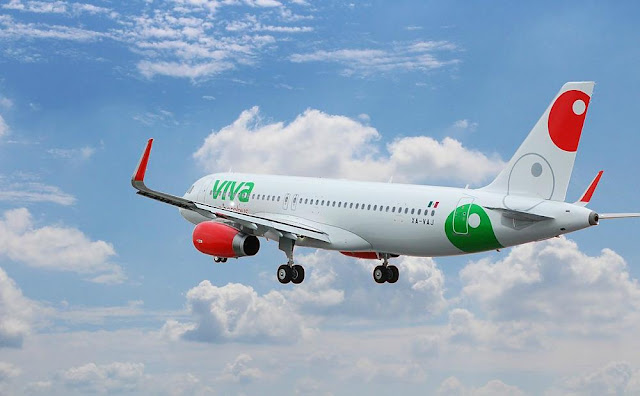 The airline offers several categories for the traveler, including the basic Viva Light for $1,016 pesos; Viva Básico, which includes 15 kg of luggage for $1,156 pesos; and the all-inclusive Viva Smart for $1,375 pesos.
Likewise, on September 5th of the current year the airline will begin a Puebla-Guadalajara route with three flights per week on Mondays, Wednesdays, and Fridays.
With these routes the Riviera Nayarit will boost its air connectivity, opening up an important alternative for Puebla’s citizens and visitors. Puebla is located in a top economic region in the heart of Mexico with a solid automotive industry that employs a large number of people, which is why potential travelers to the area are extremely relevant. 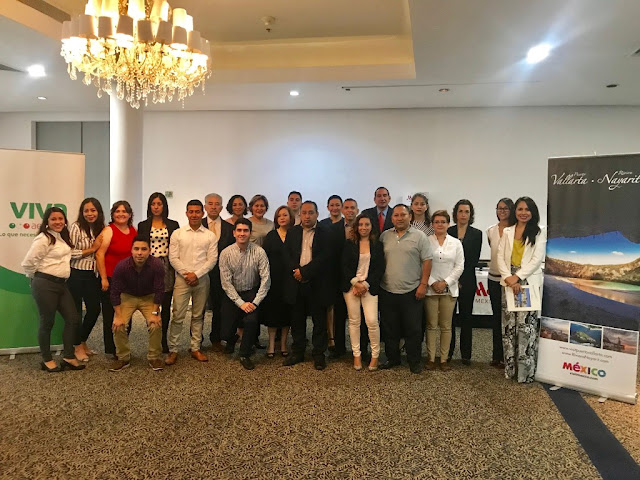 The facts:
Viva Aerobus is a low-cost airline that boasts one of the most modern fleets in all of Mexico and is based out of the Monterrey International Airport.
###
The Riviera Nayarit Convention and Visitors Bureau (CVB) and the Bahía de Banderas Hotel and Motel Association (AHMBB) reaffirm their commitment to working intensely to attract more and better tourism to Mexico’s Pacific Treasure with the support of the Government of the State of Nayarit via the Tourism Promotion Trust (Fiprotur).
https://www.rivieranayarit.com/wp-content/uploads/2019/07/logox300.jpg 0 0 1stonthelist https://www.rivieranayarit.com/wp-content/uploads/2019/07/logox300.jpg 1stonthelist2018-07-09 16:23:002018-07-09 16:23:00The Distance Between Riviera Nayarit and Puebla is Shrinking Thanks to Viva Aerobus

WHAT TO SEE AND DO IN THE RIVIERA NAYARIT: Cruz de Huanacaxtle, The Nautical... Everything’s Ready for the 1st Riviera Nayarit Open Karate Tournament
Scroll to top