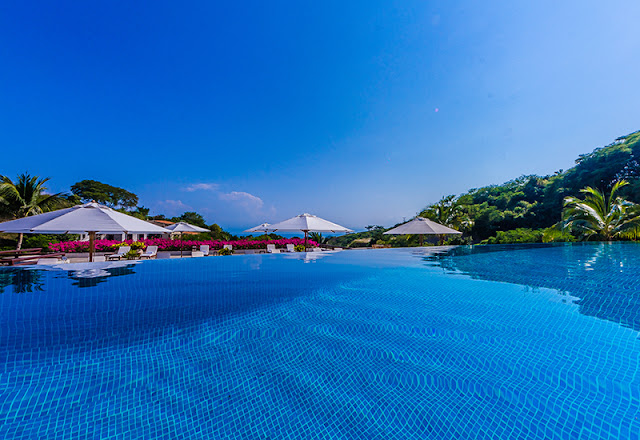 The Matlali hotel, located in La Cruz de Huanacaxtle in the Riviera Nayarit, has announced its merger with the Sirenis Hotels & Resorts chain. From December 15, 2015 on forward it will be known as the Grand Sirenis Matlali Hills Resort & Spa Riviera Nayarit.
Abel Matutes Barceló, VP and Sales Manager for Sirenis Corp., commented on his satisfaction at the integration of Matlali into their portfolio, which, among other things, opens the door for them in the Mexican Pacific. Matlali is a member of the exclusive Preferred Boutique hotels group.
“The merger of the Grand Sirenis Matlali Hills Resort & Spa Riviera Nayarit is in line with the company’s growth strategy,” commented Matutes Barceló in Spain’s Noudari newspaper. “It also allows us to offer another tourism destination, in this case the Riviera Nayarit, in a country such as Mexico, which has so many tourism attractions on an international level, especially for clients in the United States, Canada and the national markets.”
One of the biggest changes in their business plan will be the switch from the European Plan to an All Inclusive Plan. As for its cuisine, the current restaurant—Raixes—will offer an international menu with different themes, plus they will build three new restaurants with a Brazilian, Japanese and Italian menu, respectively. These will open in 2016.
Early next year they will also debut 61 new Jungle Suite accommodations and a Kids Club. They currently have 40 rooms in the Rolling Hill Junior Suite, Master Suite Villa Ocean View, Estate Two Bedroom Villa and Presidential Suite categories. Its beach club—Eva Mandarina—and its Spa Makawé will continue to offer their services.
The Sirenis Hotels Group is a guarantee of success, as has been amply demonstrated in its properties in Spain, the Dominican Republic and, more recently, Mexico. Its hospitality, excellent service and the creation of unforgettable experiences are elements that both Matlali and Sirenis share, which were at the heart of this new merger.
https://www.rivieranayarit.com/wp-content/uploads/2019/07/logox300.jpg 0 0 1stonthelist https://www.rivieranayarit.com/wp-content/uploads/2019/07/logox300.jpg 1stonthelist2015-11-19 07:00:002015-11-19 07:00:00Matlali Merges With Sirenis Hotels & Resorts At Home with the Riviera Nayarit: A wellness trip with your family