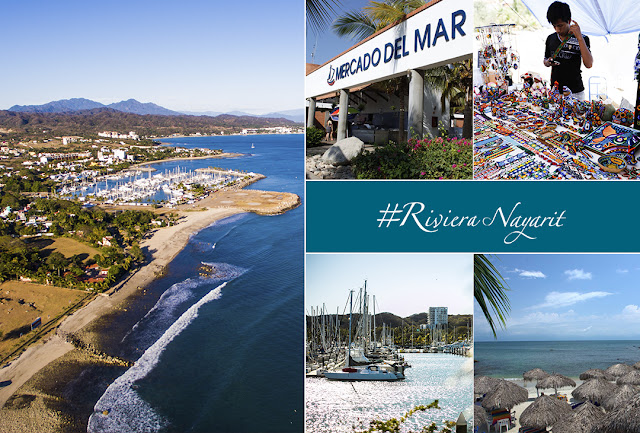 An afternoon walk through the streets of La Cruz de Huanacaxtle is a pleasure that just can’t be missed. This little town was founded in 1930 by the Chávez family, who still call it home. Locals know it as “La Cruz:” a picturesque village that still radiates tradition, though there’s no doubting the modern twist bestowed upon it by the Marina Riviera Nayarit.
For over 10 years, the Marina—considered the largest in the Mexican Pacific—and La Cruz have worked together in a sort of symbiosis that has turned out well for visitors who sail in from the United States, Canada, and Europe, as well as for the locals who are for the most part dedicated to fishing and commerce. The cobblestone streets, the traditional plaza with its bandstand, and the formidable huanacaxtle trees (considered the largest in the region with trunks measuring between 4 and 5 meters in girth, town is named after them) all serve as a lovely complement to the immaculate white Marina and the sales outlined on the horizon.
WHAT TO DO
The charm of the marina and the fishing village wouldn’t be complete without the golden beach of La Cruz, which extends along 5 kilometers and is divided into five sections: El Tizate, Cruz de Huanacaxtle, Piedra Blanca, and Area Blanca.
It’s perfect for snorkeling, diving, and surfing (the waves get high enough for boards in the wintertime), and, of course, sport fishing, one of the top activities in this locale thanks to the abundance of tuna, marlin, mahi-mahi, and other species. 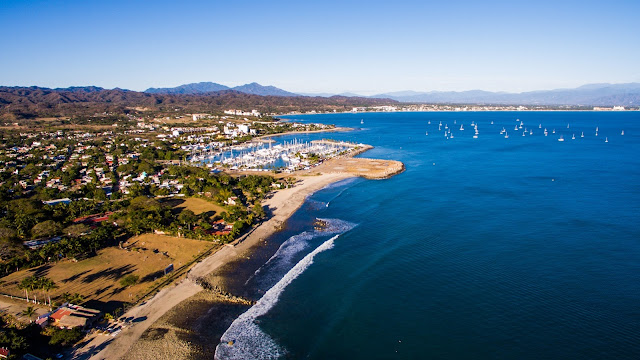 Visitors to the area can also enjoy the usual coastal pleasures, including several restaurants where they can taste dishes made with the fresh fish of the day, creations that are a part of a 50-year-old culinary tradition.
We also recommend a late afternoon walk along the Marina’s malecón, or boardwalk, stopping to watch the sunsets from the Xiriki Amphitheater. Or, conversely, an early morning trip to the Mercado del Mar, the Ocean Market, where you’ll have a chance to see some very picturesque sights, including the arrival of the fishermen to the dock with their boats teeming with fish. 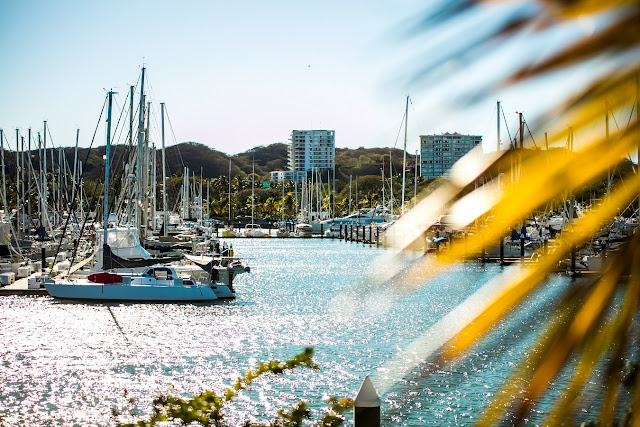 WHAT TO SEE
Marina Riviera Nayarit
In 2015 the Marina de La Cruz de Huanacaxtle became the first of its kind to receive a Blue Flag, setting the standard for the regulations other marinas would have to follow in the future.
It has the capacity for 400 boats from 30 to 400 feet in length and is equipped with the latest services needed for a comfortable stay: bathrooms with shower facilities, security, electricity, and fuel pumps.
This modern complex is also home to a yacht club, a business center, sky bar, restaurant, seafood market, dock, and one of the best-equipped boatyards in the country with, among other things, the largest crane in the Pacific.
The International Sailing Academy La Cruz and the Yacht Club’s Sailing School for kids, teens, and adults are both here as well. 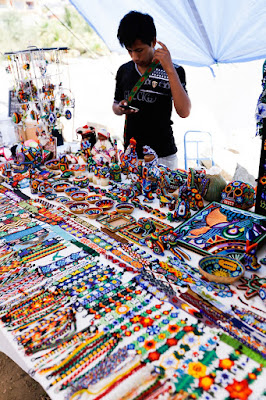 Tianguis Huanacaxtle
Another of La Cruz de Huanacaxtle’s many attractions is the artisan’s market that sets up alongside the marina every Sunday from November through April. Known as the La Cruz Market, or Tianguis Huanacaxtle, it offers a fantastic variety of regional artisanal products and is a fun place to visit from 10 a.m. to 2 p.m. There are plenty of stalls to check out selling everything from handmade goods to organic fruits and vegetables, cheeses, cured meats, traditional clothing, and much more. 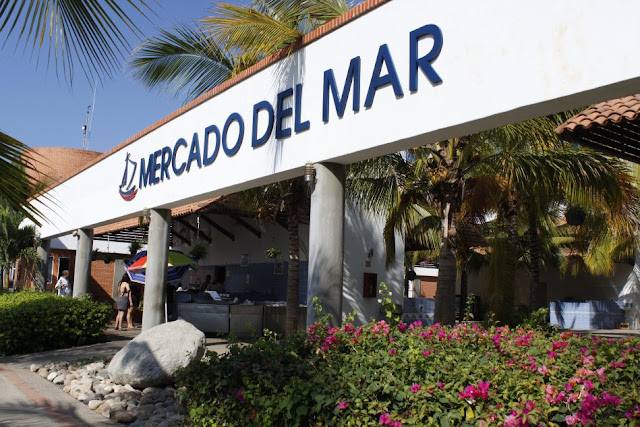 HOW TO GET THERE
La Cruz de Huanacaxtle is 19 kilometers north of Nuevo Vallarta. To get there you have to take Federal Highway 200 then continue on La Cruz de Huanacaxtle-Punta de Mita Road.
The Facts:
May 3rd is the Day of the Holy Cross and the entire village celebrates with masses, a maritime pilgrimage by the fishermen, and processions accompanied by dances and banda music. You can’t miss it!
###
The Riviera Nayarit Convention and Visitors Bureau (CVB) and the Bahía de Banderas Hotel and Motel Association (AHMBB) work hard to promote the destination with the support of the Government of the State of Nayarit via its Tourism Promotional Trust (Fiprotur). The cultural tourism product offer is an invaluable asset for these promotional efforts.
https://www.rivieranayarit.com/wp-content/uploads/2019/07/logox300.jpg 0 0 1stonthelist https://www.rivieranayarit.com/wp-content/uploads/2019/07/logox300.jpg 1stonthelist2018-07-06 12:28:002018-07-06 12:28:00WHAT TO SEE AND DO IN THE RIVIERA NAYARIT: Cruz de Huanacaxtle, The Nautical Capital

It’s Time to Nominate the Riviera Nayarit for the Food and Travel Reader ... The Distance Between Riviera Nayarit and Puebla is Shrinking Thanks to Viva...
Scroll to top