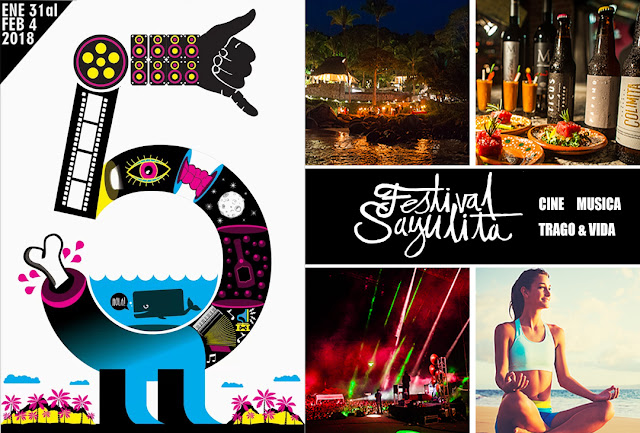 Sayulita Pueblo Mágico invites you to participate in the 5th edition of the Festival Sayulita, taking place from January 31 – February 4, 2018, a fusion of some of the finer things in life: music, food, art, and sports—all of it set against the spectacular scenery of the Riviera Nayarit.
This event was born of magic, the inspiration of its creators and the support of the sui generis community that encourages culture, the arts and open-air activities, underscoring the bohemian atmosphere of this coastal town that has captured the fancy of visitors both domestic and international.
During a press conference on Tuesday, January 23rdthe organizers and founders of the festival—Gabriel Villarrubia and Alonso Aréchiga—along with Richard Zarkin, the Public Relations Manager for the Riviera Nayarit Convention and Visitors Bureau shared the details and news about this fifth edition, which is expected to attract over 13 thousand visitors.
Besides an extensive program that includes art expos, cinema, dinner pairings, yoga, Stand Up Paddle, and activities for the kids, the highlight of the event will the Jungle Live! with a stellar, world-class musical lineup. “The festival has always represented a little bit of the ‘Sayula’ life,” said Gabbi Villarrubia. 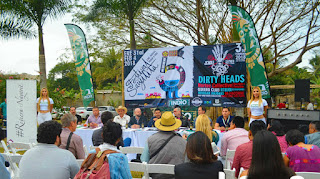 The support offered by the State of the Government of Nayarit via its Tourism Promotion Trust, as well as the Municipality of Bahía de Banderas was also key for the realization of this event, helping everything flow in harmony and safety.
One of the most important aspects of the event—besides the promotion of the Pueblo Mágico (Magical Town)—was the fundraising for El Centro, which, as its name indicates, is a Community Center dedicated to creativity. “This is a place that brings together creative people, it’s a green space ideal for sharing ideas and becoming inspired.” 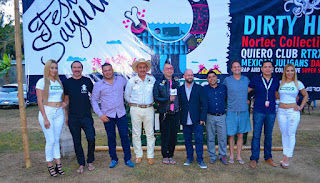 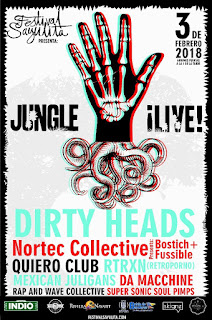 Film: There will be 92 national and international films projected outdoors; 50 will be full-length features with 42 short films. Among them, Takeda, which speaks to the universality of being human through the eyes of a Japanese painter who adopted the culture from the heart of Mexico.
Gastronomy: The best local restaurants will be present with unique dinners paired with good mescal, artisanal beer, and wine.
Music: This is a must for the good life. There will be world-class bands live on stage, among them The Dirty Heads, Nortec Collective Presents: Bostich y Fussible, Mexican Juligans, Quiero Club y Rap and Sayulita’s Wave Collective.
Life: Expect bicycle races, yoga, Stand Up Paddle and other activities, including educational and artistic workshops (think photography) and camping.
For more information please visit the official Festival website at: www.festivalsayulita.com or their Facebook page:  https://www.facebook.com/FestivalSayulita/
###
As part of their promotional efforts, the Riviera Nayarit Convention and Visitors Bureau (CVB) and the Bahía de Banderas Hotel and Motel Association lend their support to sports competitions, conventions and cultural activities; these activities showcase the destination by generating visitors and major exposure thanks to the media coverage they receive. This work is done with the support of the Government of the State of Nayarit via its Tourism Promotional Trust (Fiprotur).
https://www.rivieranayarit.com/wp-content/uploads/2019/07/logox300.jpg 0 0 1stonthelist https://www.rivieranayarit.com/wp-content/uploads/2019/07/logox300.jpg 1stonthelist2018-01-25 09:09:002018-01-25 09:09:00Film, Spirits, Music And Life At The 5th Festival Sayulita