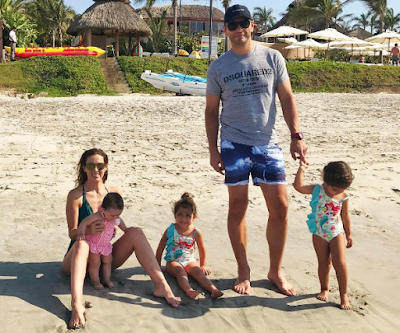 The month of May was studded with the arrival of several Mexican celebrities including Jaqueline Bracamontes, Marc Tacher, Betty Monroe and André Marín, as well as a number of influencers and models from other parts of the world.
“A few years ago we would spot a celebrity here and there. Now, thanks to the positioning of the destination in the luxury and nature segments these past 10 years, we can boast about quite a few celebrity sightings on a monthly basis,” said Marc Murphy, Managing Director of the Riviera Nayarit Convention and Visitors Bureau (CVB).
Ex-beauty queen Jacky Bracamontes visited with her family at what appears to be The St. Regis Punta Mita Resort. She published a beautiful pic of them all on her Instagram account, where she has three million followers.
Actors Marc Tacher and Betty Monroe and their family members were in a well-known restaurant in Nuevo Vallarta just a few weeks ago. Meanwhile, sportscaster André Marín returned to the Grand Velas Riviera Nayarit, his favorite hotel in the destination.
Since it opened, the Hotel W Punta de Mita has been a magnet for the rich and famous: these past weeks it saw influencer Vicky Navarro, YouTuber Hailee bobailee, fashion stylist Gala Borzova and creative director Tania Peregrino. Ari Camacho, creator of Double Denim, was seen at the St. Regis, while luxury influencer Pamela Allier enjoyed a stay at the Four Seasons Punta Mita.
Dreka Gates, wife to rapper Kevin Gates, shared her tour to the Islas Marietas with her million and a half followers; she also visited Sayulita and everything indicates she stayed at the Four Seasons.
Shea Marie, a model with over one million followers, was a return visitor to Sayulita. One of the Jenner sisters’ friends, Lauren Pérez, was another beauty who toured the Riviera Nayarit’s Capital of Surf, while model Kendall Visser chose Punta Mita for her visit.
Last but not least, famous journalist Katie Couric was seen with her husband spending a few days of R&R in Punta Mita.
Here are their profiles: 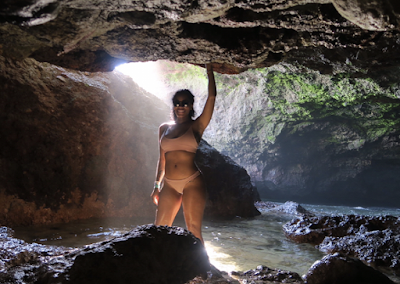 Riviera Nayarit is worth its weight in ‘gold’

Riviera Nayarit is ready for the Street Festival