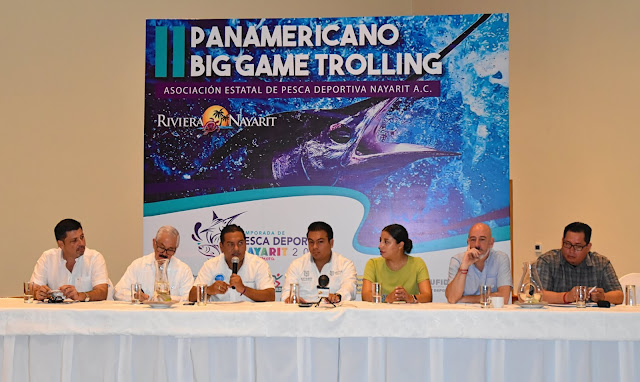 The Riviera Nayarit will be the official host of the II Pan American Big Game Trolling Championship “Nayarit Enamora” 2019, set to take place August 16-19 in the Marina Riviera Nayarit, located in La Cruz de Huanacaxtle. The event is presented by the Nayarit State Sport Fishing Association and backed by the National Sport Fishing Federation.
During a press conference, the organizing committee shared details about the championship; this second edition will include the participation of eight countries: Canada, the United States, Costa Rica, Panama, Guatemala, Argentina, Cuba, and Mexico. It will be the qualifying tournament for the 2020 Senegal World Fishing Championship.
The Big Game Trolling 2019 seeks to publicize sustainable fishing, which means the preservation of the species through better fishing techniques.
Sustainable fishing
Tourism Subsecretary Omar Baltazar Urzúa—representing Ana Cecilia Llanos Guzmán, Tourism Secretary for the State of Nayarit—commented that the state-wide fishing events have allowed Governor Antonio Echeverría García to make good on his commitment of diversifying the region’s economic spillover.
He added: “I want to reiterate the Secretary of Tourism is working hard to consolidate this project and make it a success—and it won’t be the only one. This way, Nayarit will become a national and global benchmark for sport fishing as well as sustainable fishing.”
Alberto González Lozano, Certified Judge for the National Fishing Federation, said this is the first time a fishing Federation and an Association worked together to ensure that the strict adherence to the activity’s rules and techniques.
González Lozano explained that the competition would include the “catch and release” method for the billfish species—blue, black, and Striped Marlin, and Sailfish, scoring 400, 250, and 170 points, respectively—which show up in fewer numbers in Banderas Bay. However, the dorado, wahoo, barracuda, and yellowfin tuna can be weighed in with a minimum of five kilos and 75 points each.
Based on the rules, the highest catch score recorded on the first day will determine the team’s position on the scoreboard.  The fishermen in first place will receive one qualifying point, those in second place, two, and so on. The sum of the qualifying points obtained over the two days will determine the positioning on the general scoreboard. The winner will be the one with the least amount of points.
Francisco Navarrete Buhaya, director of the Nayarit State Sport Fishing Association and the Championship, noted they are expecting 350 fishermen to attend. In the case of Nayarit, the team defending their colors will be made up of experienced sailors including Carlos Menchaca Díaz del Guante, president of the Nayarit State Sport Fishing Association; José Amado Aguilar González; Juan Antonio Castro Buñuelos; and Luis Daniel Osuna. 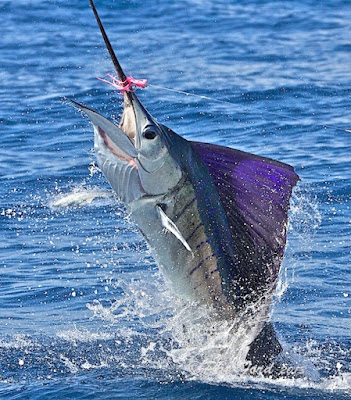 Riviera Nayarit’s efforts in Colombia are producing immediate results
Check Betty Vázquez To Judge Master Chef Mexico
The Riviera Nayarit Doubles Down On Promotions In The East Coast For The Winter
"Nayar" the Hawksbill Turtle to be Released TODAY on Litibu Beach
“Winter In Paradise” Promotions
Culinary Tourism, An Undiscovered Gold Mine
Sofía Vergara also visits Riviera Nayarit
Enjoy A “Summer Of Luxury” In The Riviera Nayarit!
0 replies