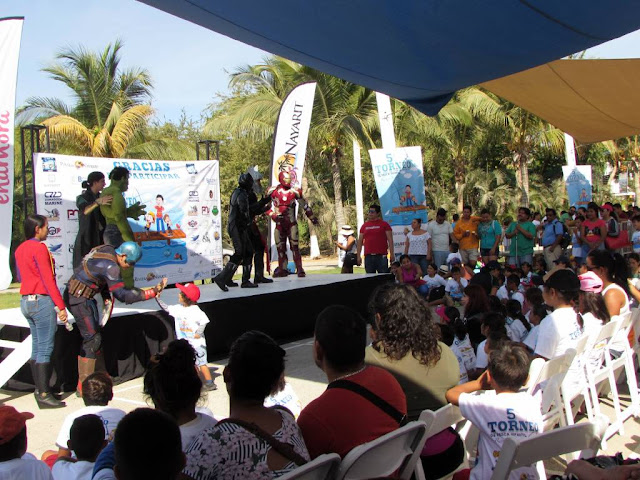 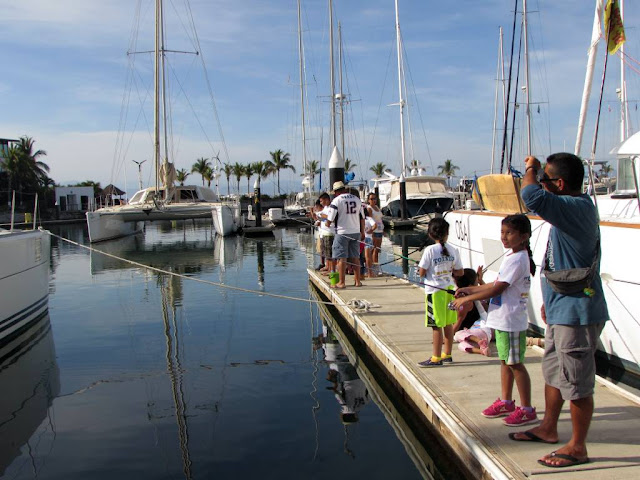 “We’re encouraging a sport fishing culture that respects and cares for the environment so the younger generations can become promoters of the destination,” said Eulogio López, Club president. “All captures were released back into the water, that way the kids learn respect; they know they can fish but always watching for the conservation of the species.”
After the tournament everyone was invited to a festival with lots of activities for the little ones, including an area for drawing, games, and a super hero show; they received free beverages, snacks, and the traditional “bolos” filled with candy.
This was followed by the thrilling awards ceremony where the winners took home fishing equipment, electronic tablets, balls, and even bicycles for their efforts.
The awards were handed out by the organizing committee, among them Eulogio López Rodríguez, president of the Bahía de Banderas Fishing Club, and Club Secretary David Zaragoza; Jesús Carmona Jiménez, president of the Bahía de Banderas Hotel and Motel Association (AHMBB); Silvia Duarte, Groups and Events manager for the Riviera Nayarit CVB; and Claudia Guzmán Vidal, director of Tourism and Economic Development for the Bahía de Banderas City Council.
THE WINNERS:
Winners in the 2 – 6 year category were: Dylan Santiago, first place, who fished a 5.280 kg ray; Saulo Israel Sánchez in second place with a 3.560 kg ray.
Winners in the 7-12 years category included Ernesto Alejandro Joya in first with a 2.945 kg ray; second place went to Karen Paola Briseño Vargas, who also fished a ray that weighted 2.310 kg. Third place went to Mareli Monteagudo Carbajal, who fished a 2.050 kg ray. 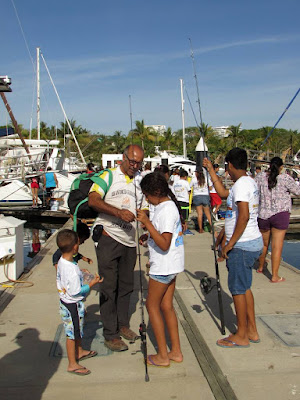 The Riviera Nayarit Convention and Visitors Bureau (CVB) and the Bahía de Banderas Hotel and Motel Association congratulate the Bahía de Banderas Fishing Club for contributing to the promotion of this tourism destination with sports events that attract the attention not only of fans, but also their families and the media. 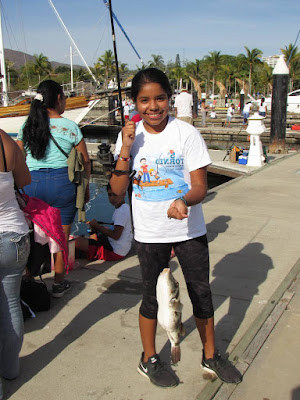 MORE INFO:
Riviera Nayarit is a privileged destination not only for the beaches that extend more than 186 miles along the coastline, but also for the natural landscapes that place it among the preferred destinations for sport fishing fans, the top-level tourism infrastructure it offers, and the tourism services that are ready to turn a fun family vacation into a magical experience.
###
The Riviera Nayarit Convention and Visitors Bureau (CVB) and the Bahía de Banderas Hotel and Motel Association (AHMBB) are work intensively to promote the destination with the support of the Government of the State of Nayarit via its Tourism Promotional Trust (Fiprotur).
https://www.rivieranayarit.com/wp-content/uploads/2019/07/logox300.jpg 0 0 1stonthelist https://www.rivieranayarit.com/wp-content/uploads/2019/07/logox300.jpg 1stonthelist2019-05-06 12:34:002019-05-06 12:34:00Children’s Day commemorated with the 5th Riviera Nayarit Children’s Fishing Festival

“Reconnect Mexico” displays the wonders of the Riviera Nayarit

The Riviera Nayarit’s Hotels Featured In The 2016 Wedding Awards