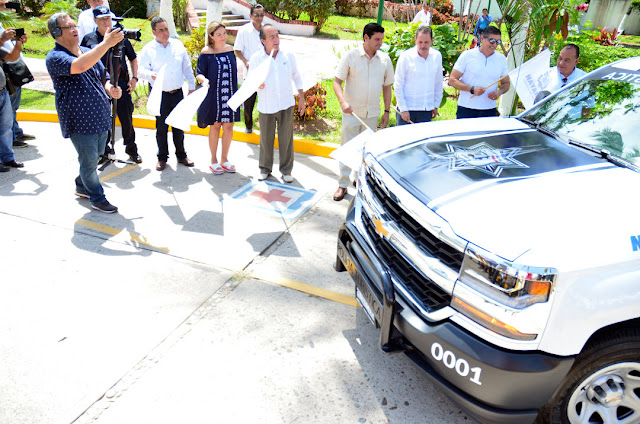 Six new patrol units were assigned to the State Tourism Police based in the Riviera Nayarit thanks to an investment of $4 million pesos derived from the 3% Hospitality Tax and administered by the Nayarit State Tourism Promotion Trust (Fiprotur).
The former was obtained thanks to a formal request to the state government from the Riviera Nayarit business guild in response to the need for reinforcing security to prevent future criminal acts in this destination, which encompasses the municipalities of Bahía de Banderas, Compostela, and San Blas. 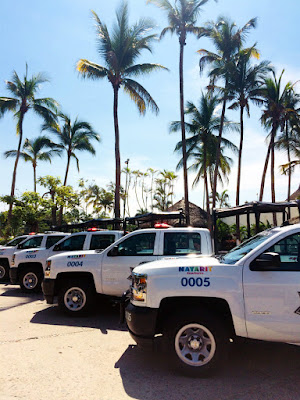 Antonio Echeverría García, governor of the state of Nayarit; Javier Herrera Valle, secretary of the Department of Public Safety; and Jaime Alonso Cuevas, Bahía de Banderas’ municipal president; were present last Friday, August 24thon the grounds of the Bahía de Banderas Tourism Trust Beach Club (FIBBA) to hand over the keys to the agents who will be driving the patrol units, with representatives from the local business sector standing by. Afterwards, a starter flag signaled the activation of the new patrol cars.
Prevention maintains peace
In his comments Antonio Echevarría García reaffirmed his commitment to supporting the actions needed to maintain the Nayarit tourism area as an unparalleled destination for tourism investment and enjoyment and thanked the business owners for their combined efforts. 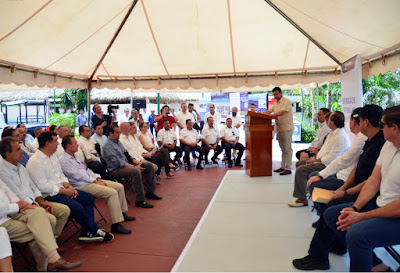 “Maintaining right action is key within the tourist zone, because the more we keep the peace the more investment we will attract; we need to protect that which generates development and employment for the people of Nayarit; we must take care of our tourism areas,” he reiterated.
José Antonio Ayala Medina Mora, treasurer for the AHMBB, acted as spokesperson for the Bahía de Banderas hotel guild and stated that preventative action is the best way to maintain security and ensure it is both felt and perceived. 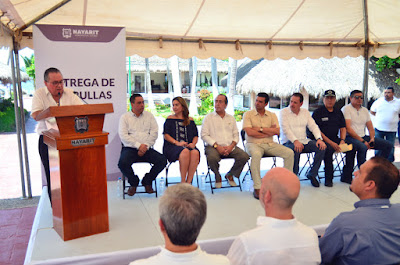 “With these actions we can activate the strategies that the inhabitants of our municipality, its residents, and its visitors to have a better perception of the area’s safety. And this was all possible thanks to the proper administration of the resources from the Hospitality Tax via the Tourism Promotion Trust.”
Ayala Medina also spoke about the goal of Fiprotur, which is to invest and manage the resources it receives for use in marketing and promotions both on a national and an international level, which has allowed it to contribute to the enhancement and consolidation of the state’s tourism activity. The growth of the latter has, in turn, positioned the Riviera Nayarit on the international stage as a top tourism destination. 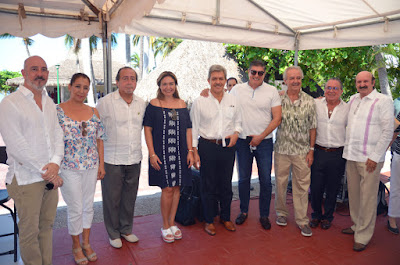 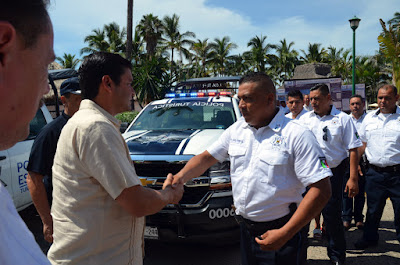 The six new patrol units (double-cabin Chevrolet pickups) are in addition to the 12 units already on the force for a total of 18 patrol units, and they are already in service along the tourism corridor.
###
The Riviera Nayarit Convention and Visitors Bureau (CVB) and the Bahía de Banderas Hotel and Motel Association (AHMBB) are hard at work to promote the destination with the support of the Government of the State of Nayarit via its Tourism Promotional Trust (Fiprotur).
https://www.rivieranayarit.com/wp-content/uploads/2019/07/logox300.jpg 0 0 1stonthelist https://www.rivieranayarit.com/wp-content/uploads/2019/07/logox300.jpg 1stonthelist2018-08-28 08:34:002018-08-28 08:34:00Security Reinforced in the Riviera Nayarit with New Vehicles for Tourism Police

WHAT TO SEE AND DO IN THE RIVIERA NAYARIT: Lo de Marcos, a miniature paradi... Riviera Nayarit Intensifies its Presence on the East Coast of the United St...
Scroll to top