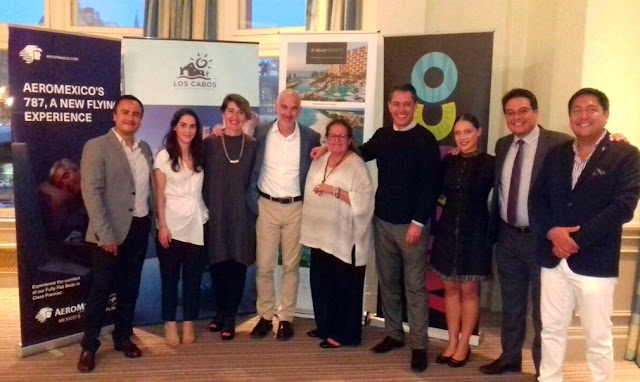 The Riviera Nayarit Convention and Visitors Bureau (CVB) and the Bahía de Banderas Hotel and Motel Association (AHMBB) are attending the 2018 Mexico Summer Reception tourism promotion road show, which is visiting the cities of Edinburgh, Manchester, and London in the United Kingdom.
The 2018 Mexico Summer Reception is an event that targets the luxury segment with the goal of helping Mexico tourism service providers to network with buyers from the United Kingdom, establish contact, and exhibit their products and services to wholesalers.
The promo tour was organized by the London office of the Mexico Tourism Board and operated by Metonymie Ltd. The Riviera Nayarit’s participation in this important event is part of the joint strategy with Puerto Vallarta, which began in 2013.
“The objective of these events is to extend our promotional efforts within important markets that are in constant growth, as well as to encourage diversification towards the Riviera Nayarit,” said Marc Murphy, managing director of the CVB and the AHMBB.
“There’s no doubt the European tourist is highly interested in the Riviera Nayarit, as they seek not only fun in the sun but also a unique experience,” he added. 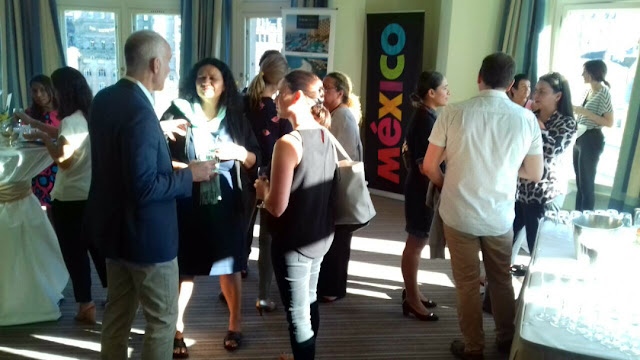 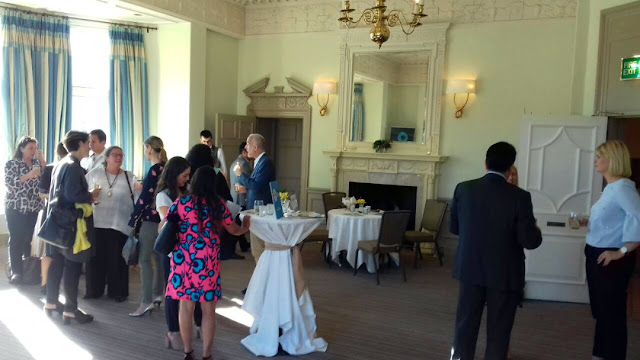 The promotional tour ends on Thursday, June 5th, in London with a cocktail invitation for 100 tour operators as well as travel agents and press.
Besides the Riviera Nayarit and Puerto Vallarta, other participants in the road show included the Mexico Tourism Board (MTB), Mexican airline Aeroméxico, and Velas Resorts.
The participation of the Riviera Nayarit and Puerto Vallarta in the 2018 Mexico Summer Reception reinforces the joint strategy and the diversification of markets for the region and is a timely action that bolsters the connectivity from Europe. These include direct flights from London and Manchester year-round via TUI, the new Finnair flight that connects with several European countries, plus the network offered via Mexico City through several different airlines.
The facts:
+ The United Kingdom is the main country of origin from Europe to Mexico and the third most important in the world.
+ London, capital of the United Kingdom, has a population of 14 million inhabitants (metropolitan area). This is a diverse city with a high- and very high-income population on a worldwide level, including the highest GDP in Europe. It’s also the main source of tourists from the United Kingdom to Mexico (40%) and is home to a large number of tourism operators and agents in the country.
###
The Riviera Nayarit Convention and Visitors Bureau (CVB) and the Bahía de Banderas Hotel and Motel Association (AHMBB) reaffirm their commitment to the strategic promotion of the destination, pursuing opportunities and consolidating new markets to increase the number of incoming tourists, with the support of the Government of the State of Nayarit via the Tourism Promotion Trust (Fiprotur).
https://www.rivieranayarit.com/wp-content/uploads/2019/07/logox300.jpg 0 0 1stonthelist https://www.rivieranayarit.com/wp-content/uploads/2019/07/logox300.jpg 1stonthelist2018-07-05 08:20:002018-07-05 08:20:00The Riviera Nayarit Attends the 2018 Mexico Summer Reception in the United Kingdom

Riviera Nayarit Present At The WTM In London

Travel agents in Mexico City, Toluca, and Puebla updated on what’s new in the Riviera Nayarit

The Mexican Embassy in Chile promotes the Riviera Nayarit
0 replies