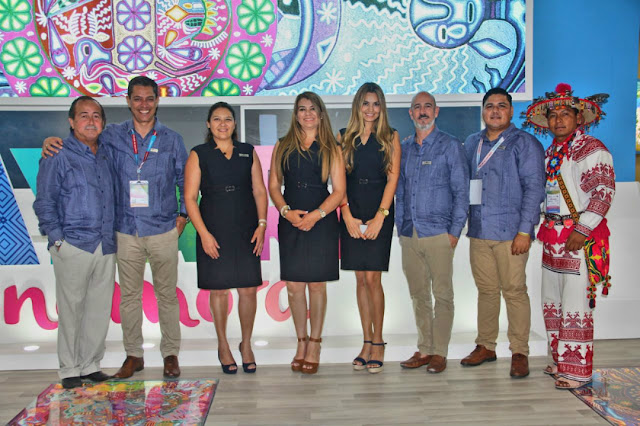 The close of the 43rd edition of the 2018 Tianguis Turistico Mexico, held from April 15-19 in the port city of Mazatlán, yielded excellent results for the Riviera Nayarit with the announcement of new flights resulting in increased connectivity to the destination, the opening of new markets, and the consolidation of the relationship with the European market. Also, on the list: new hotels and the reinforcement of the joint campaign with the destination’s main business partner, Puerto Vallarta.
One of the most relevant aspects stemmed from the business meetings: national operators reported an increase of 15% in sales to the destination at the close of 2017 versus 2016, as well as 20% during the first trimester of 2018 versus the same period of time in 2017.
Some operators also agreed that the Riviera Nayarit is the destination with the highest early reservation date at an average of 40 days, as well as one of the best average room rates in the market, coming in at second place after Los Cabos.
Business meetings
Over 40 business meetings were held during Tianguis with wholesalers and retailers from the United States, Mexico, Canada, Europe, and South America; airlines; and commercial partners including Apple Vacations, Classic Vacations, Logitravel, Mark Travel, Air Canada, Bestday, Delta Vacations, Despegar, Island Destinations and Flight Centre, among others; not to mention interviews with representatives from the Mexico Tourism Board offices in France, the United Kingdom, Spain, Montreal, and Colombia regarding the tourism product being commercialized in the area. 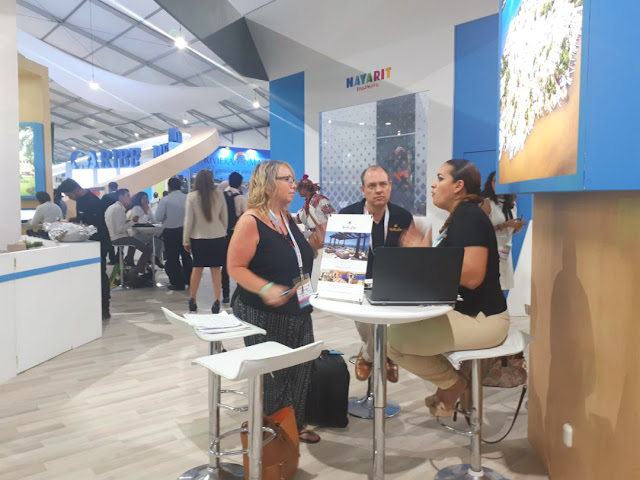 There were five hotels from the Riviera Nayarit represented in the Nayarit Enamora pavilion: El Pueblito de Sayulita, Paradise Village, Royal Decameron Complex, Villa La Estancia and Villa del Palmar Flamingos. Each hotel hosted 12 business meetings during the first two days and six on the third day, for a total of approximately 150 business meetings.
Executives and directors from top hotel chains with a strong presence in the Riviera Nayarit were there as ambassadors for the destination, among them Alfonso Rizzuto, Director of Grupo Marival, and Juan Vela Ruiz, Director of Grupo Vela; they accompanied the federal, state, and municipal officials who were there as well. 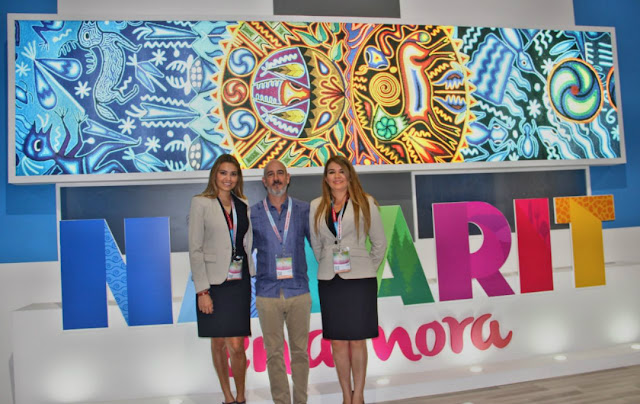 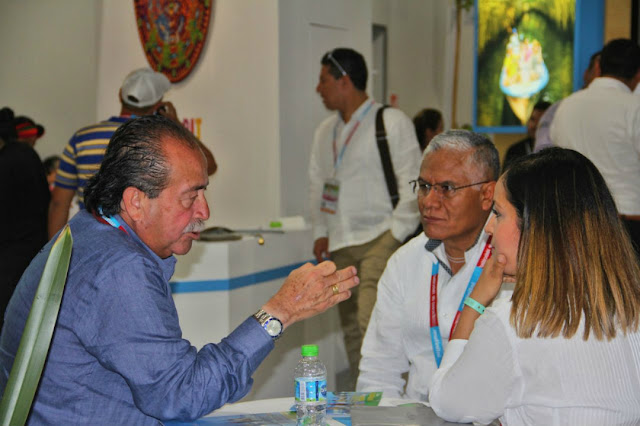 Airline Connectivity
With regards to airline connectivity there was great progress in the negotiations regarding a new flight from South America that would be scheduled to begin in December 2018.
Meanwhile, Canadian wholesaler Sunwing announced a new weekly route starting this winter season (November 2018 – April 2019) from Quebec, and Aeroméxico informed they ended the year with an average seat occupancy of 83% on its MEX-PVR-Riviera Nayarit route.
Representatives from the Riviera Nayarit and Puerto Vallarta met with Vicente Salas, Director of the Mexico Tourism Board’s United Kingdom office, where they evaluated the results of the TUI flights from London and Manchester, and the Finnair flight from Helsinki, which will continue operating thanks to their success. 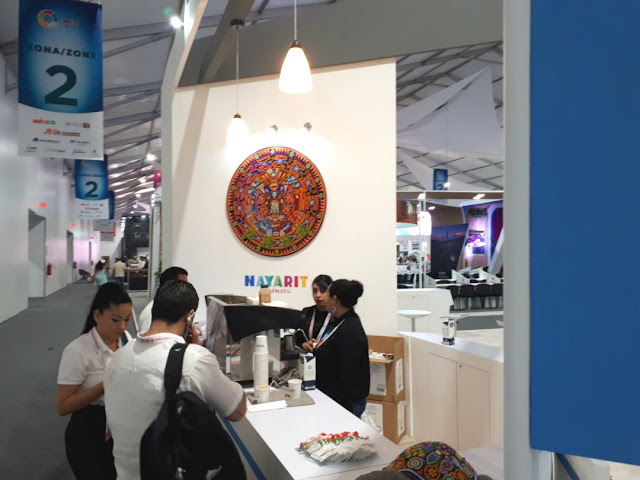 Negotiations with North American airlines Air Canada and Delta Airlines that began during the recent Gala Puerto Vallarta-Riviera Nayarit were finalized during this event. Air Canada announced two new weekly flights from Toronto that will run from May through October, generating approximately 9,000 new seats to the region.
Of note is the fact that European wholesale agencies have shown a keen interest in the Puerto Vallarta-Riviera Nayarit region, which is why the brand will continue to reinforce its presence in new markets including Belgium, where Jesús Catalán, the Mexico Tourism Board representative in France, has suggested establishing a business relationship similar to the TUI Holland program. The latter includes blocking seats on Aeroméxico to generate packages to the destination via the Amsterdam-MEX-PVR route. Alpitur Francia is operating in a similar manner beginning in 2018, with packages from Paris on Aeroméxico’s Paris-MEX-PVR route and an advertising campaign already in place.
New Investments
More good news for the Riviera Nayarit came with Apple Leisure Group’s announcement for expansion; this company is a vertical tourism conglomerate and the top tour operator in the United States.
ALG President John Hutchinson informed they will be in managing the new Secrets Punta Mita Resort & Spa and Dreams Punta Mita Resort & Spa in the Riviera Nayarit through AMResorts.
The new hotels will be located on the gorgeous Banderas Bay in Punta de Mita, once a small fishing village and now the Riviera Nayarit’s official address for luxury and exclusivity. This unique location will offer impressive views of the famous Islas Marietas and a semi-private beach. 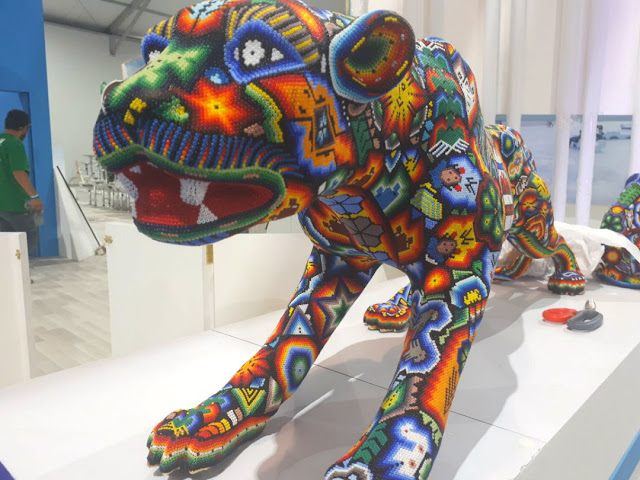 ###
The continual promotion of the Riviera Nayarit both on a national and international level has yielded excellent results, thanks to the efforts not only of the Riviera Nayarit Convention and Visitors Bureau (CVB) and the Bahía de Banderas Hotel and Motel Association, but also of the business sector and the communities that work in tandem to offer all our visitors a very pleasant stay. This is possible thanks to the support of the Government of the State of Nayarit via the Tourism Promotion Trust (Fiprotur).
https://www.rivieranayarit.com/wp-content/uploads/2019/07/logox300.jpg 0 0 1stonthelist https://www.rivieranayarit.com/wp-content/uploads/2019/07/logox300.jpg 1stonthelist2018-04-23 09:19:002018-04-23 09:19:00Wholesalers At TTM2018 Report Increase In Sales To The Riviera Nayarit