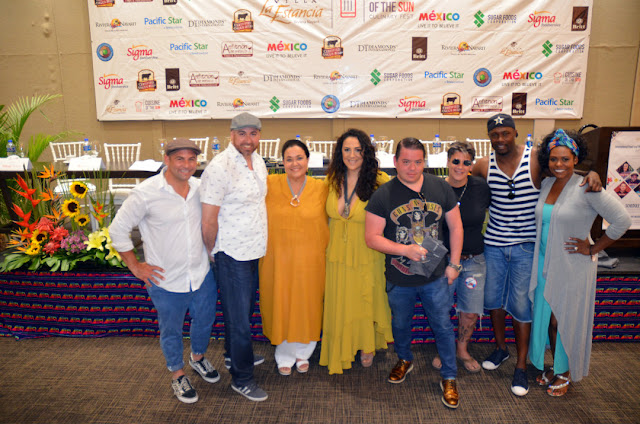 Now in its third edition, the International Cuisine of the Sun 2018 culinary festival is poised to be even better than the previous incarnations. This year, renowned celebrities from the culinary universe will meet at Villagroup Resorts’ Villa La Estancia hotel from April 25-28 to share their recipes and personal flair for gourmet cooking.
Seven famous chefs were introduced as the special guests during the press conference, as well as curator Penny Davidi, known for her appearances on the Food Network and the culinary specialist for US Foods.
Participating chefs include Betty Vázquez, the Riviera Nayarit’ Culinary Ambassador and judge on Mexican TV’s Máster Chef México; Jamika Pessoa, savvy business owner and certified Nutrition and Wellness consultant; Eddie Jackson, Food Network personality and ex-NFL player; and Benjamin Udave, self-proclaimed apprentice of the culinary world, who has served as Executive Chef at Perch in Los Angeles and for Sysco Corporation. Nick Liberato, celebrity chef and revered cocktail mixologist, has appeared on Bravo TV’s Top Chef Masters and in multiple episodes of Spike TV’s Bar Rescue. Katsuji Tanabe, star of Top Chef Boston and Top Chef México, and Michele Ragussis, best known for her appearance as a finalist in the eighth season of Food Network Star, round out the stellar group. 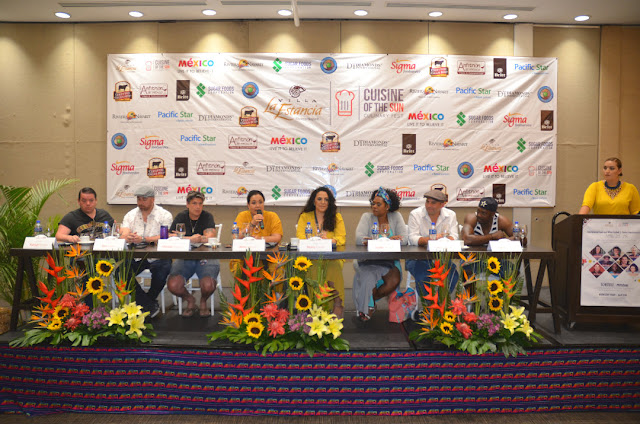 The organizers have prepared an extraordinary program that will include plenty of surprises and exquisite dinners, fabulous contests, wine tastings, and the finest of culinary experiences for the attendees.
Of note is the fact this gastronomic festival will extend into Bucerías for a social event before the inauguration that will take place on Monday, April 23rdat the Sukha Beach Club, where attendees will enjoy a gorgeous sunset over Banderas Bay and the delicious seafood specialties prepared by the restaurant. 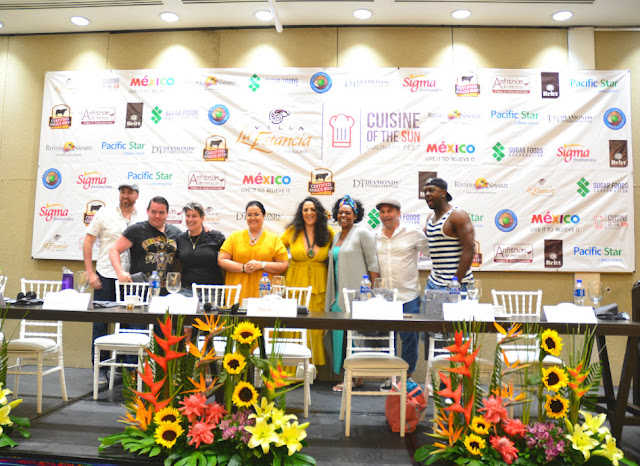 The event inauguration will be Wednesday April 25th with a poolside Mexican fiesta, where the famous chefs will mix and mingle with the guests while everyone enjoys delicious hors-d’oeuvres. A spectacular fireworks show will light up the sky while the chefs close out the evening with a stunning exhibition of chocolates and desserts created to please even the most demanding palate.
The next days will be filled with talk shows and cooking classes; and the Chopped Challenge sponsored by Sugarfoods, where the participants will work together with the celebrity chefs to create unique dishes with a limited number of ingredients. The Chef’s Table is also a highlight: a marvelous four-course meal and wine pairing at the La Parrilla Restaurant in Villa La Estancia. 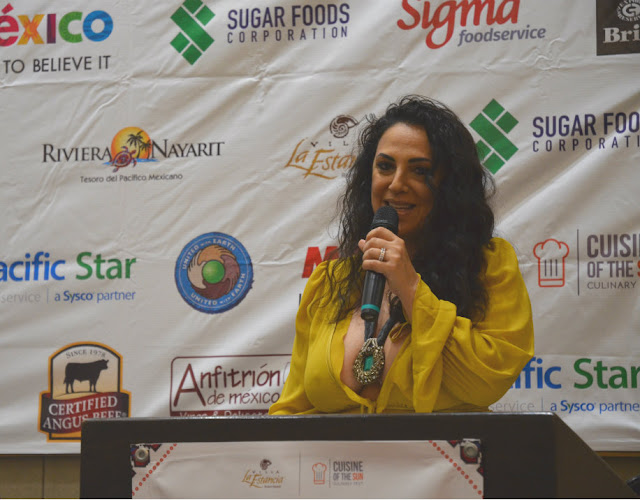 The closing dinner deserves its own mention: it will be a spectacular production on the beach at the Villa del Palmar Flamingos. Guests will also enjoy a runway where international models will show off fine jewelry and lingerie, followed by a breathtaking display of fireworks.
For more details: http://cuisineofthesun.villagroupresorts.com/es/
###
The Riviera Nayarit Convention and Visitors Bureau (CVB) and the Bahía de Banderas Hotel and Motel Association (AHMBB) continue to work together to publicize the region, reinforcing its promotion and helping position Mexico’s Pacific Treasure on the world culinary map, with the support of the Government of the State of Nayarit via the Tourism Promotion Trust (Fiprotur).
https://www.rivieranayarit.com/wp-content/uploads/2019/07/logox300.jpg 0 0 1stonthelist https://www.rivieranayarit.com/wp-content/uploads/2019/07/logox300.jpg 1stonthelist2018-04-26 11:09:002018-04-26 11:09:00Culinary Celebrities Meet At The 3rd Cuisine Of The Sun Festival

2013 Revenue For The Riviera Nayarit

Riviera Nayarit: Next Hot Spot for Females Traveling Solo or in Groups

The Riviera Nayarit Creates a Successful Synergy with Destination Hotels