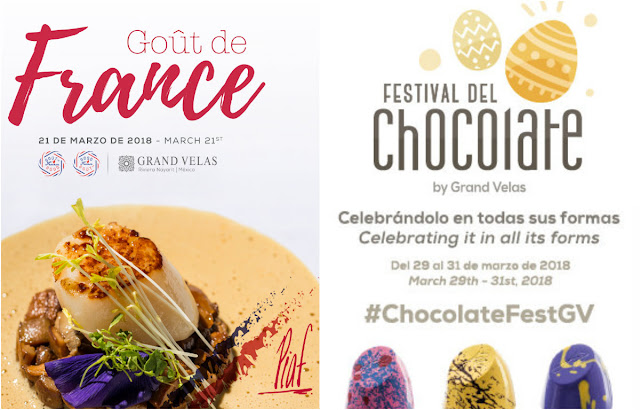 Grand Velas Riviera Nayarit is welcoming the spring season with two high-end culinary events to take place in this Nuevo Vallarta Hotel.
On March 21st French cuisine will make an appearance during the 4th annual “Goût de France,” a traditional event that is celebrated on the five continents and in 150 countries with the participation of 3,000 chefs who come together on the first day of spring to pay homage in the form of a dinner to the quality, the values and the capacity for innovation of the French kitchen, its values. 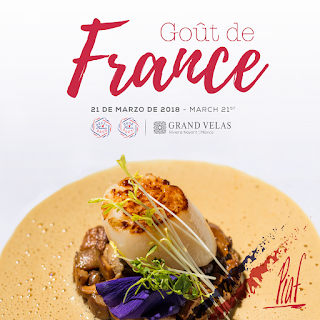 Grand Velas Riviera Nayarit will participate in this event by offering a gala dinner at its signature restaurant, Piaf. The culinary proposal will be led by executive chef Guillaume Morancé and specialty chef Raúl Hernández.
It’s a unique opportunity to savor a taste of France!
For more details on the event:
http://bit.ly/2p10CYV 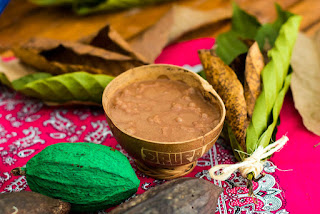 Chocolate Festival
Meanwhile, the 2nd Annual Mexican Chocolate Festival is set to take place from March 29-31, where every aroma and every flavor will focus on this “food of the gods” with different activities for the entire family.
The festival will be hosted by José Ramón Castillo, one of the best-known chefs in Mexico and creator of Qué Bo! Chocolatería Mexicana Evolutiva (Qué Bo: Mexican Evolutionary Chocolate Making). Chef Castillo, who is also the official chocolate sculptor for Disney and Pixar, has prepared a program inspired by the most traditional ancestral delights of Mexico.

The program includes an interactive chocolate sculpting project for teens, themed spa treatments, and a five-course dinner with chocolate incorporated into every dish.
Meanwhile, guests who wish to take their relaxation to the next level can do so at the resort’s award-winning spa, with themed offers like the Xocolat Ritual, created with 100% pure dark chocolate.
For more information about Grand Velas Nayarit and their culinary events, please visit:
http://vallarta.grandvelas.com/
https://www.facebook.com/gvrivieranayarit/
www.reservations@velasresorts.com
###
The Riviera Nayarit Convention and Visitors Bureau (CVB) and the Bahía de Banderas Hotel and Motel Association (AHMBB) continue to their joint promotion of the region, helping to position Mexico’s Pacific Treasure on the global culinary map, together with the support of the Government of the State of Nayarit via the Tourism Promotion Trust (Fiprotur).
https://www.rivieranayarit.com/wp-content/uploads/2019/07/logox300.jpg 0 0 1stonthelist https://www.rivieranayarit.com/wp-content/uploads/2019/07/logox300.jpg 1stonthelist2018-03-14 11:20:002018-03-14 11:20:00Grand Velas Riviera Nayarit Welcomes Spring With High-End Culinary Delights

Riviera Nayarit Tours The Midwest United States Places You Have To See To Believe: Isla Isabel, A Natural Sanctuary
Scroll to top