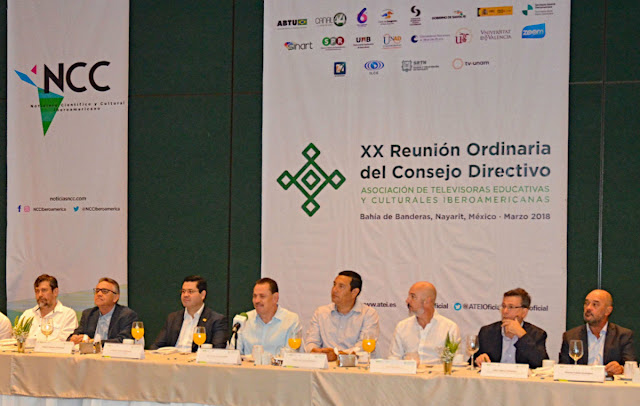 From March 16-17, the Riviera Nayarit, located in the municipality of Bahía de Banderas, hosted the XX Ordinary Session of the Board of Directors of the Association of Ibero-American Educational and Cultural Television (ATEI), which is comprised of more than 90 entities from 20 different countries.
At this time the Editorial Advisory Board of Ibero-American Scientific and Cultural News (NCC) was formed in an effort by the ATEI to promote the dissemination of science, technology, and culture in the region. 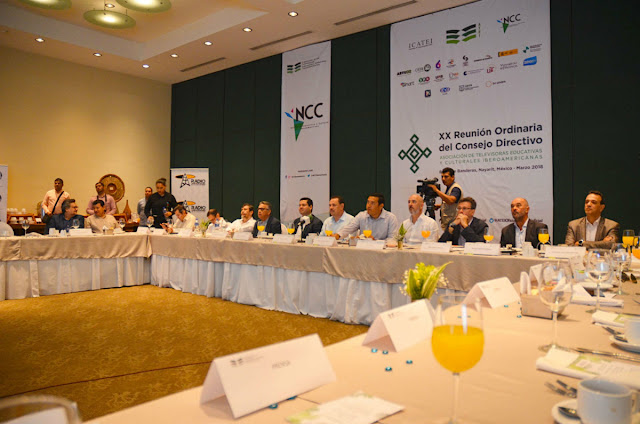 During the official welcoming ceremony, Eulalio Coronado Mendoza, the Tourism Secretary of Nayarit, pointed out the pride he takes in being part of the tourism sector of the state where the community, businesses, and the government all work together to offer unique experiences to visitors, harmoniously and with sustainable growth.
“Throughout these two days the Riviera Nayarit has witnessed the efforts of 90 instutions from more than 20 countries to disseminate science, technology, and culture—efforts that are shared by the Governor of the State of Nayarit, Antonio Echeverría García, through Nayarit’s System of Radio and Television.” 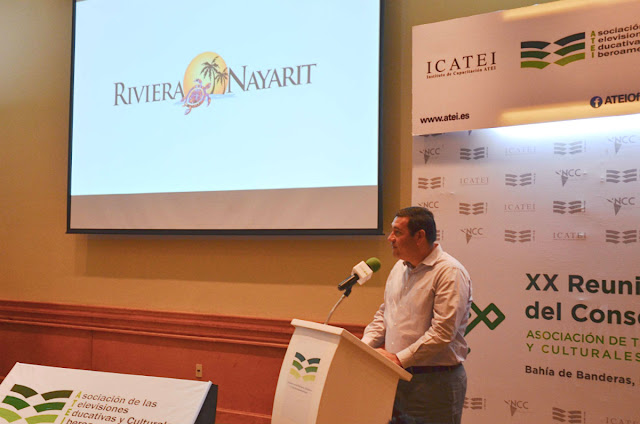 “For example, during the next few months we will be hosting the XXV National Science and Technology Week being celebrated in our country. We’re certain the constitution of the Editorial Advisory Board of Ibero-American Scientific and Cultural News (NCC) will reinforce the fulfillment of our objectives,” he added.
The meeting was presided over by Professor Gabriel Torres Espinoza, the current president of the ATEI, who is also managing director of the University System of Radio, Television, and Cinematography of the University of Guadalajara. He commented the ATEI has had excellent results in strengthening the communication between the communities and the countries through cooperation with Ibero-America.
Torres Espinoza added that this year a public television network will open in Puerto Vallarta with the support of the University of Guadalajara, although at first it will broadcast state content it will be open to local content, as well. 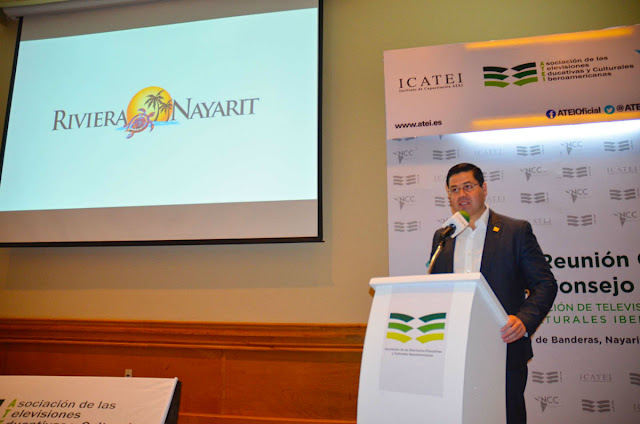 Jaime Cuevas Tello, Municipal President of Bahía de Banderas and Marc Murphy, Director of the Riviera Nayarit Convention and Visitors Bureau (CVB) and the Bahía de Banderas Association of Hotels and Motels (AHMBB) were both present at the meeting.
Also present were Alberto Fabián Rodríguez, Public Relations and Communications Secretary for the Mar de Plata National University in Argentina; Miquel Francés Domènec, Director of the Audiovisual Workshop at the University of Valencia, Spain; Denis Alonso, Director of the Radio and Television System of Nayarit; Aarón Peral Obregón, Director of Channel 6 in Nicaragua; Armando Casas, Director of the TVUNAM; and Professor Rubicella Valencia Ortiz, Innovation Coordinator at the Latin American Institute of Educational Communication (ILCE), among others. 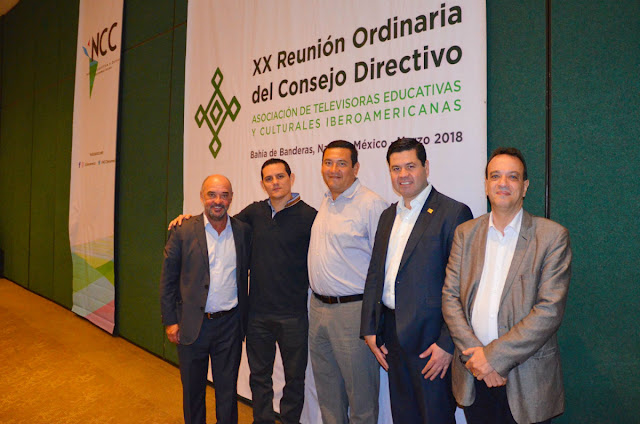 The Facts:
The ATEI is comprised of over 90 institutions from 20 countries, among them public television networks, ministries of education and culture, and universities. It is the largest network of Ibero-American cooperation in the use of television and information and communication technologies for the dissemination of education, culture, and science.
###
The Riviera Nayarit Convention and Visitors Bureau (CVB) and the Bahía de Banderas Hotel and Motel Association (AHMBB) are working intensely on promoting the destination with the support of the Government of the State of Nayarit via the Tourism Promotion Trust (Fiprotur). The offer of tourism products related to culture is a key asset for these promotional efforts.
https://www.rivieranayarit.com/wp-content/uploads/2019/07/logox300.jpg 0 0 1stonthelist https://www.rivieranayarit.com/wp-content/uploads/2019/07/logox300.jpg 1stonthelist2018-03-20 11:41:002018-03-20 11:41:00Cultural And Scientific Programming Receives A Boost In The Riviera Nayarit

The Riviera Nayarit And Puerto Vallarta Were Promoted In Vancouver