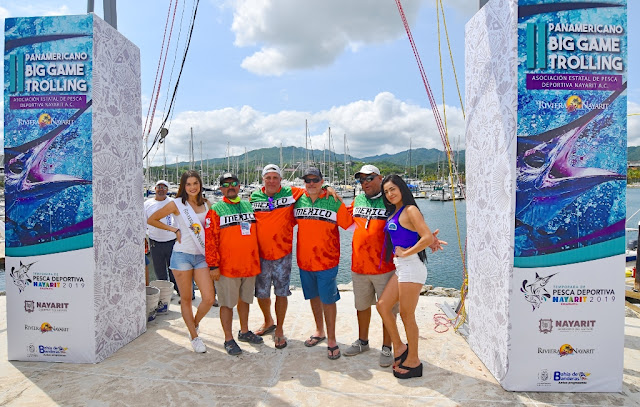 Mexico was the undisputed winner of the II Pan American Big Game Trolling Championship 2019 “Nayarit Enamora” held August 16-18 in the Riviera Nayarit. The destination made a “1,2,3” in the Team category and was automatically positioned in first place among Nations above the United States and Canada.
After two days of fishing, the catches were presented on Sunday afternoon at the Marina Riviera Nayarit in La Cruz de Huanacaxtle. This was followed by the awards ceremony at the Marival Emotions Nuevo Vallarta headed by local authorities and representatives from the various fishing associations.
Carlos Menchaca Díaz del Guante, president of the Sport Fishing Association for the State of Nayarit, said he was satisfied with the results and their mission—to promote tourism in the state of Nayarit—was accomplished. However, he did lament the shortage of catches. 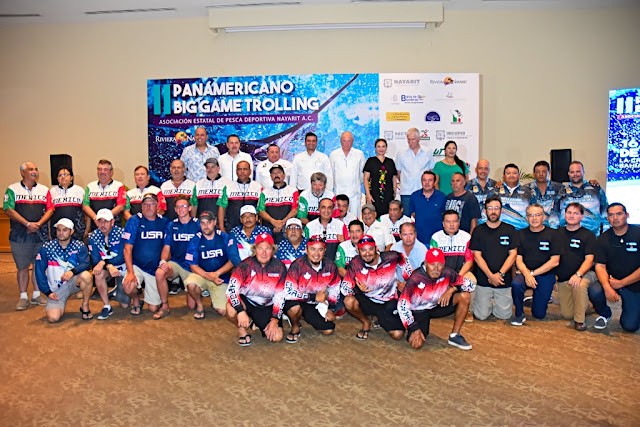 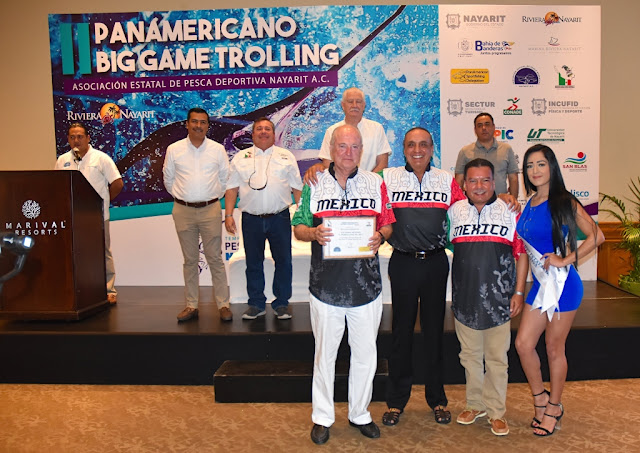 A destination made for sport fishing
Events like the II Pan American Big Game Trolling Championship 2019 help solidify the Riviera Nayarit’s reputation as a favorite destination for sport fishing in Mexico. The climate and maritime conditions are always very favorable, as is the diversity of species that inhabit its over 300 kilometers of coastline. 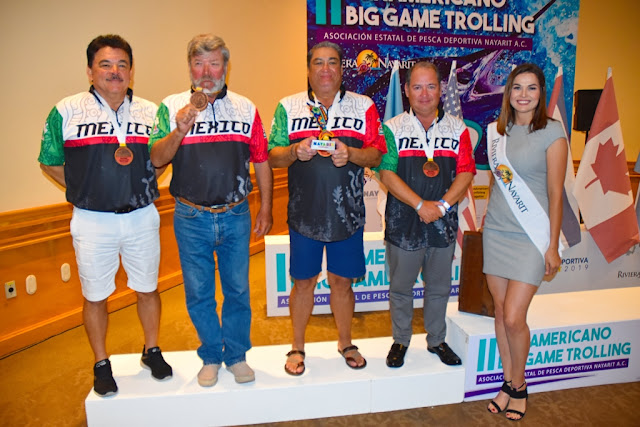 Every season the destination hosts at least three important tournaments either in Banderas Bay or San Blas. Two world record-beating catches have been registered here—a kingfish and a 322.2-kilo swordfish. The destination also boasts modern marinas, trained personnel, technicians and cutting-edge tech for boats, restaurants, luxury hotels, and all the infrastructure required by this sport.
###
Riviera Nayarit reaffirms its status as an ideal destination for sports tourism thanks to the many world-class events that take place here with the support of the Government of the State of Nayarit via the Tourism Promotion Trust (Fiprotur).
https://www.rivieranayarit.com/wp-content/uploads/2019/07/logox300.jpg 0 0 1stonthelist https://www.rivieranayarit.com/wp-content/uploads/2019/07/logox300.jpg 1stonthelist2019-08-22 09:12:002019-08-22 09:12:00Fishing “Mexican-style” during the II Pan American Big Game Trolling Championship 2019

Look what awaits you: 8 relaxing wellness experiences in the Riviera Nayarit

Winter At The Beach? Come To The Riviera Nayarit!

Charlie Sheen is back for Christmas in Riviera Nayarit