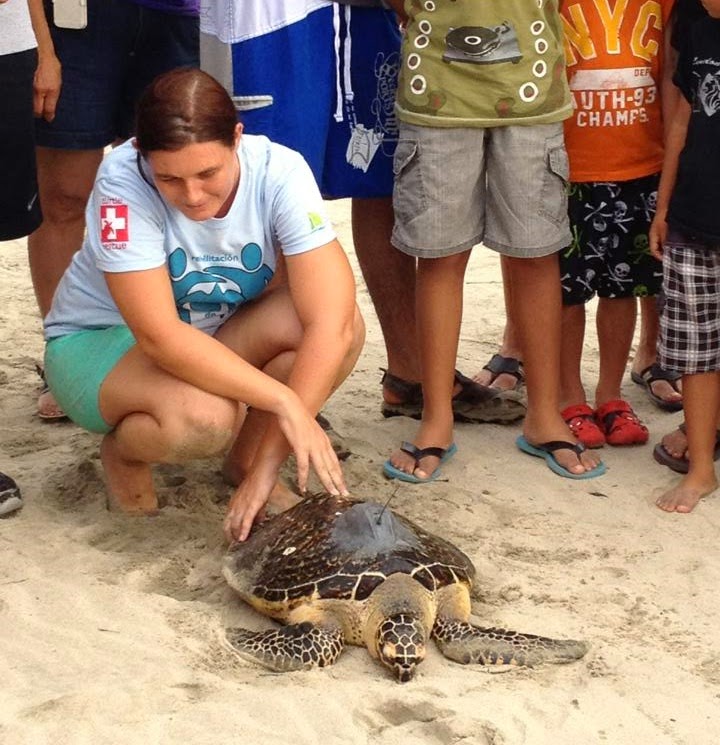 After being liberated in September 2013 with a satellite transmitter, “Nayar,” the Hawksbill sea turtle, began emitting signals between the Banderas Bay and San Blas until it returned this month, establishing the possibility that these turtles remain residents of their birth zone.
The Red Tortuguera, a civil association led by biologist Catherine Hart, obtained the results. These will serve to corroborate the sedentary lifestyle theory for this endangered species, thus helping to apply specific strategies for its conservation within the Riviera Nayarit.
There are approximately 500 female nesting Hawksbills in the Pacific Ocean, 20 of which have been detected near Nayarit. The species concentrates in this area thanks to its abundance of coral reefs.
“With this information we’ll be able to implement strategies to protect them from bycatch, whether it’s accidental or direct. This turtle is endangered and it’s worth more alive than whatever the black market would pay for it otherwise,” said Vicente Peña, a turtle protection camp technician who collaborates with the project.
Part of the ongoing strategies include talking with the fishing co-ops in the region and letting them know should they find any sea turtles—not just Hawksbills—they should report it to the pertinent authorities and receive a cash incentive for their awareness.
“Nayar” will be returned to the ocean on Saturday, August 23rdat 6 p.m., this time without the satellite tracker, which was removed and will be sent for repairs in order to be re-used on a different Hawksbill turtle in the future.
The Red Tortuguera and La Tranquila Breath Taking Resort Punta Mita invite the general public to witness the liberation of Nayar. This will be followed by a liberation of Olive Ridley hatchlings on the same beach in Litibú.

The marking of Hawksbill turtles in the Riviera Nayarit was made possible thanks to the support of the Banderas Bay Hotel Association and the Riviera Nayarit Convention and Visitors Bureau; both entities are concerned with the preservation of this species and paid for the satellite tracker last year. 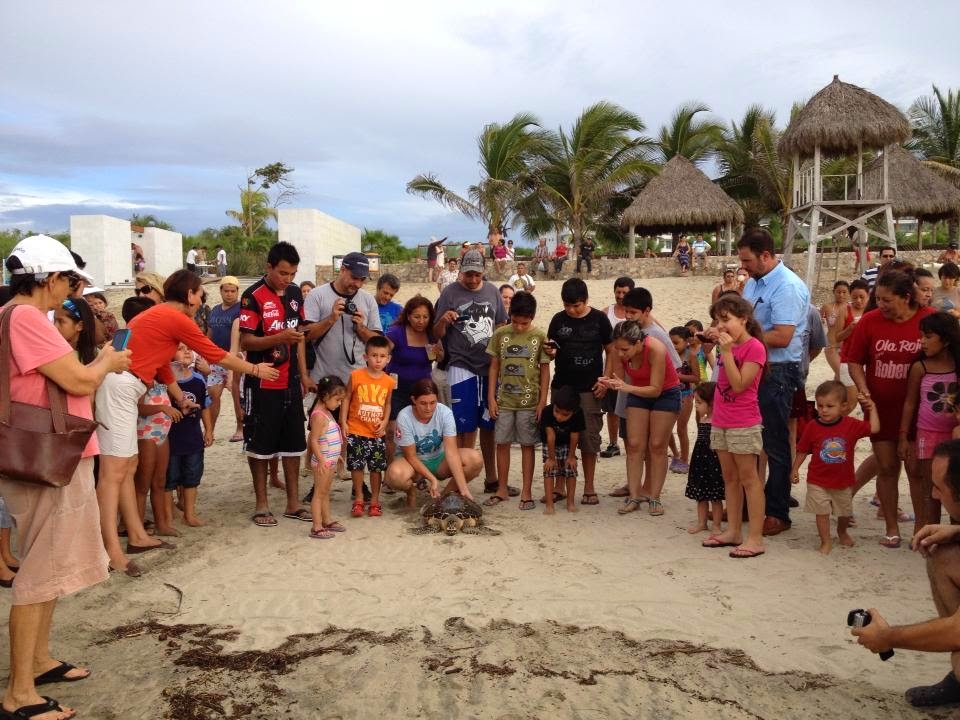 Riviera Nayarit is worth its weight in ‘gold’
Mexico Travel Channel Broadcasts the Riviera Nayarit’s Charms
The Riviera Nayarit Reaffirms Its Status As The Leader In Clean Beaches
SEE IT TO BELIEVE IT IN THE RIVIERA NAYARIT: The much-anticipated visit of the humpback whales
10th International Latin American Golf Championship In The Riviera Nayarit
Bucerías Unveils The “Diver’s Statue”
The San Pancho Children’s Circus Presents “Midsummer Night’s Dream”
Riviera Nayarit earned the title as Travelocity’s Best Luxury Beach Destination
0 replies