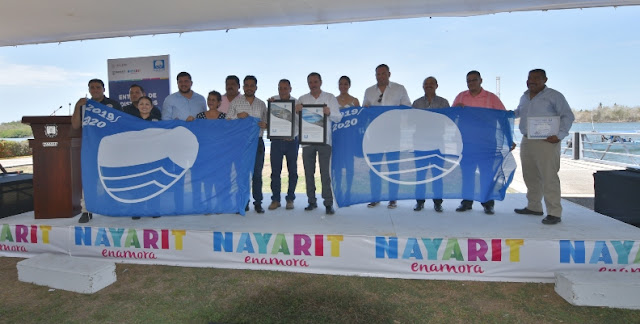 On Monday, July 15, 2019, Blue Flag certificates were awarded to the beach at Nuevo Vallarta Norte and the Marina Riviera Nayarit during a ceremony headed by Miguel Torruco Marqués, Mexico’s Secretary of Tourism, and Antonio Echeverría García, Governor of the State of Nayarit. Both venues are in the municipality of Bahía de Banderas in the Riviera Nayarit. The Lagoon at Santa María del Oro (municipality of Santa María del Oro), and the Marina Fonatur San Blas (municipality of San Blas) are also within the Riviera Nayarit.
The event took place at the Marina Fonatur in the Historic Port of San Blas, where they raised the corresponding flag. This occasion marked the first time the marina received this international certification.

Thanks to these credentials, the state of Nayarit has become an example for the nation.  According to Torruco Marqués, this “speaks to the commitment the tourism service providers and the community have with the environment.”
He stated that over the next three decades, people would have more free time and more income. Therefore, “those nations that best preserve their environment and, above all, conserve their historical, cultural, and culinary identity, will be the ones who will participate fully in the extraordinary economic revenue generated by tourism.” 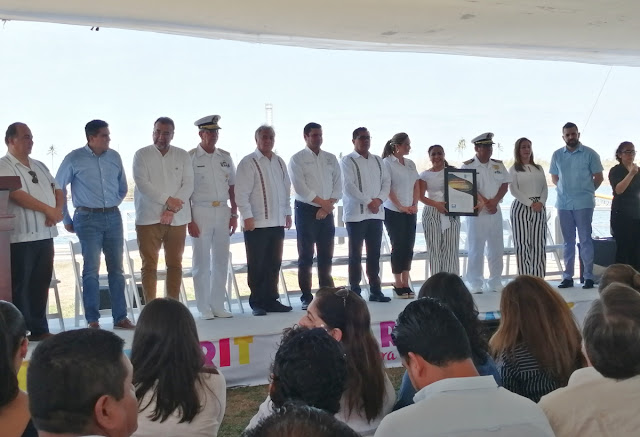 Ana Cecilia Llanos Guzmán, Secretary of Tourism of the State of Nayarit, also made a distinguished appearance at the event, along with the municipal presidents of Bahía de Banderas, Jaime Cuevas Tello, and Candy Yescas, from San Blas.
The Foundation for Environmental Education (FEE) sets the protocols for Blue Flag certifications. Joaquín Díaz Ríos, executive director for the entity’s Mexico chapter, offered the explanatory statements: The main criteria taken into account for this award are water quality, environmental education and management, safety, and services.


Of note is the fact the certification is valid for one year. Because of this, at the end of every summer the beaches are up for recertification after an exhaustive evaluation. 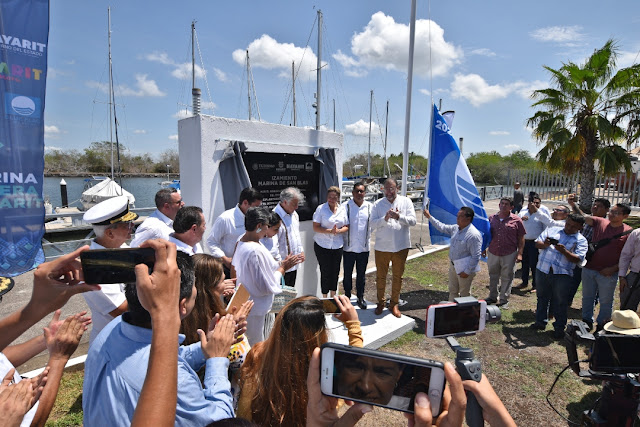 MORE INFO:
+ According to statistics offered by the Ministry of Tourism, Mexico is first in line in Latin America as to the number of Blue Flags received and in 13th place worldwide.
+ Currently, 54 beaches and three marinas in 13 municipalities and six states in Mexico have the certification: Baja California Sur, Nayarit, Jalisco, Guerrero, Oaxaca, and Quintana Roo.
+ The Riviera Nayarit received its first Blue Flag for the beach at Nuevo Vallarta Norte in 2013, which has maintained its certification since then.
+ The Marina Riviera Nayarit in La Cruz de Huanacaxtle received its Blue Flag in 2015, the first of its kind to receive this international award.
+ The lagoon at Santa María del Oro raised its first Blue Flag in August of 2016. 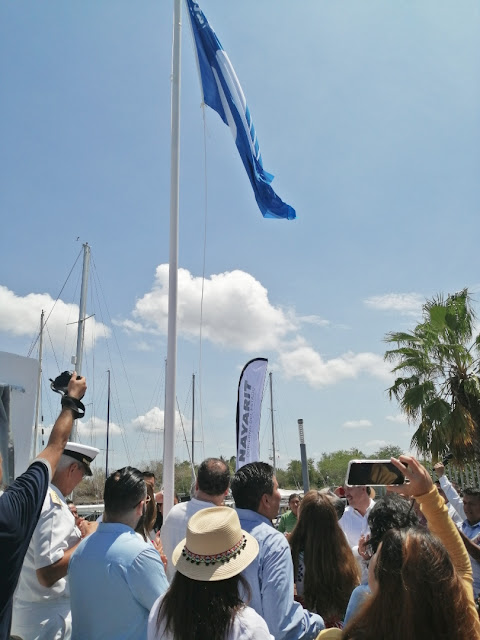 ###
The Riviera Nayarit Convention and Visitors Bureau (CVB) and the Bahía de Banderas Hotel and Motel Association (AHMBB) work intensely to promote the destination with the support of the Government of the State of Nayarit via its Tourism Promotional Trust (Fiprotur).
https://www.rivieranayarit.com/wp-content/uploads/2019/07/logox300.jpg 0 0 1stonthelist https://www.rivieranayarit.com/wp-content/uploads/2019/07/logox300.jpg 1stonthelist2019-07-18 05:20:002019-07-18 05:20:00The Riviera Nayarit renews its Blue Flag certifications

Top 10 Must-Sees In The Riviera Nayarit

The beauty of Riviera Nayarit is a sure winner