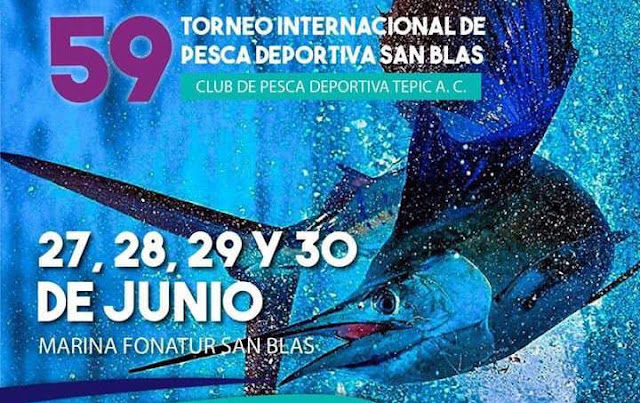 The Historic Port of San Blas is ready to welcome the 59th San Blas International Sport Fishing Tournament 2019 to take place at the Marina Fonatur from June 27-30, 2019. For the first time in 59 years, the tournament will employ the “catch and release” format.
Organized by the Tepic Sport Fishing Club, the tournament is considered one of the Riviera Nayarit’s signature events and the best of its kind in the entire Mexican Pacific. The event has the support of the Nayarit State Sport Fishing Association as well as the Bahía de Banderas Hotel and Motel Association (AHMBB) and the Riviera Nayarit Convention and Visitors Bureau (CVB).
Francisco Navarrete Buhaya, director of Nayarit’s fishing tournaments, said this year’s event promises to be an exciting time for sport fishing aficionados; the highlight is that the organizing committee has decided to follow the worldwide trend of preserving the species and adopt the “catch and release” format.
“Everything changes—over the past 60 years we’ve seen an endless number of events that have changed history,” said Navarrete. “To be able to be able to hand down this beautiful sport to future generations, from June 27-30 we’ll be witness to this new method that has become a worldwide trend—and we won’t be left behind.”
DETAILS
+ There’s only one category: Catch and Release
+ Registration is MXN 25,000 per boat. (There will be a discount for fishermen affiliated with the State Sport Fishing Association.)
+ The confirmed teams are from different areas in Mexico including Guadalajara, Mexico City, León, San Luis Potosí, and Veracruz, among others. Fishing crews from the United States and Canada will also participate in the tournament. 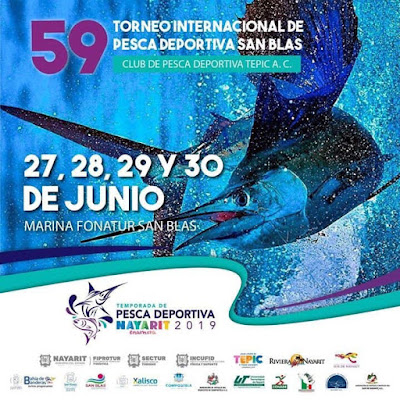 The Riviera Nayarit’s Longest Zip-Line Is Over Half A Mile Long!

Let the wind bring you to Riviera Nayarit
0 replies

The Riviera Nayarit has the best events in July!
Scroll to top