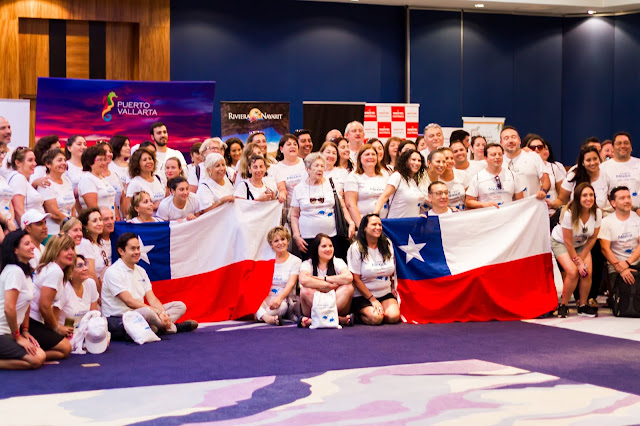 The goal of the IX Copa Vacations Chile Convention, held May 2-9 in Guadalajara, Puerto Vallarta, and the Riviera Nayarit, was for the 80 South American wholesale travel agents to experience the “Real Mexico” and get to know the new Copa Airlines’ destinations in the Mexican Pacific.
The agents had a very intense work schedule that combined visits to the most iconic attractions with Mexican gastronomy, recreational activities, and hotel site inspections.

Diego Bermúdez, regional manager for the Andean Community and Mexico, lead the convention together with wholesalers, Caribbean, Euro Andino, Panamericana, and Tour Mundial—all part of the Copa Vacations Chile pool—as well as eight representatives from these companies and two from Copa Vacations.
Representatives from both destinations’ promotions offices welcomed the agents with a prepared itinerary during their stay in Puerto Vallarta and the Riviera Nayarit. The visitors were divided into two groups of 40 each.

The first group arrived in the Riviera Nayarit on Thursday, May 2nd to enjoy the destination’s luxury, diversity, and natural beauty, holding site inspections at the Riu brand’s hotels and the Hard Rock Vallarta, where they were welcomed with dinner on the beach and live music.

The second group arrived on Saturday, May 4th from the Magical Town of Tequila and were hosted by the Grupo Marival hotels with stays at the Marival Armony plus site inspections at Marival Emotions (formerly Marival Club & Suites) and Marival Distinct (formerly Marival Residences). The day ended with a spectacular welcome dinner at the Mozzamare Beach Club.

Tourism and the gastronomy of Nayarit
The convention officially began at the Reflect Krystal Grand Nuevo Vallarta on Monday, May 6th, with welcome speeches by Javier Aranda Pedrero, director of the Puerto Vallarta Tourism Trust (Fidetur) and Marc Murphy, director of the Riviera Nayarit Convention and Visitors Bureau (CVB). Both expressed their delight at this visit, which represents an extraordinary opportunity to reinforce sales of the destination in the South American market. Jesús Carmona Jiménez, president of the Bahía de Banderas Hotel and Motel Association (AHMBB) was a special guest.
During his presentation Diego Bermúdez shared highlights on excellent results registered from the Copa Airlines’ Panamá-PVR-Riviera Nayarit flight. These results haven’t translated to Chile quite yet, so he exhorted travel agents to increase their sales. 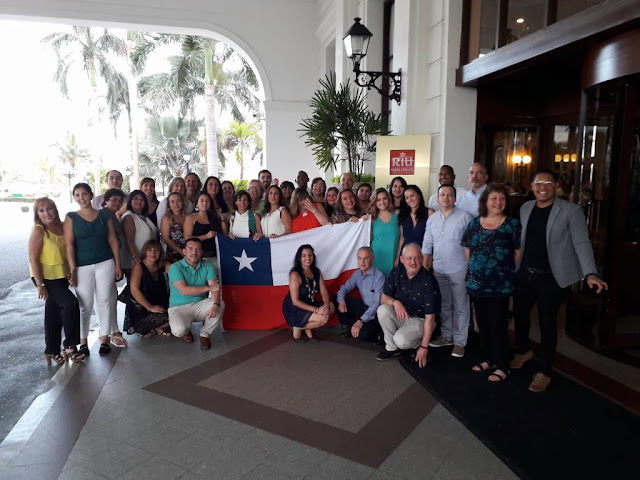 A visit to Rancho Mi Chaparrita in Sayulita Pueblo Mágico was a highlight of the agents’ scheduled activities, where they enjoyed tours by horseback and quads. The agents also visited the coastal village of Bucerías and its traditional market, where they spent a pleasant afternoon by the sea at the Sukha Beach Club.
The agents returned to their country on Thursday, May 9th after seven days in the region, happy and grateful to have spent time in one of Copa Airline’s nine destinations. The airline is a main partner on this adventure that will allow Chileans to experience the “Real Mexico.” 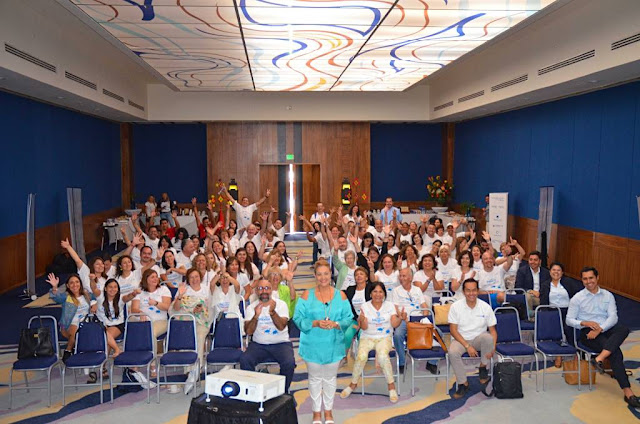 Riviera Nayarit in Chile’s El Mercurio
Among the invitees was Mauricio Alarcón, editor of the Sunday magazine—the Tourism supplement published in Chile’s El Mercurio newspaper that is always in search of new destinations. This medium had already visited and published an article about Mexico’s Pacific Treasure; this time, the request was to visit the Nuevo Vallarta-Flamingos corridor, Bucerías, and Lo de Marco.
El Mercurio is one of the oldest active dailies in Latin America and the most influential opinion paper in Chile. It was founded in 1900 (though its affiliate, El Mercurio de Valparaíso, has been published since 1827) and is known as the “dean of the Chilean press.” Its Sunday magazine, which specializes in travel, has been edited since 1966.
FOR MORE IMAGES, CLICK:
https://www.dropbox.com/sh/5zgt7r83r7swkd2/AACIhrbqfaEg8kmVK9yvAyp_a?dl=0
###
The Riviera Nayarit Convention and Visitors Bureau (CVB) and the Bahía de Banderas Hotel and Motel Association (AHMBB) reaffirm their commitment to the strategic promotion of the destination, pursuing areas of opportunity and consolidating new markets to increase the number of incoming tourists, together with the support of the Government of the State of Nayarit via the Tourism Promotion Trust (Fiprotur).
https://www.rivieranayarit.com/wp-content/uploads/2019/07/logox300.jpg 0 0 1stonthelist https://www.rivieranayarit.com/wp-content/uploads/2019/07/logox300.jpg 1stonthelist2019-05-13 08:39:002019-05-13 08:39:00Chilean travel agents discover the Riviera Nayarit

It’s Time For The 17th Guayafest In The Riviera Nayarit!

Romance is all around Riviera Nayarit The Sensational Dallas Cheerleaders Land In The Riviera Nayarit

Million-peso fish is at Riviera Nayarit

Claudia Álvarez Celebrates Her Bachelorette Party In The Riviera Nayarit

The Riviera Nayarit’s Longest Zip-Line Is Over Half A Mile Long!
0 replies

Travel and fly to the Riviera Nayarit: Take advantage of great prices at the... Riviera Nayarit charms at the 2019 Romance Travel Forum
Scroll to top