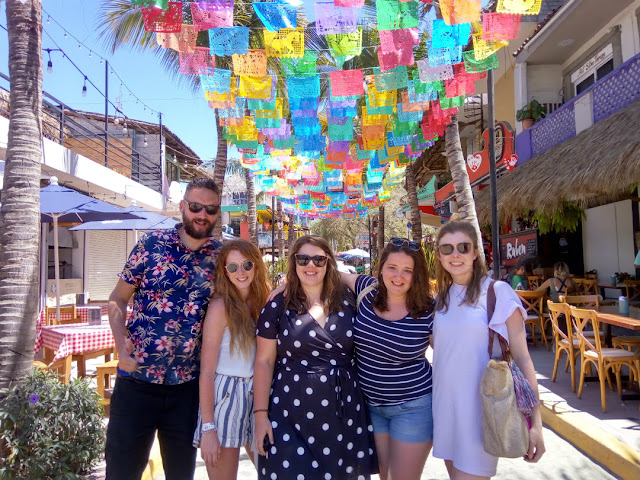 Five UK journalists participated in a press trip to the Riviera Nayarit from April 17-20; they visited several of the destination’s coastal villages, so they could return home and write about their experiences in their respective media.
Among the five journalist visitors to Mexico’s Pacific Treasure were Laura Hampson from the online version of the London Evening Standard; John Ward from the Daily Star, both digital and print; Emmy Griffith from Hello! online; Charlotte Temple, from Cosmopolitan online; and Natasha Sá Osório, from PR MediaCo.
The press trip was organized by Enroute Communications Marketing and Public Relations Firm and coordinated by both the Riviera Nayarit Convention and Visitors Bureau (CVB) and the Puerto Vallarta Tourism Trust (Fidetur).
The writers and journalists arrived in the region on Friday, April 13th and were busy in Puerto Vallarta through Monday, April 16th. On Tuesday the 17th they were welcomed by the Riviera Nayarit Public Relations team, which had prepared an itinerary and program focused on the destination’s most iconic symbols. 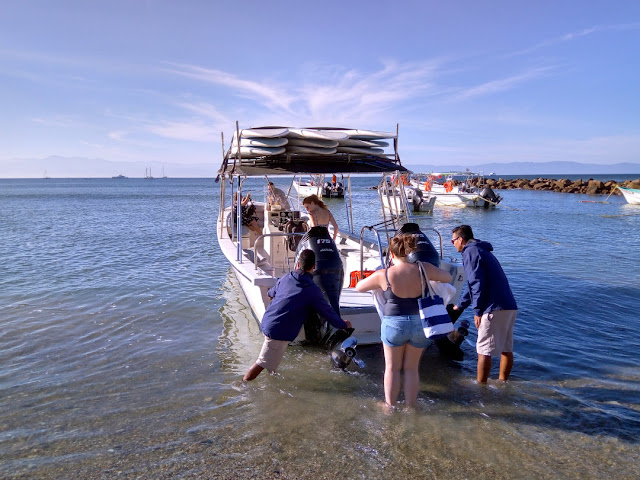 That same Tuesday the group visited the W Punta de Mita hotel for a site inspection, where they enjoyed a hydrotherapy treatment at the Away Spa followed by a delicious meal at its restaurant, Venazu.
Over the course of the next few days they went on a Marine Safari tour with Punta Mita Expeditions, visiting the Islas Marietas and the famous Playa Escondida (Hidden Beach.) The also toured the Magical Town of Sayulita, also known as the Surfing Capital of the Riviera Nayarit, where they ate a meal of traditional Mexican tacos and marveled at the handicrafts made by the Wixárica artisans. On Thursday the 19th they went to San Pancho, known as the Cultural Capital of the Riviera Nayarit, to visit its famous La Patrona Polo club and, of course, for a taste of the famous aguachile (shrimp cooked in lime juice and chile) at Las Palmas restaurant with its tropical charm and authentic Nayarit cuisine. 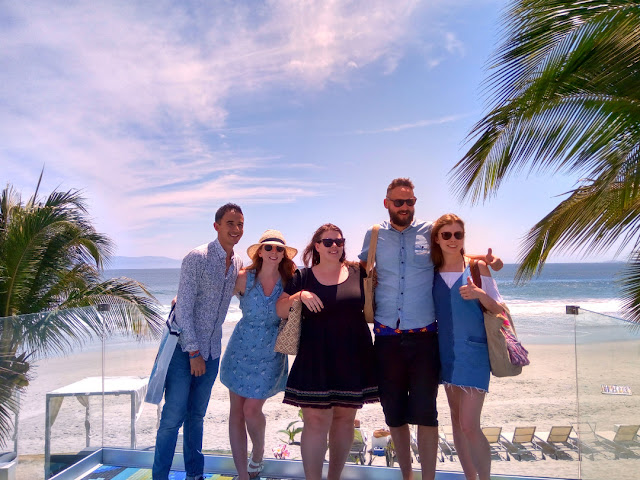 The tour ended on Friday, April 20thwith a stop in the town of La Cruz de Huanacaxtle, where they toured the luxurious Marina Riviera Nayarit that can dock up to 400 boats. Later they savored a delicious meal in the Nuevo Vallarta area before leaving for Puerto Vallarta’s international airport and their trip back to the United Kingdom on Thomson Airways.
###
The Riviera Nayarit Convention and Visitors Bureau (CVB) and the Bahía de Banderas Hotel and Motel Association (AHMBB) reaffirm their commitment to the strategic promotion of the destination, pursuing opportunities and consolidating new markets to increase the number of incoming tourists, together with the support of the Government of the State of Nayarit via the Tourism Promotion Trust (Fiprotur).
https://www.rivieranayarit.com/wp-content/uploads/2019/07/logox300.jpg 0 0 1stonthelist https://www.rivieranayarit.com/wp-content/uploads/2019/07/logox300.jpg 1stonthelist2018-05-14 08:02:002018-05-14 08:02:00Riviera Nayarit Charms UK Journalists This Spring The Riviera Nayarit Takes Over The Airwaves

Colombia Is All About The Riviera Nayarit

Ring in the New Year Refreshed and Energized by the Natural Beauty of Mexico’s Pacific Treasure, Riviera Nayarit

Riviera Nayarit Extends An Open Invitation To The 7th Jarretaderas Fishing Tournament... The Riviera Nayarit Among The Top Domestic Destinations
Scroll to top