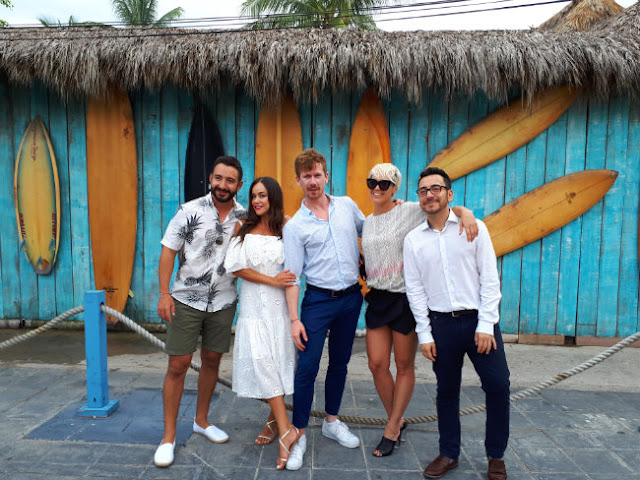 A group of influencers and Mexican journalists who focus on the luxury segment were in the Riviera Nayarit last month to cover the Punta Mita Beach Festival; the visit focused on obtaining more coverage for this type of event within the Millennial generation.
The 5th Punta Mita Beach Festival took place August 12-13 at the Kupuri Beach Club, where the best of sports, cuisine and luxury came together in Mexico’s most exclusive residential enclave.
Thanks to the work done by the Riviera Nayarit CVB’s Public Relations department, five well-known influencers with large followings on social media were present, all of whom posted frequently on the Festival activities. The visiting influencers included: Gabriel Ibarzábal, one of the top fashion bloggers in Latin America; Gaby Gómez, blogger fashion and beauty (Moda Capital); Guillermo Martínez (Memo Capital), blogger, photographer, traveler and motorcycle aficionado; Maarten Dannenberg, actor and blogger; and Mex Alex, a Swiss blogger who is passionate about Mexico. She owns a lifestyle, fashion and travel blog.
According to a preliminary report, there were a total of 99 posts on Instagram, Facebook Twitter and various blogs where they mention the Riviera Nayarit, Punta de Mita and the Punta Mita Beach Festival, garnering a total of 929,830 media impressions worth $1,567,500 pesos, had they been paid for.
Chic Passport reporter María Elena Gallegos Caballero was also present; the publication is a monthly supplement with a print run of 45 thousand, distributed for free in San Pedro Garza Garcia (Monterrey) and Mexico City. It focuses on travel to the trendiest destinations, must-see hotspots and recommendations for making any trip better and more fun. 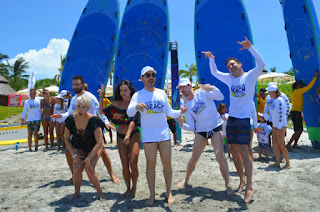 Glamour magazine writers Janet Tatiana Correa and Eduardo Aguilar Madrigal were there as well. Known as the “Mexico’s best-selling fashion and beauty magazine” and distributed in Mexico and Latin America, it has had a prestigious reputation worldwide for over 70 years. According to its media kit, Glamour has over 1,446,018 monthly readers; 2,160,390 unique users online; and 3,723,537 followers on social media.
The influencers and journalists visited the town of Punta de Mita and the beach at El Anclote, where they reveled in the natural beauty and luxury offered by the Riviera Nayarit, had lots of fun and shared their experiences with their followers.
Take a look at the influencers and their media:
Guillermo Martínez (Memo Capital): https://twitter.com/memocapital?lang=es
Gaby Gómez (Moda Capital): http://www.modacapital-blog.com/
Maarten Dannenberg: http://www.maartendannenberg.com/
Gabriel Ibarzábal: http://latinfashionews.com/blog/
Mex Alex: http://mexalex.com/
Glamour magazine:  http://www.glamour.mx/
Chic Passport Magazine: http://www.chicmagazine.com.mx/passport/
https://www.rivieranayarit.com/wp-content/uploads/2019/07/logox300.jpg 0 0 1stonthelist https://www.rivieranayarit.com/wp-content/uploads/2019/07/logox300.jpg 1stonthelist2017-09-05 09:10:002017-09-05 09:10:00Influencers and Media Publicize Riviera Nayarit Events

Colombian Press Showcases The Wonders Of The Riviera Nayarit

21st Edition Of The BCN In The Riviera Nayarit