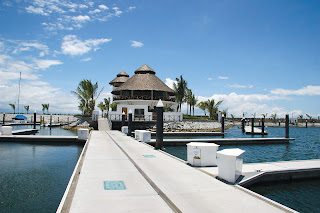 In Riviera Nayarit luxury is our magic, the magic that has helped to recover the confidence of international travelers as shown by studies carried out by the Convention and Visitors Bureau (CVB) of Riviera Nayarit.

“We’ve worked hard on promoting the whole coast of Nayarit, and although this data does not yet include the high season figures, when we see an increase in the flow of foreign visitors, the October figures indicate our work has paid off and that we’re regaining confidence in international markets.

“No doubt this will gradually reflect on the economy of the people, because the tourism industry is the economic engine of Nayarit. It’s service industries, farmers and local producers, we all benefit,” said Marc Murphy, director of the CVB of Riviera Nayarit.

Appart, the surveys highlighted that the significant increase of foreign visitors to the Municipalities of Compostela and San Blas reflected on occupancy rate increases:  In Compostela, hotel room occupancy increased by 10%, when comparing October 2011 with October 2012; and in San Blas the rise was up to 3 %.

The CVB of Riviera Nayarit is a civil non-profit organization that works under the Association of Hotels and Motels of Bay of Banderas. With actions like this it demonstrates that promote the tourism to Nayarit means to promote economical development and the well being of all the people in the region.