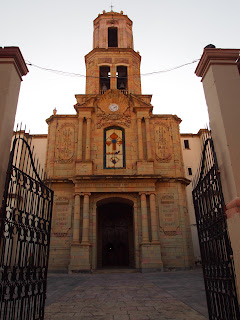 ·   The Sweet Corn Fair in Jala and Xalisco, a region where the largest corncobs in the world are grown, invites us to experience a tradition of Mexico’s Pacific Treasure during the first two weeks of August
Every year, during the first half of August in Nayarit Colonial, located near Riviera Nayarit, the communities of Xalisco and Jala celebrate festivities in the name of corn. These large celebrations are organized to honor the first harvest with a festival where corn is the protagonist, but the local cuisine, culture and traditions play honorary guests. This year, there will be a special celebration in Jala, and on August 11 there will be a series of lectures around this grain and its importance.
The event is actually a religious party that celebrates the Virgin of the Assumption on August 15. Historically, pagans began celebrating earlier, and therefore nowadays there’s dancing and performances in public places, cockfights, rodeos, horse racing and a number of activities starting on August 1.
New York is currently showcasing the largest corn in the world in a museum, but even most of those who have seen it are unaware of its origin. That particular corncob was harvested in Jala, a small rural village in the central region of Nayarit.
The plateau in this vicinity of Riviera Nayarit is renowned for its corn, a favorite grain for Mexicans. From Xalisco to Ixtlan you can enjoy a landscape that alternates diverse natural habitats with cornfields, but what really has given a name to this region is the size of the corn grown here.
The maize currently displayed in New York measures almost 20 inches, not including the cob. However, all the cobs in this region exceed 12 inches, which are enough to make any farmer proud.
The food booths, offering different varieties of corn, as well as processed products based on this grain are set on the streets and offer a real experience to the palate.
The most important event is “The World’s Largest Corn” competition, where local farmers showcase their most beautiful crops. The largest maize wins, and it usually ranges between 14 and 16 inches, which means that including all leaves and fruits, the cob is close to a yard.
Visiting Jala also allows us to enjoy the colonial architecture of the rural areas of Mexico in their purest form, as the National Institute of Anthropology and History (INAH) has protected its streets and buildings, and visiting them becomes an unforgettable experience, as this town has retained its essence in every single corner.
This celebration is the perfect excuse to visit Riviera Nayarit and to enjoy its traditions, its culture, and its most typical cuisine.
HOW TO GET THERE
Jala is located in the southern part of the State of Nayarit. It’s bordered on the north by the municipalities of Santa Maria del Oro and La Yesca and on the south by the municipalities of Ahuacatlán and Ixtlan del Rio. To get there, take the highway from Tepic to Guadalajara and turn at the junction located about ten minutes after Ixtlán del Rio. There aren’t currently any lodging options available, so the recommendation is to stay in Tepic, in order to also be able to enjoy the festivities in Xalisco, which is the town adjacent to the capital of Nayarit and home to one of the two Corn Festivals held in the state.
CONFERENCES
The following conferences will be held at Jala’s Municipal Auditorium on August 11 starting at 14:00 pm (PDT):
Sortilegio de maíz para curar
Josefina Bringas Santiago / UNAM – ENAH
Topic: The use of corn by shamans to identify the origin of the disease and the treatment required
Museo Nacional del Maíz
Archaeologist Raul A. Méndez-Lugo / Nayarit INAH
Topic: Proposed creation of the Museum of Corn in Jala, Nayarit
Centro Regional de Investigaciones sobre la Cultura del Maíz
Miguel González Lomeli
Topic: The importance of creating a museum in Jala, Nayarit, in order to share the economic and social aspects about corn
Del Criollo al Transgénico
Yuri de Gortari and Edmundo Escamilla / School of Mexican Cuisine History, Art and Culture
Topic: The dangerous situation of mixed corn and the risks of transgenic corn
Estamos Fritos Mexicanos
Chef Ramiro Lopez Macias / Huidas Por México
Topic: The dangerous situation of mixed corn and the risks of transgenic corn
.
La magia de la comida
Chef Julissa and chef José Manuel Nava Aguado
Topic: Food of the Magical Towns
El elote de Jala
Pedro Luna / Chronicler of Tepic and Professor of the UAN