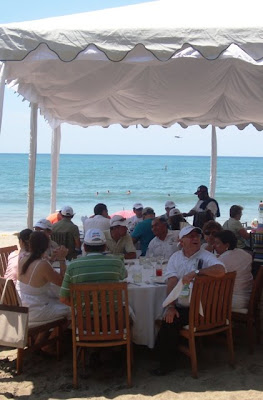 “It’s truly remarkable that only four years after its launch as a brand-destination, Riviera Nayarit is widely known not only by travel agents and industry professionals, but by national and international tourists”, stated the article about the ‘rapid growth’ of Mexico’s Pacific Treasure.

The Convention and Visitors Bureau (CVB) of Riviera Nayarit has put special emphasis in the promotion of this market segment, as it not only brings a major economic downpour to our region, but it also promotes mouth-to-mouth publicity among opinion leaders and subsequent trips by those who participate in congresses. The efforts being made have resulted in an increased participation of this segment in the destination’s room occupancy figures, which have expanded from 1 to 6% in the last four years.

“This combination of luxury, adventure and nature, together with the branding of a successful and expanding destination, has consolidated Riviera Nayarit as one of the most important destinations in the country for wedding, congress, convention and incentive-based vacations. Our destination offers a variety of lodging options that range from small ecological hideaways and boutique hotels to modern complexes with spaces that allow for any type of meeting”, stated the magazine.

Events like the Boat Show Latin America and the Copa Mexico Regatta featured Riviera Nayarit in this segment in 2010, while the second edition of the Riviera Nayarit Classic from the LPGA Futures Tour, the 2nd Annual Longboard and Stand Up Paddle Surf Punta Sayulita Classic and the return of the AMDIVED world convention taking place in 2011 reaffirm our destination’s consistent leadership in this market.

Dallas Cowboy’s Cheerleaders will get in swimmingsuits at Riviera Nay... Do you know what’s happening at Riviera Nayarit? Then win a free vaca...
Scroll to top