The Riviera Nayarit ended Holy Week with a formal hotel average occupancy of 93.02% and revenue of close to 48 million dollars. Its estimated there were 104,842 visitors over the Holy Week and Easter week holiday periods, which indicates an increase of 18.2% over that of 2017.
According to numbers from the Riviera Nayarit Convention and Visitors Bureau’s (CVB), daily occupancy in Bahía de Banderas fluctuated between Monday, March 26th through Sunday, April 1st, starting at 91.18% and ending at 90.24% on Sunday, with Friday, March 30th registering the highest percentage at 95.40%. The daily influx of tourists remained between 25,436 and 26,635 visitors.
The 2018 numbers are preliminary and are updated with data from the reservations departments in the top hotels in the destination, though there is already a noticeable upward trend; especially when considering that Holy Week and Easter vacation season for 2017 closed at 88,698 visitors. This was a notable increase over 2016 and 2015, which registered 70,520 and 47,953 visitors, respectively.
As for revenue, projections for Holy Week indicated $47,214,364 USD and a little more than $39 million USD for Easter Week, for a total of $86,221,242 USD. This represents an increase of 15.8% over 2017.
Of note is the fact the majority of available hotel rooms are in the Bahía de Banderas area, which is why the numbers indicated are a good gauge even though the data from Compostela (Rincón de Guayabitos and Chacala) as well as San Blas isn’t in yet in order to generate a final percentage. 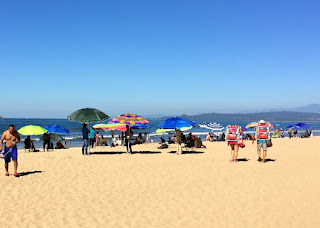 The Facts:
The Riviera Nayarit is an ideal destination for national tourism thanks to its 23 micro-destinations spread out along more than 300 km of beaches, plus its excellent hotel and service infrastructure, not to mention the magnificent natural scenery of Nayarit’s coastline.
The promotional work undertaken by the CVB and the AHMBB has generated excellent results, positioning Mexico’s Pacific Treasure as one of Mexico’s top vacation destinations. 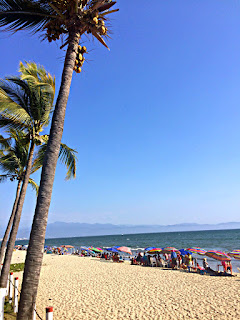 ###
The constant promotion of the Riviera Nayarit that takes place on a national and international level has yielded results, thanks to the joint efforts not only of the Riviera Nayarit Convention and Visitors Bureau (CVB) and the Bahía de Banderas Hotel and Motel Association, but also of the business sector and the community at large, which work to offer a pleasant stay for all our visitors. This is possible thanks to the support of the Government of the State of Nayarit via the Tourism Promotion Trust (Fiprotur).
https://www.rivieranayarit.com/wp-content/uploads/2019/07/logox300.jpg 0 0 1stonthelist https://www.rivieranayarit.com/wp-content/uploads/2019/07/logox300.jpg 1stonthelist2018-04-04 08:46:002018-04-04 08:46:00Riviera Nayarit Ends Holy Week With Record Turnout