The promotions and sales offices of the Riviera Nayarit Convention and Visitors Bureau (CVB) and the Puerto Vallarta Tourism Trust (Fidetur) prominently participated in the 29th International Tourism and Travel Show held in Montreal, Canada, from October 20-22.
Considered the most important tourism event of its kind in this North American country, the SITV (by its acronym in French) brings together every year over 100 exhibitors from several countries, as well as the top wholesale travel agencies in Canada, journalists and a large number of consumers.
The Riviera Nayarit and Puerto Vallarta were part of the Mexico pavilion, where they offered visitors information on their ample variety of tourism, culinary and cultural attractions. Tickets to the event were purchased by 34,200 attendees, which is why it is considered one of the most successful events in recent years. This will undoubtedly have an impact on the arrival of more Canadian tourists to the region for the next Winter Season.
“We continue making strides in the Canadian market, which is one of the most important in North America thanks to its economic strength,” said Marc Murphy, Managing Director of the Bahia de Banderas Hotel and Motel Association and the Riviera Nayarit CVB. “By attending events like these we strive to cultivate the Canadians’ preference for our destination.”
Of note is the fact that of the people who had contact with the Riviera Nayarit CVB a majority showed a preference for Bucerias and Rincon de Guayabitos, two micro-destinations that every year register large numbers of Canadian visitors, many of whom already have their reservations made to enjoy their vacations there. 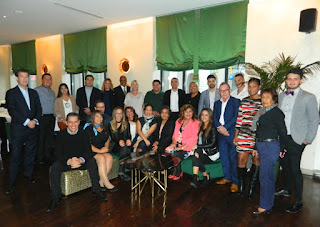 Tour and seminars
The participation of the Riviera Nayarit and Puerto Vallarta in the International Tourism and Travel Show was just the culmination of an intense promotional tour that begin on October 17th in Quebec City in the province of Quebec, where they held a dinner seminar for 50 travel agents with the participation of 17 hotels from both destinations, the four top wholesalers in Canada and representatives from Aeromexico. Both Puerto Vallarta and the Riviera Nayarit are very well known in that province, which is why there are direct and connecting flights already in place for the Winter Season.
The second tour date was October 18th in Montreal, Quebec, with a visit to the facilities owned by wholesaler Air Transat to update and train over 100 sales and reservations executives on the destinations’ products. That same afternoon there was a dinner seminar attended by 70 travel agents and representatives from 19 hotels. 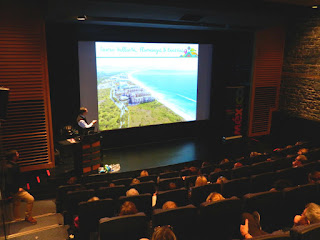 The tour ended with excellent approval on behalf of the attendees for the different activities, which is why the prediction is for a successful winter vacation season.
Of note is the fact that all the events had the support and participation of the Canadian office of the Mexico Tourism Board under its director, Fernanda Rosas Torres.
The facts:
The Canadian market is the second in importance for the Puerto Vallarta-Riviera Nayarit area, after the United States.
Connectivity to Canada to this destination is guaranteed via different airlines including WestJet, AirCanada, AirTransat, Sunwing and Aeromexico.
https://www.rivieranayarit.com/wp-content/uploads/2019/07/logox300.jpg 0 0 1stonthelist https://www.rivieranayarit.com/wp-content/uploads/2019/07/logox300.jpg 1stonthelist2017-10-30 11:46:002017-10-30 11:46:00Riviera Nayarit And Puerto Vallarta At The International Tourism And Travel Show In Montreal

Riviera Nayarit and Funjet are being promoted in Milwaukee

Love Is In The Air In The Riviera Nayarit

Fall for These Packages! Riviera Nayarit Resorts are Offering Specials for Fall and Winter Travel

Hasta la vista, babies! Whale-watching season is over in the Riviera Nayarit
0 replies