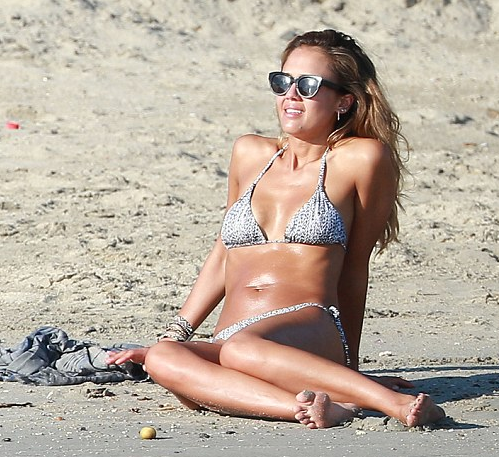 Jessica Alba and her bikinis enjoying the beaches of the Riviera Nayarit are causing a stir on the Internet. The North American actress who was once named the sexiest woman in the world by FHM—and is still one of the most beautiful ladies on stage—spent her holidays in La Cruz de Huanacaxtle.
There are already pictures of Alba enjoying the sun, sand and sea of the Riviera Nayarit circulating on top local and international media. The implicit publicity for the destination continues to increase as even more media joins in the fray.
The 33-year-old celebrity traveled with her husband, Cash Warren, and their two daughters, Honor and Haven.
Papers including Mexico’s El Universal and the UK’s Daily Mail and Express—just to name a few—had already published articles by January 6th, adding thousands of impressions that promote the destination.
Jessica Alba’s visit adds to the already lofty positioning of the Riviera Nayarit as a luxury destination for celebrities, a goal mapped out by the Riviera Nayarit Convention and Visitors Bureau (CVB) that has been gaining ground little by little.
Over 40 celebrities from Mexico and around the world were sighted in Mexico’s Pacific Treasure in 2014 alone, a number that is expected to grow in 2015.
La Cruz de Huanacaxtle is one of the Riviera Nayarit’s microdestinations that has focused on the luxury segment—and it has paid off very handsomely.

Into The Dark: Golf Flamingos Night Golf Tournament The Festival Sayulita Is Back And Better Than Ever!
Scroll to top