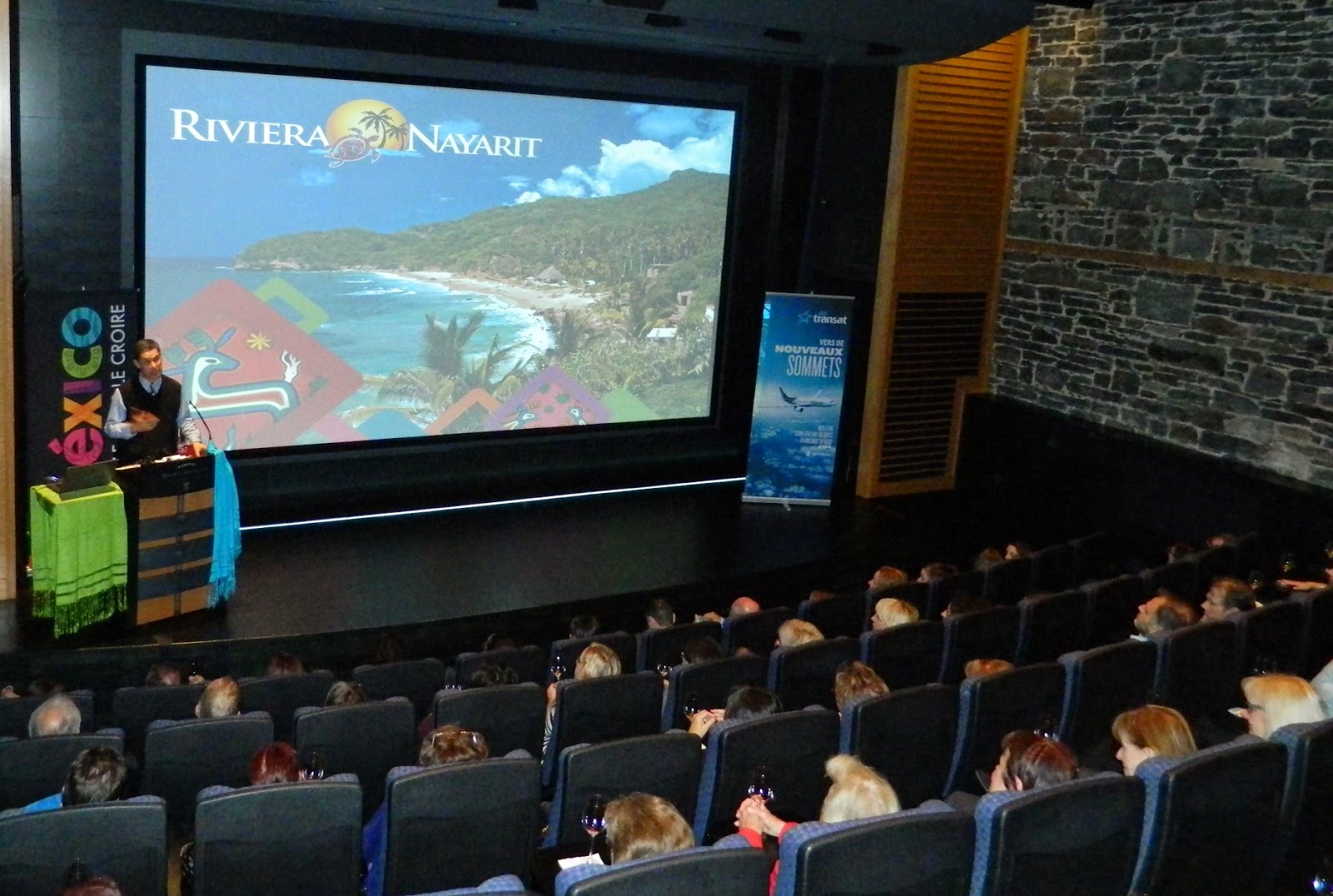 The Vallarta-Nayarit joint campaign spanned the country of Canada with the participation of the Riviera Nayarit and Puerto Vallarta convention and visitors bureaus in Road Shows in Quebec and Vancouver as well as their participation in the SITV Fair in Montreal.
The activities took place towards the end of October; the Road Shows trained over 150 travel agents and their participation in the SITV Fair also increase the brand’s presence during the three days of the event.
Our country’s excellent image in Canada was evident during our participation in the SITV, where we received the Universe Award for the second year in a row according to the surveys filled out by the top tourism businesses during the year regarding consumers’ winter vacation preferences outside of Canada.
The Riviera Nayarit had a prominent participation with 5 booths inside the Mexico Stand; this tourism fair is by far the most important of its kind in Canada, as it’s attended by an average of 38,000 potential clients.
Different travel agencies as well as the top Canadian wholesalers were present at this fair, which year after year includes the participation of companies such as Air Canada Vacations, Sunwing and Air Transat.
WestJet Vacations is one of the wholesalers selling the destinations in Vancouver, and they will be increasing their frequency from six to eight flights per week to the region during high season.
It was also announced that Air Transat is inaugurating a flight from Quebec to the Gustavo Díaz Ordaz International Airport on December 18th. There are indications this will be a weekly flight.
As if these promotional actions weren’t enough to position Puerto Vallarta and the Riviera Nayarit in Canada, as a result of these events the Canadian press also broadcast information on the destinations, strengthening the presence of both brands.
To date, the following has been published:
http://www.paxnewswest.com/article/puerto-vallarta-riviera-nayarit-night-vancouver.