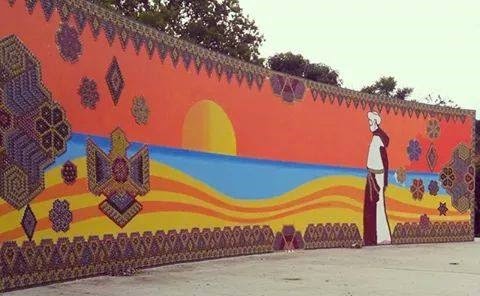 Once again, the community of San Pancho—the Cultural Capital of the Riviera Nayarit—displays its spirit of commitment and organization, this time by celebrating the Patron Saint Feasts for St. Francis of Assisi.
From Friday, September 26 through October 4, 2014, the festivities will be held at the Plaza del Sol and the town will be filled with activities that range from sports to religious, artistic and cultural.
Two stages were set up on the plaza: one for cultural activities and one for musical presentations.
Ramiro González, the cultural activities coordinator for the Patron Saint Feasts and a member of the REP Producciones group, announced the cultural activities would take place every day from 8 p.m. to 10 p.m.
The program is expected to include modern dance presentations, Hawaiian dance, Flamenco dancing by Grupo Tatewari, Abadá Capoeira Nayarit, live music, the children’s circus from Entre Amigos, and the San Pancho children’s ballet among other artistic endeavors from San Francisco, Tepic and nearby locations.
The other stage is prepared for regional Mexican music, which will hold concerts from 10 p.m. to well after midnight. Among the participating bands are Banda Turquesa, Torbellino Musical, Los Cadetes de Linares and La Sonora Dinamita, just to mention a few.
As dictated by tradition, the Friendship Torch was raffled on the first day and the praying of the Novena begins in honor of the Most Holy Saint Francis of Assisi.
One of the aspects that gave proof to the group spirit that manifests in the Cultural Capital of the Riviera Nayarit was the creation of a mural in the Plaza del Sol, which was made in allusion to Saint Francis of Assisi with a touch of Huichol art and created entirely of bottle caps.

“The mural is done—it was an initiative by the community youths and a collaboration between all the townspeople without the intervention of a particular organization,” added Ramiro González, who designed the mural.