It
all happens so fast it’s hard to photograph them! However, just to know they’re
there, that at any moment they can leap into the air or at least show off their
dorsal fin makes whale watchers’ hearts beat faster and their eyes open wider
as they scan the waves. And what a stroke of luck when they finally see a
whale!
Travelers
describe their encounters with these marine giants in Banderas Bay as a
combination of sheer luck and one of the best experiences of their lives. The
whales arrive here every year to mate after a long swim from the Arctic spanning
more than 10,000 kilometers.

The
whale-watching season in the Riviera Nayarit generally starts in early December
and ends in late March. During that time visitors can watch the humpback
whales—the species that arrives here every year—in their natural habitat. 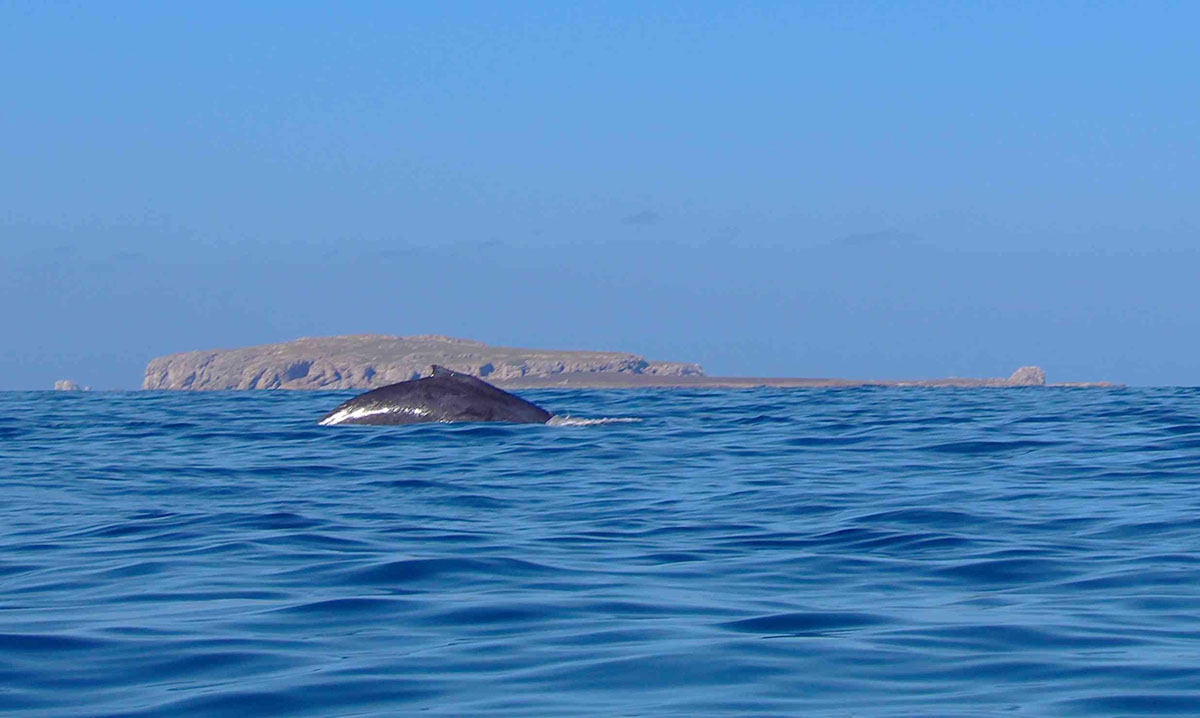 ¡Hasta la vista!
Whale
season reached its official end on Monday, March 23rd, though some might
still be showing up around the first few days of April, according to data from
the Secretariat of Environment and Natural Resources (Semarnat).

Although
this period was relatively peaceful, nonetheless some incidents were recorded,
such as the feared net entanglements, which fortunately were promptly dealt
with by the Mexican Federal Attorney’s Office for Environmental Protection
(Profepa), the agency in charge of the care and preservation of the environment
throughout the country, as well as the inspection and monitoring of compliance
with laws for environmental protection. 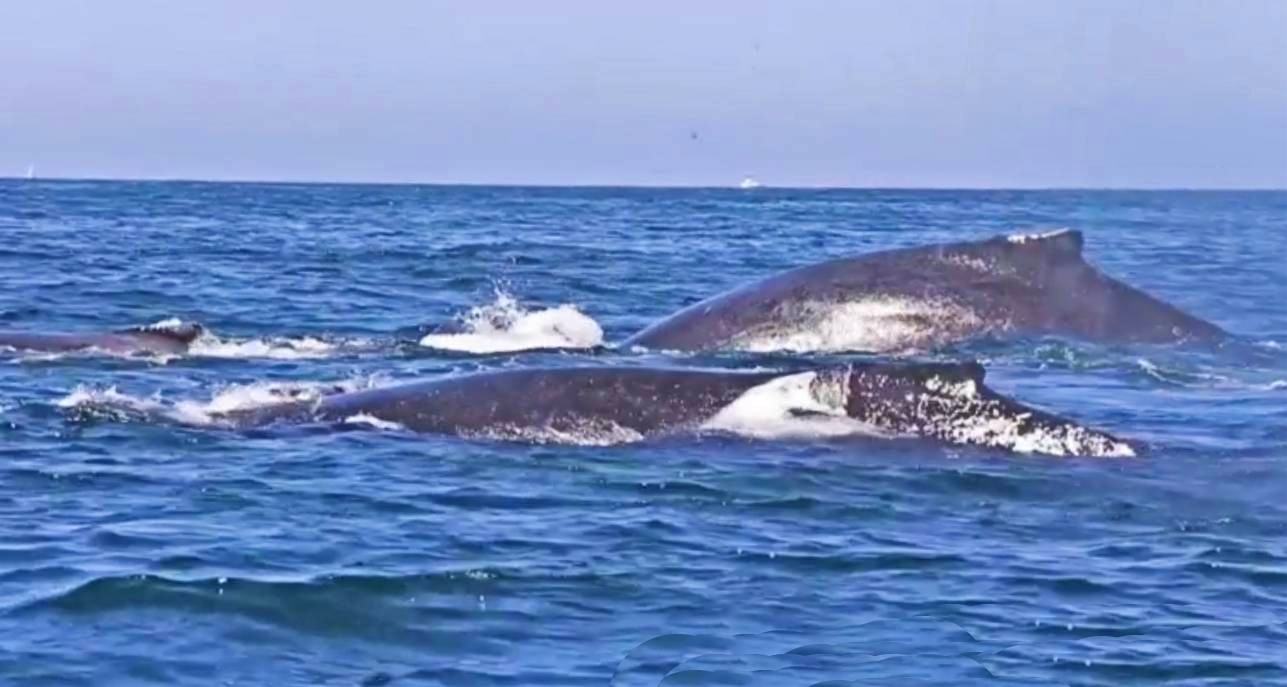 Meanwhile,
the service providers once again proved to be great allies, ensuring this
non-extractive activity, which generates important profits for the destination,
successfully respected the conservation of this marine species and what it
means to offer good service to the tourist.

“We
can say the season was good; during these months we’ve seen many whales, we
believe about 200 of them arrived at Banderas Bay. We’re very happy when the
tourists’ dreams of seeing them come true, some for the first time in their
life, and seeing the joy on their faces is one of our greatest pleasures,” said
our guide during an excursion to the Islas Marietas. 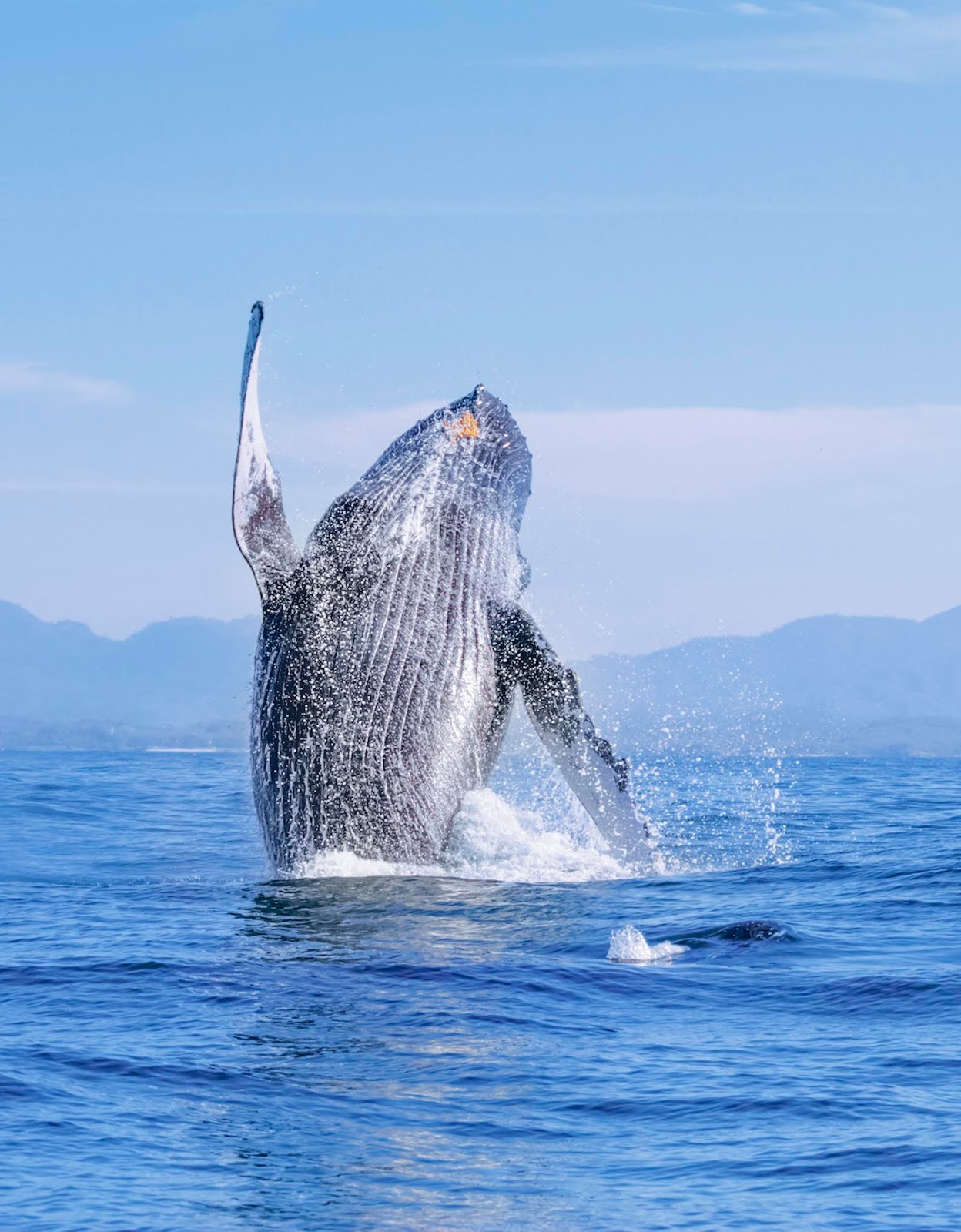 Romance in the bay
Whether
with timid tail slaps or spectacular breaches that show off most of their
bodies out of the water, these cetaceans have their own rituals where the males
“court” the females and mark their territory; it can last hours and even days.
It is a vital part of this species’ reproductive cycle.

The
whales are enormous, which is why they’re called the “giants of the sea.” The
females can measure up to 15 meters in length while the males reach up to 14.5
meters; the calves are approximately 4.5 meters long and weigh half a ton at
birth.

If
your future vacation plans include a visit to the Riviera Nayarit, think about
making your reservation anywhere between December and March: these are the
ideal months not only to see these cetaceans up close and personal, but it’s
also the best time of year to visit this idyllic destination since the weather
is cooler. 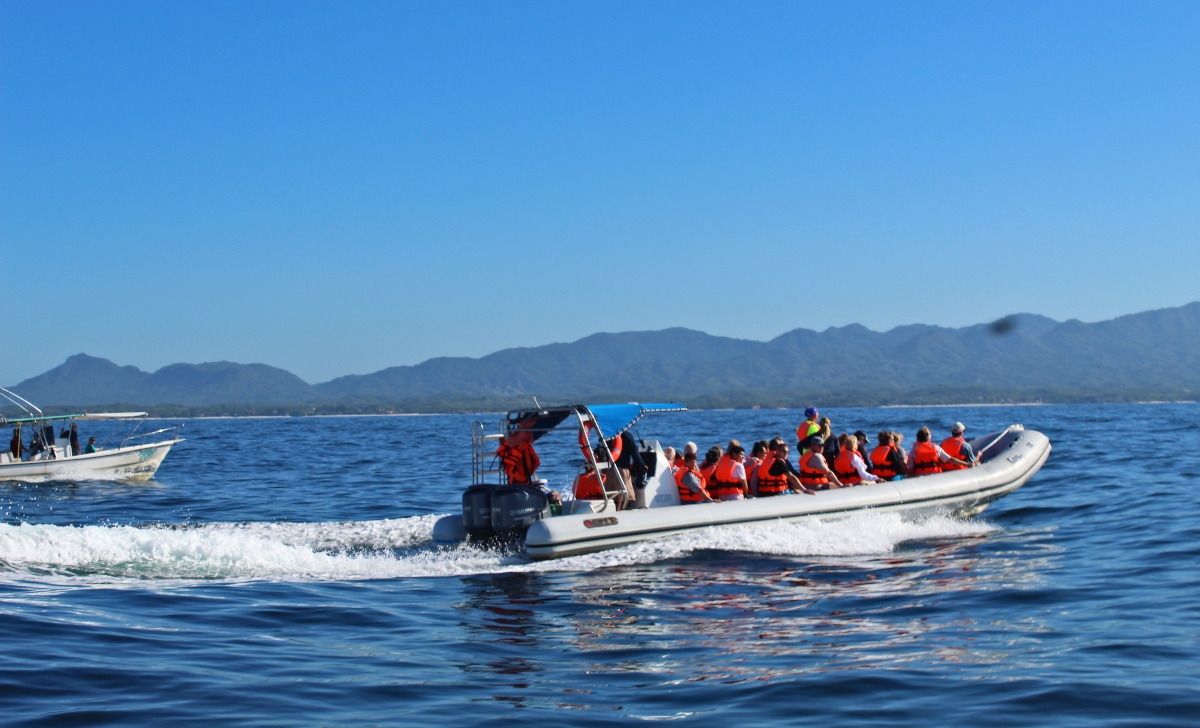 There
are several tour operators that offer whale-watching tours, meaning they’re also
knowledgeable about the life and habits of these marine mammals.

Tours
depart from Nuevo Vallarta, Bucerías, Punta de Mita, Sayulita, and Rincón de
Guayabitos, and all along the coast to San Blas. The event usually takes
between two and four hours and it’s one of the most popular with both locals
and visitors to the region.

We’ll
be here waiting for you next whale-watching season!

#StayHomeWiththeRivieraNayarit
For
more info: www.rivieranayarit.com.mx
###
The Riviera Nayarit Convention and
Visitors Bureau (CVB) and the Bahía de Banderas Hotel and Motel Association
(AHMBB) continue to strengthen the promotion of the destination, helping to position it on the domestic and international maps with the support of the Government
of the State of Nayarit via the Tourism Promotion Trust (Fiprotur).
https://blog.rivieranayarit.com/wp-content/uploads/2020/03/12Bballenas2Briviera_nayarit.jpg 696 1500 Norma Hernández https://www.rivieranayarit.com/wp-content/uploads/2019/07/logox300.jpg Norma Hernández2020-03-28 13:00:002020-06-02 10:42:47Hasta la vista, babies! Whale-watching season is over in the Riviera Nayarit

Riviera Nayarit Tour In California Reaches Over 200 Travel Agents
Enjoy the summer on the Riviera Nayarit’s best beaches
Riviera Nayarit participated in the MLT University
Gwyneth Paltrow Showed Up In The Riviera Nayarit
ROI In Brazil Tripled in 2014
The AHMBB Commend Fernando González And Heriberto Pineda For Their Work
RIVIERA NAYARIT: LIVE IT TO BELIEVE IT! IT’S NOT JUST A SLOGAN, IT’S REALITY
The Riviera Nayarit certifies 34 new security supervisors
0 replies

Which Riviera Nayarit beach are you according to your personality?