Even
though you’re staying at home to play your part in keeping the COVID-19 virus
from propagating it doesn’t mean you need to be bored! Take advantage of the
downtime to get to know a little more about our tourist destination.
Read
on for some interesting facts that you probably didn’t know about Mexico’s
Pacific Treasure—we’re sure you’ll remember them on your next visit!

1 The image of the Playa del Amor
(Love Beach) that gave the Islas Marietas National Park its
worldwide fame—and made it an icon of the Riviera Nayarit—was taken over seven
years ago by Argentinean photographer Nicolás Melani, who lives in Punta de
Mita. Melani conducts tours to the islands, which is why he was able to snap
the shot that has become a focus of the destination’s tourism promotion on a
global scale.

Melani
has been quoted in several different media as saying: “A lot of tourists from
other countries—mostly Europe—arrive here asking for the spot and make
reference to the picture; they consider (the Marietas) to be a unique
landscape. The best part, though, is that it’s in the Riviera Nayarit and it’s
real.” 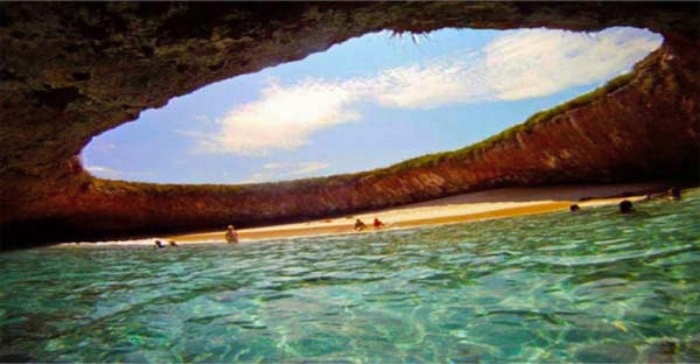 2 The Cerro del Mono (Monkey
Mountain) is one of the many natural marvels found in the
Riviera Nayarit. It’s located north of Banderas Bay near the Higuera Blanca
community. Over the past few months the peak has become a very popular hiking
route for both residents and visitors to this tourist destination, but do you
know the origin of its name?

There
are several theories regarding this topic, all wrapped up in the stories told
by the citizens of Higuera Blanca who’ve been exploring the Cerro del Mono for
years. It’s said the mountain was a “sacred space” for the ancient Huichol
natives who climbed to the top every so often to do their rituals. As part of their
ceremonies they placed several totems with primate shapes in the area. Another
version says long ago there were a lot of monkeys living there ago; in fact,
you can still spot a few of them during your hike.

We
suggest putting the Cerro del Mono on your list of “musts” to explore after the
COVID-19 health emergency has passed, of course. You’ll absolutely fall in love
with the spectacular 360° view from the top! 3 Sayulita, the Magical Town, is known
the world over for its beautiful beaches made for surfing and its bohemian
flair. According to Banderas Bay chronicler Eduardo Gómez Encarnación, its
original name was Santa Cruz Saloc. In his chronicle titled In the
Days of…, Gómez Encarnación makes this reference: “In the Relación de
Compostela, written by Lázaro Blanco in 1584, a village appears on the
coast of the Banderas Valley with the name of Santa Cruz Saloc. It is,
undoubtedly, Sayulita…”

According
to the chronicler, the place still appears with the name of Santa Cruz on a map
of the Coasts of New Galicia in 1798. By then it belonged to the Hacienda
Jaltemba, owned by the Romero Family from Guadalajara. It was don Lauro
González Guerra, originally from Sayula, Jalisco, and administrator at that
time of the Hacienda de Jaltemba, who decided to name this small coastal
village on the lands of the hacienda “Sayulita” as a tribute to the hometown he
loved so much.

Can
you imagine a name like that for Sayulita? No, we can’t either! 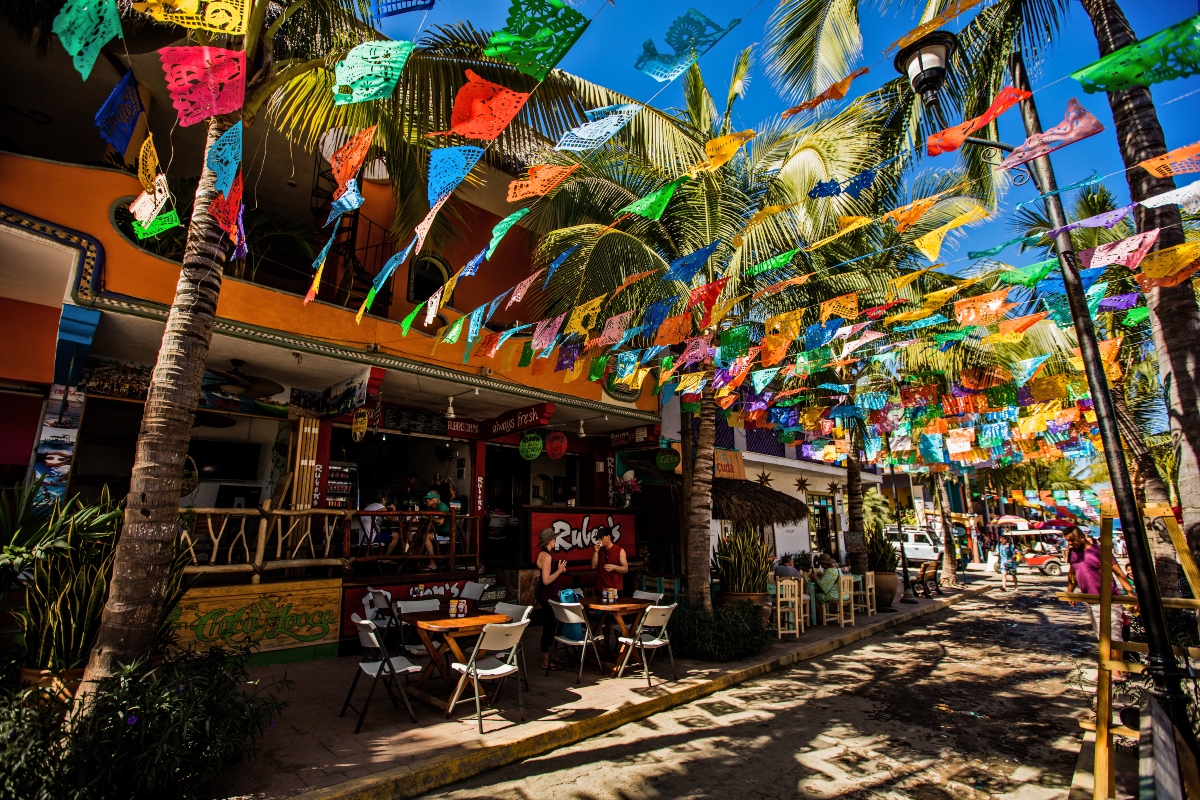 4 The Beach Cleanup Network (BCN) —the
only one of its kind in a tourist destination— has been doing its work since
June of 2014, coordinated by the Riviera Nayarit Convention and Visitors Bureau
(CVB) together with the Banderas Bay Hotel and Motel Association. Several
volunteer groups from different sectors of society participate in the BCN
including NGOs, hotels, private enterprise, authorities, and educational
facilities located in the Riviera Nayarit’s coastal towns from Bucerías to
Punta de Mita all the way to Rincón de Guayabitos and the Isla de Mexcaltitán.

In
2019 alone there were 45 cleanups in beaches, streets, gullies, streams,
riversides, empty lots, medians, etc. plus a cleaning marathon that included
locations around the municipalities of Puerto Vallarta and Banderas Bay.

Would
you like to join one of our cleanups on your next visit to the Riviera Nayarit?
For more information, comments or if you’re interested in learning more about
the project, please write to: jmenendez@rivieranayarit.com 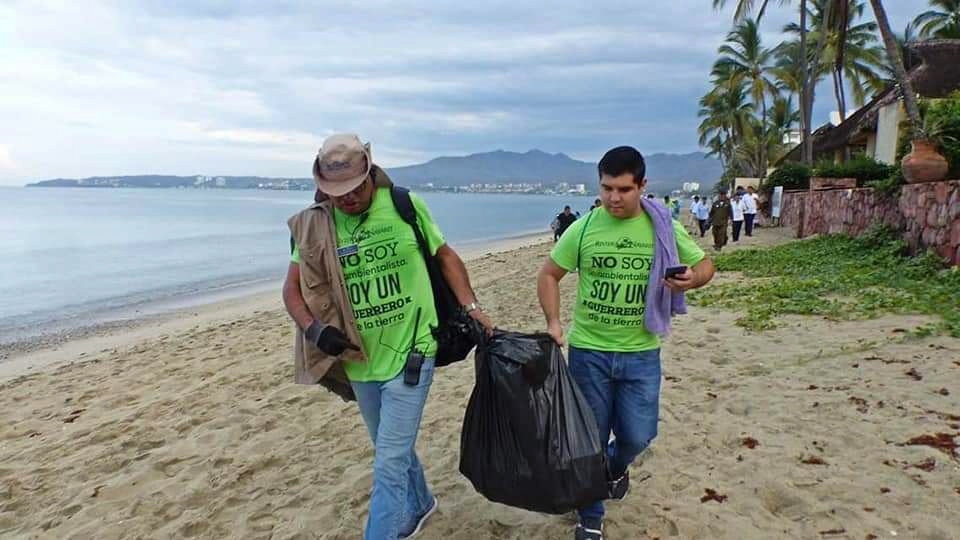 5 La Cruz de Huanacaxtle, one of the
Riviera Nayarit’s coastal towns, has a very odd name. Many think it stemmed
from a religious celebration held on May 3rd, marked by the Catholic
Church as the feast of the Holy Cross (Santa Cruz). And even though the town
has adopted this celebration as its own, the truth is its origin is not very
clear. The best-known reference that its name comes from the cross is right at
the entrance to the town, carved from the trunk of a huanacaxtle tree. Another
legend talks about a peasant who discovered this lovely landscape by the sea on
his way from the Banderas Valley to Punta de Mita and stopped to rest under the
shade of a huanacaxtle tree. He liked the place so much that before he left, he
decided to mark the trunk with a cross. His intention was to return someday,
identify the tree that gave him shade, and set up his home there.

No
one knows if he ever returned, but historical documents signal this typical
fishing village was founded in 1930 by the Chávez and Blancas families. 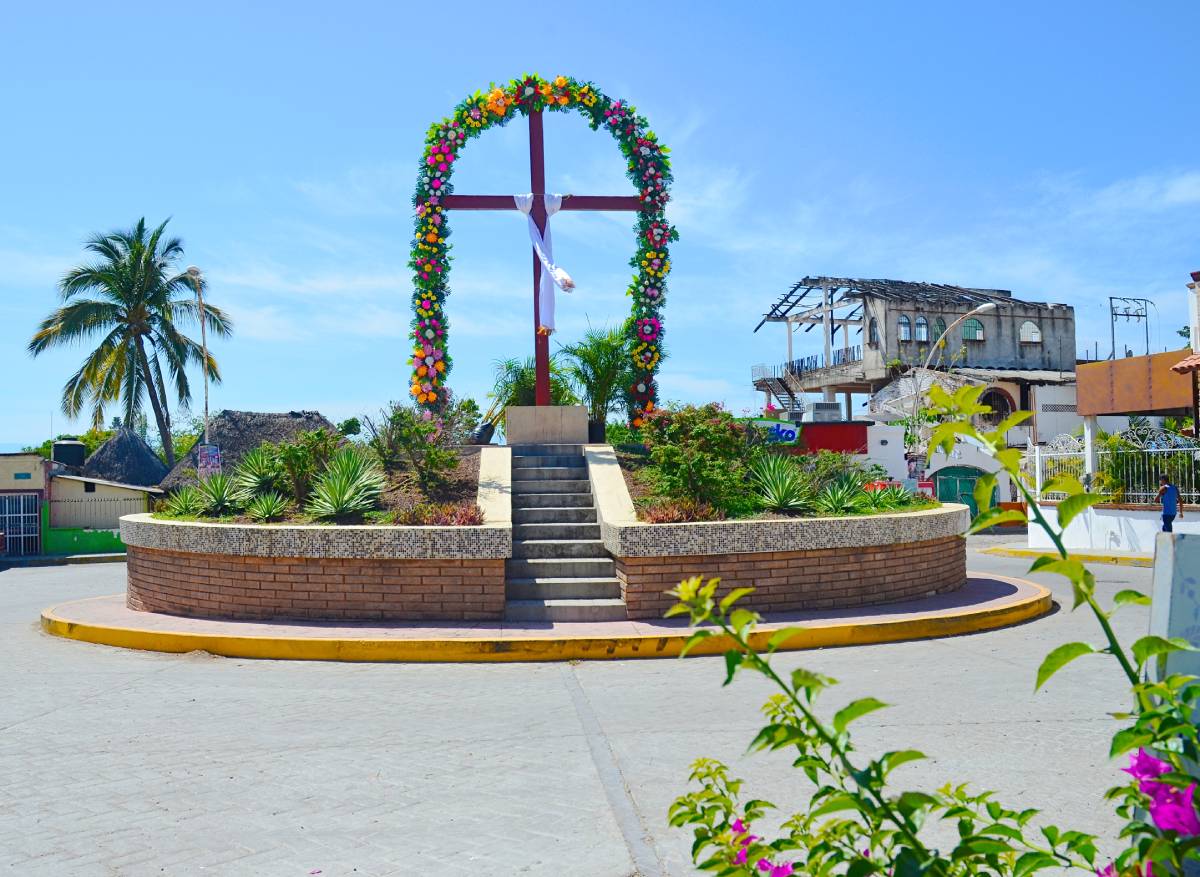 6 The Riviera
Nayarit has many natural attractions that identify it as an eco-tourism
destination—among them the Olive Ridley turtle, the humpback whale, the
bottle-nosed dolphin, and the Playa del Amor, to name but a few. However, one
of its best-kept secrets is a unique and marvelous species that sleeps at the
bottom of the sea and surprises tourists who sail around the Bay with its
flight: The Manta birostris, also known as the giant manta. Data from
specialized biologists indicate this unique creature can reach a size of up to
8.4 meters from one tip to the other of its side-fins, weighs approximately
1,400 kg, and can live more than 40 years. Contrary to what many people think,
this species does not have a venomous stinger on its tail, so it is completely
safe to swim alongside it.

Jot
down a tour of Banderas Bay on your wish list—you might just see one of these enigmatic
specimens! 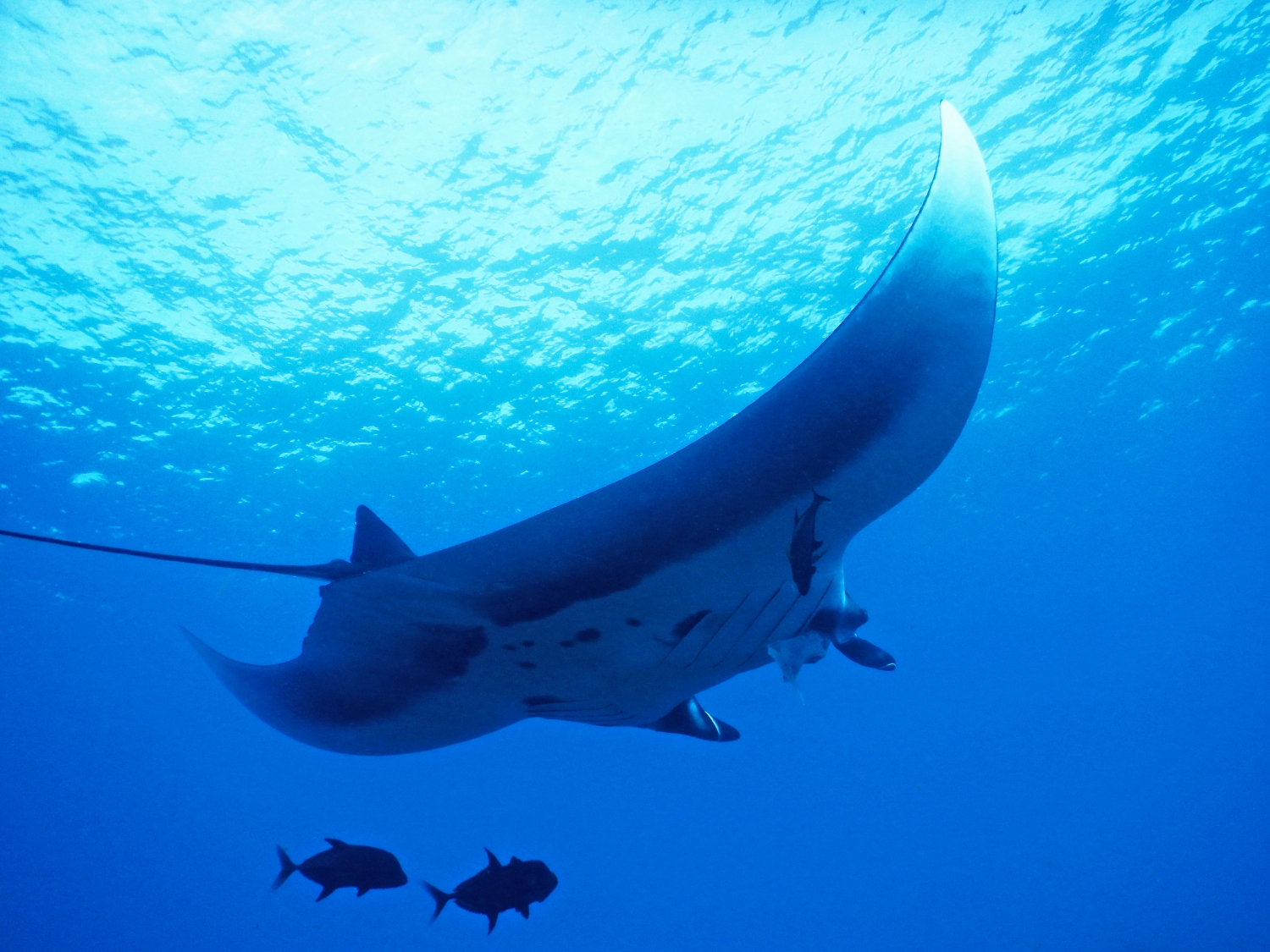 7 Six
of the micro-destinations in the Riviera Nayarit—Nuevo Vallarta, Flamingos,
Bucerías, La Cruz de Huanacaxtle, Destiladeras, and Punta de Mita—are located
around Banderas Bay, considered Mexico’s largest natural bay at 42 km across. It’s
also the largest in North America (Canada’s Hudson Bay is in first place), the
seventh-largest in the world, and one of the deepest bays in the world, with
more than 500 meters in depth.

Banderas
Bay is located between the states of Jalisco and Nayarit. On the far southern
end (Jalisco) lies Cabo Corrientes, in the north (Nayarit) is Punta de Mita,
and near the center lies the mouth of the Ameca River, a natural division
between the states. It should be noted that the city of Puerto Vallarta also
shares this beautiful bay.

Now
that you know a little more about the Riviera Nayarit, we have no doubt it will
be on your mind when you start planning your next vacation. 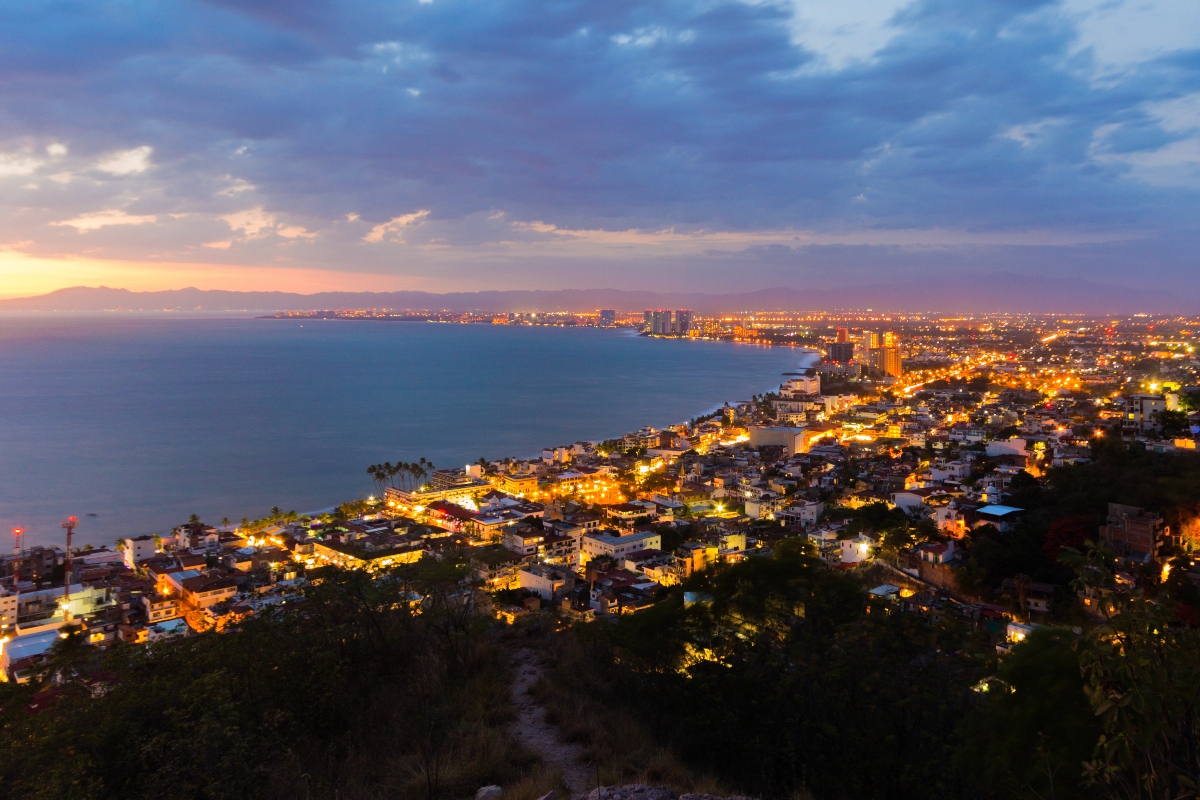 During
this public health emergency:
#StayHomeWithRivieraNayarit
Visit
our website: https://www.rivieranayarit.com.mx/
###
The Riviera Nayarit Convention and
Visitors Bureau (CVB) and the Bahía de Banderas Hotel and Motel Association
(AHMBB) continue to promote the destination, helping to position it on the domestic and international maps with the support of the Government
of the State of Nayarit via the Tourism Promotion Trust (Fiprotur).
https://blog.rivieranayarit.com/wp-content/uploads/2020/03/riviera_nayarit_datos.jpg 720 1600 Norma Hernández https://www.rivieranayarit.com/wp-content/uploads/2019/07/logox300.jpg Norma Hernández2020-03-31 13:30:002020-06-02 10:42:477 Interesting facts you probably didn’t know about the Riviera Nayarit

Vallarta-Nayarit Prepares To Take The English Market By Storm

South Korean TV And Radio Will Promote The Riviera Nayarit

Riviera Nayarit And Puerto Vallarta Diversify Their Market In Colombia

Nuevo Vallarta’s Bike Path: A Must In The Riviera Nayarit
0 replies

Hasta la vista, babies! Whale-watching season is over in the Riviera Nayari...