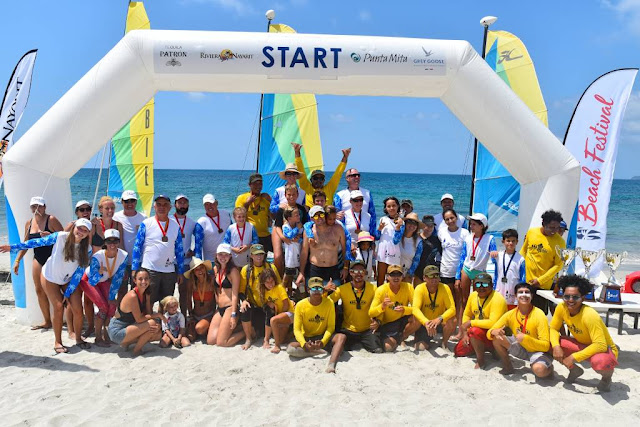 It was a weekend filled with sun, surf, gourmet treats, and all the glamour Punta Mita had to offer. The 7th Punta Mita Beach Festival went beyond the typical beach festival with its unique mix of luxury, sports, excellent gastronomy, and jaw-dropping scenery that can only be found in the Riviera Nayarit.
Once again, this festival showcased the beauty of the Glamour Peninsula, sponsored by luxury partners including the Riviera Nayarit and Nayarit Enamora. 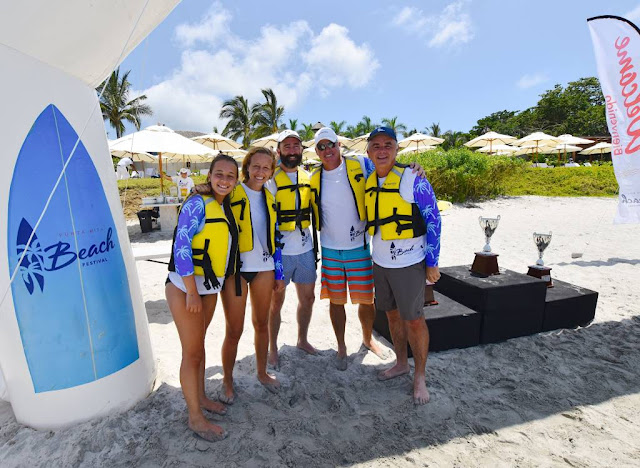 The Punta Mita Beach Festival activities took place in and around the Kupuri Beach Club. The fun began on Saturday, August 3rd, with a yoga class led by coach Kristen Addicks, followed by stand up paddle and surfing lessons held by experts Jessica Cichra and Verónica Nava.
The event continued throughout the morning hours with fun activities for the entire family, including the 1K Fun SUP Race, the Starship Racing Championship, and the Hobie Challenge. 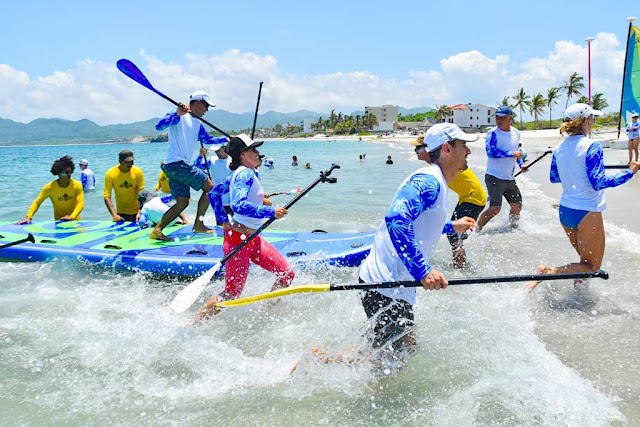 Pato Pérsico, Punta Mita’s executive chef, prepared a culinary demo with his team. They set up a gourmet grill and served a delicious array of fresh salads, aguachiles (seafood cooked in lime juice and spices), and ceviches. The Riviera Nayarit also offered innovative cocktails specially prepared by mixologist Marco Juárez.
The fun went on through Sunday the 4th, with families enjoying Kupuri’s charm and luxury. All winners received their medals and trophies once the activities and the surfing, stand up paddle, yoga, and sailing ended. 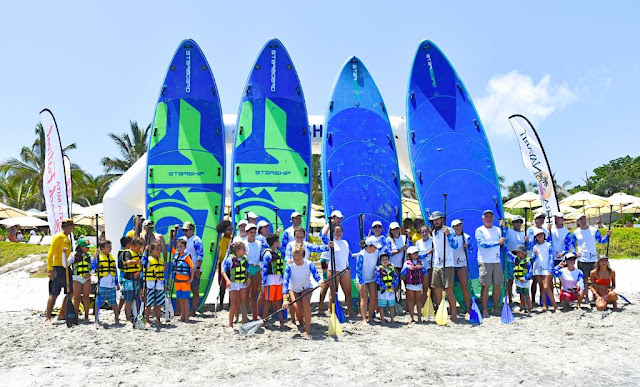 “The Punta Mita Beach Festival was once again a complete success,” said Carl Emberson, director of Punta Mita. “It was all about spending time on the beach, culinary experiences, and athletic competitions held on our beautiful shoreline with the participation of world-class brands in one of Mexico’s most exclusive and idyllic locations.”
The ever-present celebrities
Celebrities attending the 2019 Punta Mita Beach Festival included Mexican actress Geraldine Bazán, who looked spectacular in a yellow bikini. She enjoyed her time with her two daughters, forming a team and participating in nearly all the wellness and athletic activities. 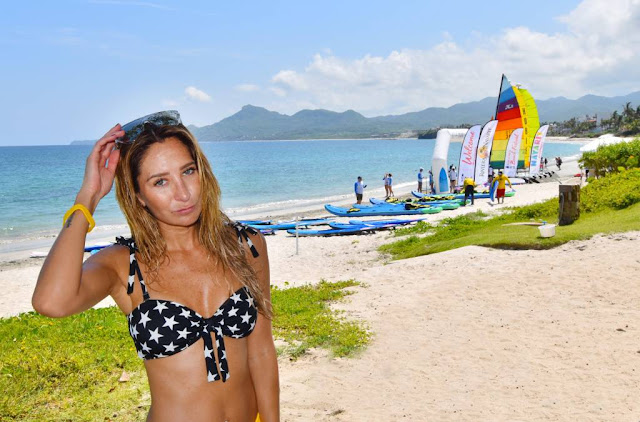 Also present were influencers Diana Millos, from Spain, and Layla Nia, from California, as well as journalists Kathryn Romeyn, editor for the Hollywood Reporter; Alejandra Chávez, editor for Revista Central; and Yazmín Rivera from El Heraldo de México, among other well-known public figures.
###
The continual promotion of the Riviera Nayarit both on a national and international level has yielded excellent results, thanks to the efforts of the Riviera Nayarit Convention and Visitors Bureau (CVB) and the Bahía de Banderas Hotel and Motel Association to offer all visitors an enjoyable stay. The aforementioned is possible due to the support of the Government of the State of Nayarit via the Tourism Promotion Trust (Fiprotur).
https://www.rivieranayarit.com/wp-content/uploads/2019/07/logox300.jpg 0 0 1stonthelist https://www.rivieranayarit.com/wp-content/uploads/2019/07/logox300.jpg 1stonthelist2019-08-08 08:41:002019-08-08 08:41:00Surfing, yoga, and gourmet treats at the 7th Punta Mita Beach Festival 2019