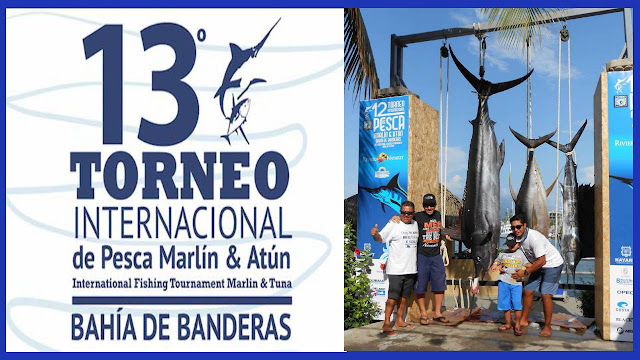 The thirteenth edition of the Bahía de Banderas International Marlin and Tuna Fishing Tournament will take place from July 18-20, 2019, at the Paradise Village hotel marina in the Riviera Nayarit. The prize purse exceeds 400 thousand pesos.
The competition promises to generate much excitement among sport fishing enthusiasts from Mexico and abroad, convened by the Bahía de Banderas Sport Fishing Club. Eulogio López Rodríguez, head of the club, said this is one of the most exciting fishing tournaments because of the sheer size of the possible catches.
For example, there’s a marlin catch on record that exceeds 300 kilos (661 pounds). This catch places the Riviera Nayarit on par with the top sportfishing destinations in the world, along with its maritime infrastructure, the safety conditions offered by Banderas Bay, and the vast schools of fish available year-round.
Categories and prizes
The organizers have decided on four categories for the competition, including top awards for Marlin (150,000 MXN) and Tuna (80,000 MXN), plus Sailfish (50,000 MXN) and Mahi-Mahi (40,000 MXN). 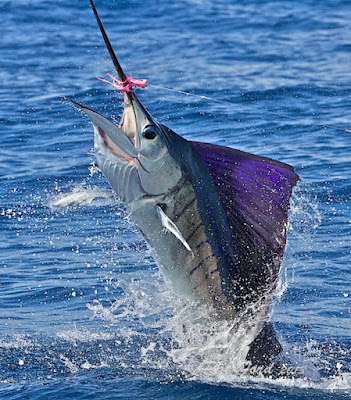 The competition will offer prizes for both “catch and release” (Riviera Nayarit Prize) and a “fish in one” for the first marlin, tuna, and sailfish on record for the tournament (25,000 MXN for each). There is also an award for best crew (Zaragoza Marine Prize / 6,000 MXN in gift certificates).
The tournament will be made up of teams, each one with up to four fishermen. Enrollment cost this year is 16 thousand pesos per boat.
The Program
The Tournament begins on Thursday, July 18, with registration beginning at 5 p.m. through 9 p.m. at the Paradise Village Yacht Club.
The flag ceremony will be at 7 a.m. on Friday the 19th, followed an inauguration to kick off the competition. The second day of fishing begins at midnight on Saturday, July 20, departing from the Paradise Village Marina. 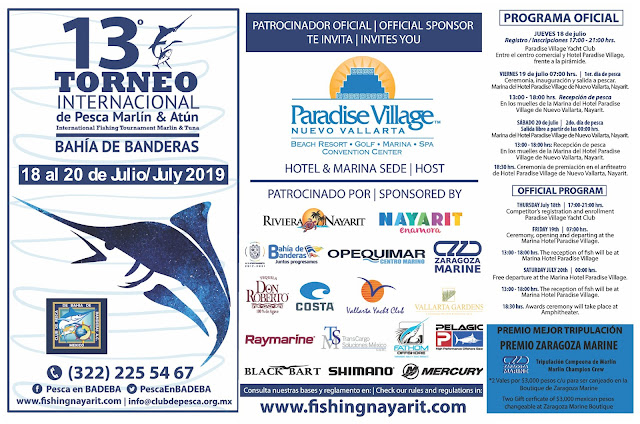 The catches will be received every day at the Paradise Village Marina pier from 1 p.m. to 6 p.m. The awards ceremony begins at 6:30 p.m. at the hotel’s amphitheater.
MORE INFO:
The tournament’s official record still stands: 322.2 kilograms (710.3 pounds) for a marlin captured during the first tournament by Andrés Famanía and Alejandro Herrera.
For more information, please call (322) 225 5467 or write: info@clubdepesca.org.mx
For details about registration, rules, and prizes visit www.fishingnayarit.com
####
The Bahía de Banderas Hotel and Motel Association (AHMBB) and the Riviera Nayarit Convention and Visitors Bureau (CVB) contribute to the tourist promotion of this destination through the realization of events with the support of the Government of the State of Nayarit via its Tourism Promotional Trust (Fiprotur).
https://www.rivieranayarit.com/wp-content/uploads/2019/07/logox300.jpg 0 0 1stonthelist https://www.rivieranayarit.com/wp-content/uploads/2019/07/logox300.jpg 1stonthelist2019-07-19 05:00:002019-07-19 05:00:0013th Bahía de Banderas Marlin and Tuna Fishing Tournament 2019

Riviera Nayarit And Mexico Are A Hot Topic In Canada

Riviera Nayarit is among the favorite destinations for family vacations