The Riviera Nayarit once again set the pace during its participation in the 44thTianguis Turístico México 2019 that took place in the port of Acapulco, where the destination showcased its charm, luxury, and nature, drawing more than 1,300 buyers.
The committee comprised of the Nayarit Ministry of Tourism, the Bahía de Banderas Hotel and Motel Association (AHMBB), and the Riviera Nayarit Convention and Visitors Bureau (CVB) did not flag in their intent of exhibiting the best of the State. In fact, Nayarit had one of the most-visited pavilions at the Mundo Imperial convention center.
The significant participation of Mexico’s Pacific Treasure offered the opportunity to bring the destination’s tourism products closer to potential buyers, highlighting its gastronomy, luxurious resorts, the magic of its natural environment, and its unparalleled culture, embodied in the Wixárica ethnic group.
Nayarit Enamora (Nayarit Will Win Your Heart)
Along with the aforementioned entities, the Nayarit Enamora pavilion was also hosted by the Compostela Municipal Hotel Association, the Tepic Hotel and Motel Association, and the South Nayarit Hotel Association, represented by hotel owners and tour operators who attended several business meetings. 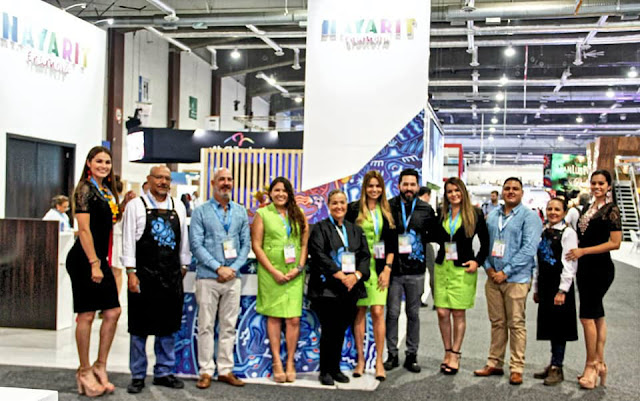 Seven hotels and resorts were present as part of the group: B Nayar, Decameron, Matlali, Paradise Village, Vallarta Gardens, Villagroup (Villa del Palmar Flamingos and Villa La Estancia) and the new Conrad Hilton, which will open in 2020. Each hotel held an average of eight work meetings per day with different businesses including travel agents and wholesalers, for an approximate total of 168.
The Riviera Nayarit CVB completed an extensive schedule of face-to-face business meetings with representatives of wholesale agencies, online travel agencies, tour operators, and airlines such as Classic Vacations, Island Destinations, Apple Leisure Group, BestDay, Expedia, Virtuoso, Delta, American Airlines, Aeroméxico, and Sunwing, among others. 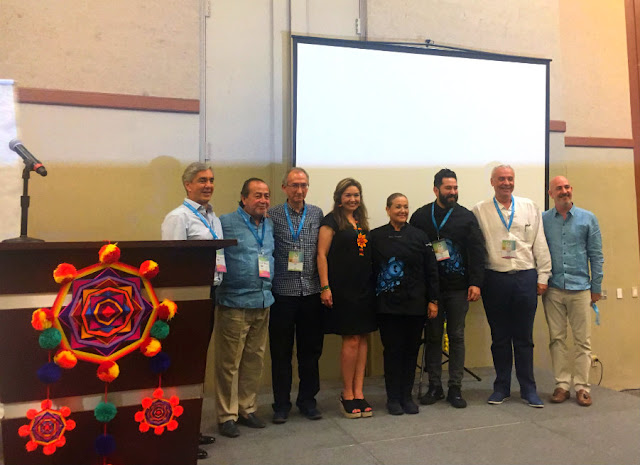 Of note is the success of Café Luna, the mixology of Israel Díaz, and chef Betty Vázquez’ culinary delights within the Riviera Nayarit pavilion, not to mention artisan Rogelio Benítez, all a fundamental part of the impact Nayarit has in every Tianguis Turístico. Another highlight: the presence of Yukaima González, Queen of the Tepic Fair 2019, and the first indigenous woman to win a beauty contest.
Coverage in national and international media
The Riviera Nayarit enjoyed extensive media coverage in national and international media both before and during the event. There were 19 interviews with media specializing in tourism—17 national and two from South America—, all thanks to the work of the Public Relations and Communications team. 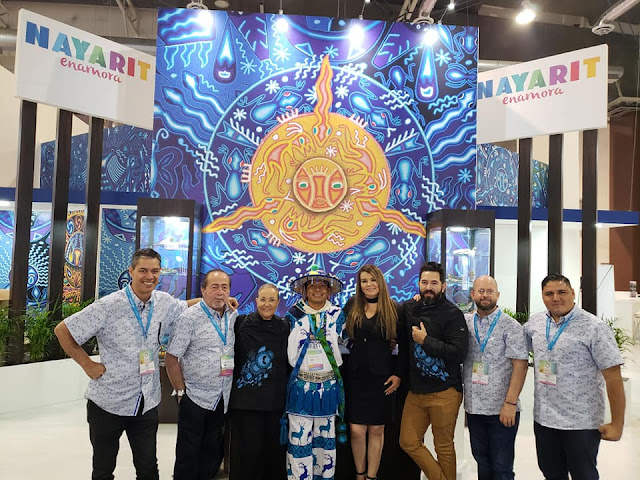 The destination also had the opportunity to be in close contact with 29 international journalists invited by the state of Guerrero, who sampled Nayarit’s delicious cuisine during a lunch presentation held at Eduardo Palazuelos’ restaurant, Zibu. The chef presented a menu with chef Betty Vázquez paired with cocktails created by mixologist Israel Díaz.
Last but not least, the national media were also pampered by the Riviera Nayarit. 120 journalists were invited by the federal Ministry of Tourism to sample a menu from Nayarit during a meeting with the Secretary of Tourism for the State of Nayarit, Ana Cecilia Llanos Guzmán. 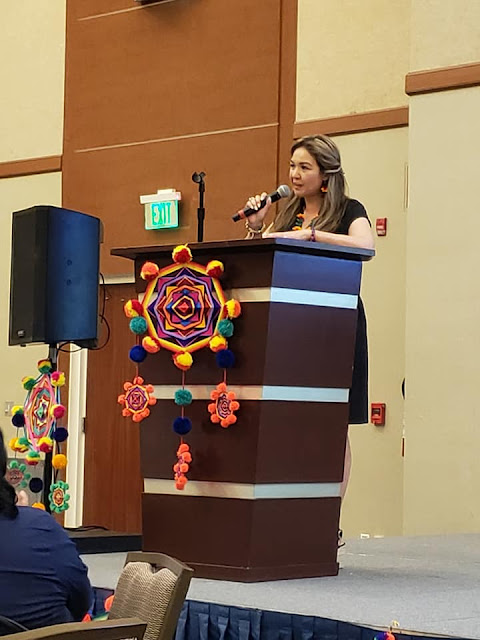 ###
The inclusion of the Riviera Nayarit in the list of Condé Nast Traveler nominees is a result of the Promotion and Public Relations work spearheaded by the Riviera Nayarit Convention and Visitors Bureau (CVB), which shares the entire destination’s tourist attractions in important international showcases with the backing of the Government of the State of Nayarit via the Zona Bahía de Banderas Tourism Promotion Trust (Fiprotur)
https://www.rivieranayarit.com/wp-content/uploads/2019/07/logox300.jpg 0 0 1stonthelist https://www.rivieranayarit.com/wp-content/uploads/2019/07/logox300.jpg 1stonthelist2019-04-23 14:16:002019-04-23 14:16:00The Riviera Nayarit took the spotlight in the 2019 Tianguis Turístico