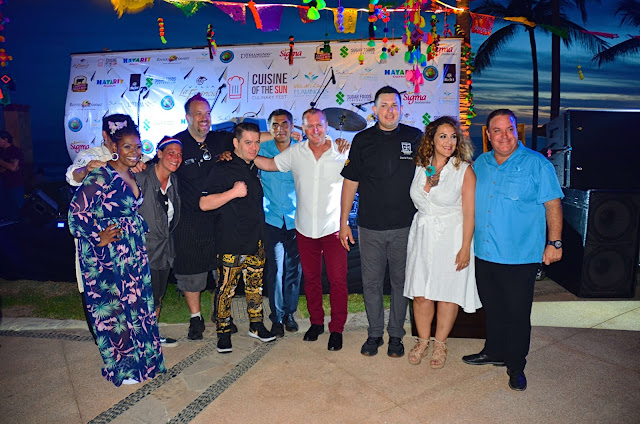 This is its fourth year and the Cuisine of the Sun Culinary Festival 2019 is better than ever. This year, top celebrities from the culinary world are joining forces at Villagroup Resorts’ Villa La Estancia-Flamingos Riviera Nayarit from April 23rd to 27th to share their recipes and gourmet style.
Penny Davidi, chef for the Food Network and culinary specialist for USFoods, has gathered together some of the top names in the food and beverage industry including chef Michelle Ragussis, known for her appearance as a finalist in the Food Network Star series; Jamika Pessoa, business expert and certified nutrition and wellness consultant; chef Plum, famous for numerous appearances on Food Network; Katsuji Tanabe, star chef on Top Chef Boston and Top Chef Mexico; and David Fuerte, CEO and co-Founder for Made for Chefs, Artisan Street Kitchen Catering, and Artisan Chef’s Creations. Villa La Estancia’s chef, Candelario León, is also participating. 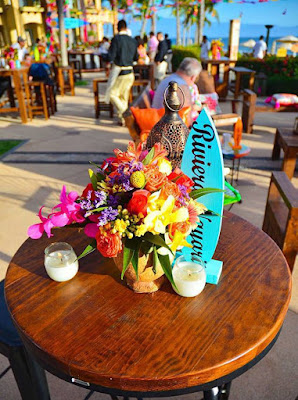 The organizers have created an extraordinary program full of new surprises including exquisite meals, fabulous contests, wine tastings, and the finest culinary experiences for all participants.
Sayulita Style
The festival extended to Bucerías for the second year in a row with a social event prior to the inauguration. The event was held on April 22nd at the Sukha Beach Club where the attendees enjoyed a beautiful sunset on Banderas Bay and delicious seafood dishes.
The party continued on Tuesday the 23rd at the Villa La Estancia Riviera Nayarit hotel, where the chefs shared a taste of their culinary proposals with the more than 150 guests who enjoyed the extraordinary Sayulita Style ambiance created right on the beach with all of this coastal villages surfing paraphernalia and boho chic vibe.
Alan Pujol, Villagroup’s Operations Manager for Puerto Vallarta-Riviera Nayarit, handled the inauguration and welcomed the attendees, thanking the celebrity chefs for putting all eyes not only on the Villagroup properties but on the destination as well.
The culinary activities continued on Wednesday, April 24th with cooking classes and talk shows with the chefs, plus the traditional Chopped Challenge. That evening ended with a star-studded Four Course Dinner with Celebrity Chefs. The program will be similar on Friday, April 26th with a final dinner and grand party on the beach, a fashion show, and plenty of rock and roll. The event will come to a close on Saturday the 27th with an international brunch.
Thus, the Bahía de Banderas Hotel and Motel Association (AHMBB) and the Riviera Nayarit Hotel and Motel Association continue to boost the region together, reinforcing its promotion, and helping position Mexico’s Pacific Treasure on the international culinary map, with the support of the Government of the State of Nayarit via the Tourism Promotion Trust (Fiprotur).
For more information on the Cuisine of the Sun:
http://cuisineofthesun.villagroupresorts.com/es/ 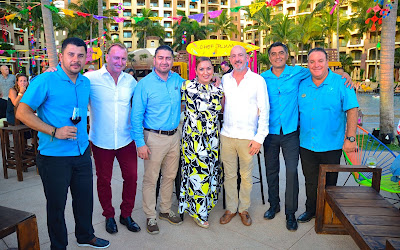 Another year of Nautical Extravaganza begins in Riviera Nayarit