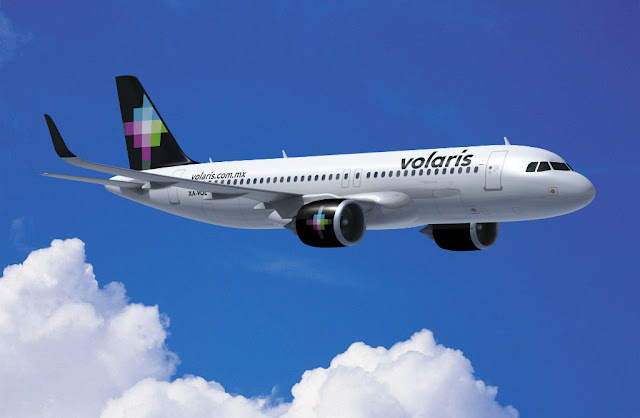 Volaris announced its new Phoenix-Puerto Vallarta/Riviera Nayarit (PHX-PVR) route starting on June 16th of this year, expanding the connectivity between that region and the Mexican Pacific.
The new flight, which began ticketing on Friday, February 8th, will allow clients to travel to and enjoy one of Mexico’s premier tourist destinations and relax on its beautiful beaches.
“The route between Phoenix and Puerto Vallarta allows Volaris to consolidate its presence in the international market, expanding its destination portfolio and positioning itself as the Mexican airline with the most flights from one of Mexico’s most important destinations,” said airline executives.
The flight will be permanent with two frequencies per week on Fridays and Sundays. It will leave Puerto Vallarta at 11:08 a.m. arriving in Phoenix, Arizona, at 11:56 p.m. On its return flight it will depart Phoenix at 1:16 p.m., arriving back in Puerto Vallarta at 5:56 p.m.
The airline expectations are high for the flight as this is a very important market not only of travelers of Mexican descent, but also of North Americans who reside in Phoenix and the surrounding areas and like to vacation in Mexico.
The flight to Phoenix is one of several recent new flight announcements to the US and Canada, including the Sun Country flight from Las Vegas and the Swoop flight that began two connections earlier this year from Hamilton and Abbotsford, Canada.
The Riviera Nayarit Convention and Visitors Bureau is very happy with this decision and wishes Volaris much success in the operation of its new route.
MORE INFO:
The Southwest region of the United States includes the states of Arizona and New Mexico, as well as the western portion of Texas; southern Nevada, Utah and Colorado; western Oklahoma; and southern California and has positioned itself as an important market of origin for tourists to the Puerto Vallarta-Riviera Nayarit region, especially among travelers of Mexican descent who live in that area of the Union.
###
The Riviera Nayarit Convention and Visitors Bureau (CVB) and the Bahía de Banderas Hotel and Motel Association (AHMBB) continue to strengthen the promotion of the destination, helping position it on the national and international stage with the support of the Government of the State of Nayarit via the Tourism Promotion Trust (Fiprotur).
https://www.rivieranayarit.com/wp-content/uploads/2019/07/logox300.jpg 0 0 1stonthelist https://www.rivieranayarit.com/wp-content/uploads/2019/07/logox300.jpg 1stonthelist2019-02-15 09:39:002019-02-15 09:39:00Volaris to connect PVR-Riviera Nayarit with the American Southwest

Puerto Vallarta-Riviera Nayarit: Together and better than ever at Gala 2019 Sayulita, the bohemian surfers paradise in the Riviera Nayarit
Scroll to top