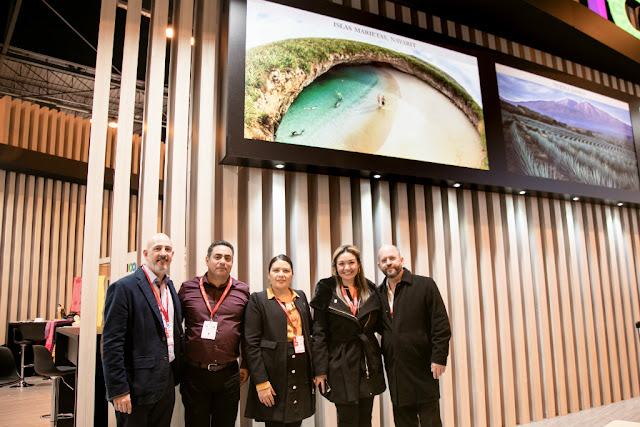 The goal of projecting the Riviera Nayarit as a leading luxury market destination in Mexico came to fruition during the 39th Feria Internacional del Turismo (FITUR)—that took place in Madrid, Spain, from January 23-27 and is considered one of the most important tourism fairs in the world.
The Riviera Nayarit and the Bahía de Banderas Hotel and Motel Association together with the Puerto Vallarta Tourism Trust were part of the Mexico pavilion. They once again participated in this important fair to maintain a presence in Europe, which is the third international market of origin to this destination.
Interest from businesses and consumers was soon evident and the Riviera Nayarit Convention and Visitors Bureau (CVB) had meetings for three days straight with top commercial partners and potential wholesalers; among these, Sandra Eldjouzi, who handles the Riviera Nayarit/Puerto Vallarta account at TUI UK tour operator. Included in the topics was a strategy to continue strengthening the marketing in Manchester and the UK, as well as new challenges as they appear.
The meeting with Eldjouzi was very important, especially after TUI announced last November it will add a second frequency on the Manchester-Puerto Vallarta/Riviera Nayarit route, set to begin in winter 2019-2020. 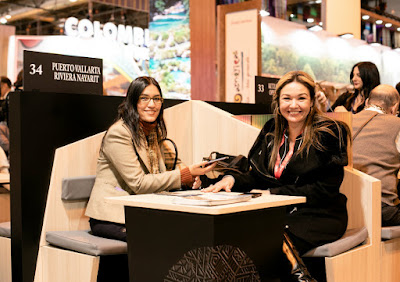 Another notable meeting to review the Riviera Nayarit product was held with the product manager for wholesale producer TRAVCO, headquartered in the United Kingdom. TRAVCO has nine offices established in the UK, as well as six in countries such as Spain, Germany, Italy, Canada, Argentina, and the United States.
The South American market was also at the meetings, with whom the team was able to update strategies with top Colombian travel wholesaler Éxito and Euroandino, an important wholesaler from Chile. 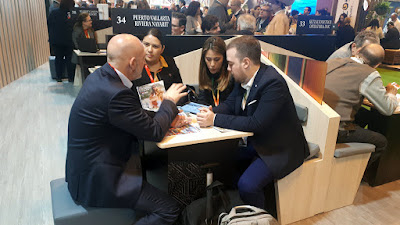 There were 21 business meetings held during the first three days with an additional two days of presence at the fair mingling with the general public. This brought to a close the intense participation of the Riviera Nayarit in FITUR 2019, which this year reported a record 253,000 attendees—an increase of 0.7% over last year with 1.8% more professionals (142,642) in its first three days. 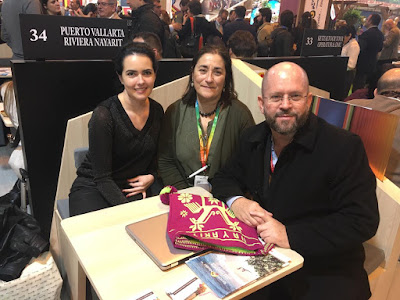 Don’t miss these February festivities and events in the Riviera Nayarit! Tech by the sea at the 2019 MITA TechTalks
Scroll to top