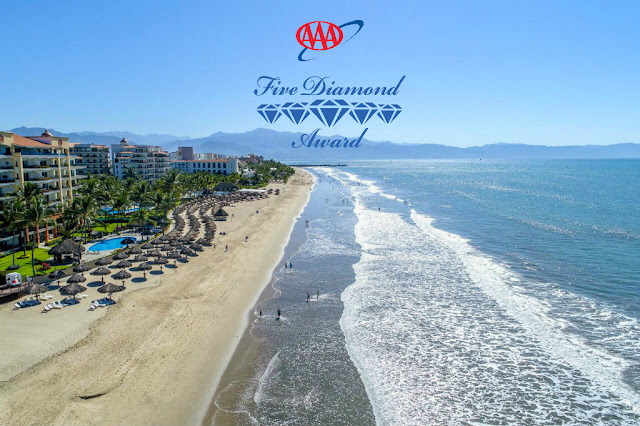 Since its founding in 2007 the Riviera Nayarit has garnered a great many recognitions and awards thanks to its hospitality infrastructure and high-quality service. Among the most prestigious are those awarded by the American Automobile Association (AAA), the highest distinction given to hotels and restaurants on a global scale.
This year, the AAA has bestowed 4 and 5 Diamond awards on 14 hotels in Nuevo Vallarta, Punta Mita, and La Cruz de Huanacaxtle, as well as 4 and 5 Diamonds to seven restaurants in Nuevo Vallarta and Punta de Mita, recognizing not only the quality of its hotel infrastructure but also that of its gastronomy.
Though at the beginning the Four Seasons Resort Punta Mita was the only 5-Diamond property in the destination, today there are others within that category, including The St. Regis Punta Mita Resort, the Grand Velas Riviera Nayarit, and the Grand Luxxe Nuevo Vallarta.
Of note is the fact the Riviera Nayarit occupies second place in Mexico as to number of 5 Diamond hotels, with a total of four.
“We’ve placed the luxury segment at the top of the list in our tourism marketing—it’s one of the biggest attractions for visitors that have a higher average expenditure and a focus on low-impact travel,”explained Marc Murphy, managing director of the Bahía de Banderas Hotel and Motel Association (AHMBB) and the Riviera Nayarit Convention and Visitors Bureau (CVB). This allows us to keep the environmental protection policies we’ve established in place while still bringing in important revenue.”
He added the Riviera Nayarit has generated interest among a select group of tourists from around the world seeking ultra-luxury resorts, exceptional gourmet experiences, and unparalleled service; this segment is an estimated 3% of the total of travelers worldwide.
There has also been a spike in the offer of services designed to satisfy the most demanding consumer who is ready to pay for unforgettable experiences, and new marketing strategies are now highlighting the elements that separate the destination from the others.
FOR INFO:
According to the Riviera Nayarit Barometer, by the end of January 2019 the destination had 345 hotels with 16,717 rooms distributed between Nuevo Vallarta, Compostela, and San Blas. The average occupation is above 75% with 433,178 occupied room-nights.
Below please find a list of hotels and restaurants in the Riviera Nayarit that have received a AAA award. For more information visit https://newsroom.aaa.com/diamond-ratings/ 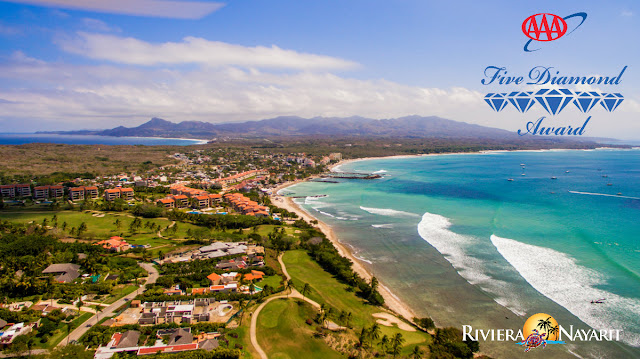